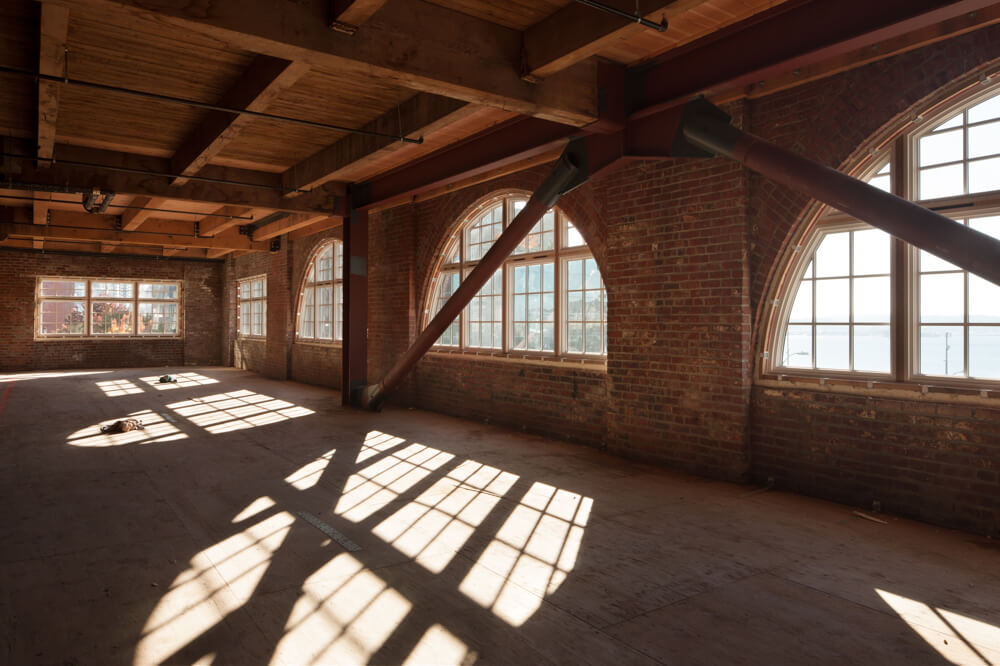 Built in 1909, the 63,768-square-foot, four-story heavy timber and masonry building stood silent for decades, tantalizing Ed Weinstein, FAIA, with a wealth of adaptive reuse possibilities to revive this landmark near Seattle’s Pike Place Market. Over the years, the building had served as a parking garage, auto body shop and furniture warehouse. Today Union Stables shines as a Class A office center and treasured Seattle landmark listed on the National Register of Historic Places.

Weinstein’s initial contact with Union Stables goes back to the early 1980s. Early in his career, Weinstein worked in an office just across the street from the aging stables. “On a number of occasions the Union Stables owner had me look at different options for the building, including office and multi-family housing.” Then, after three decades of false starts, the stars aligned in 2013 for the long-awaited restoration.

“A well-regarded construction company was looking for a new home. They purchased a 50 percent interest in Union Stables, with a plan to renovate it as their headquarters. At that point, we committed to become a tenant and design the facility,” Weinstein says.

Weinstein heads Weinstein A+U, a Seattle-based 35-person regional architectural firm that works on “a broad cross-section of project types,” including retail, office, public-sector work, mixed-use and multi-family. The firm has won about 70 design awards from the American Institute of Architects. 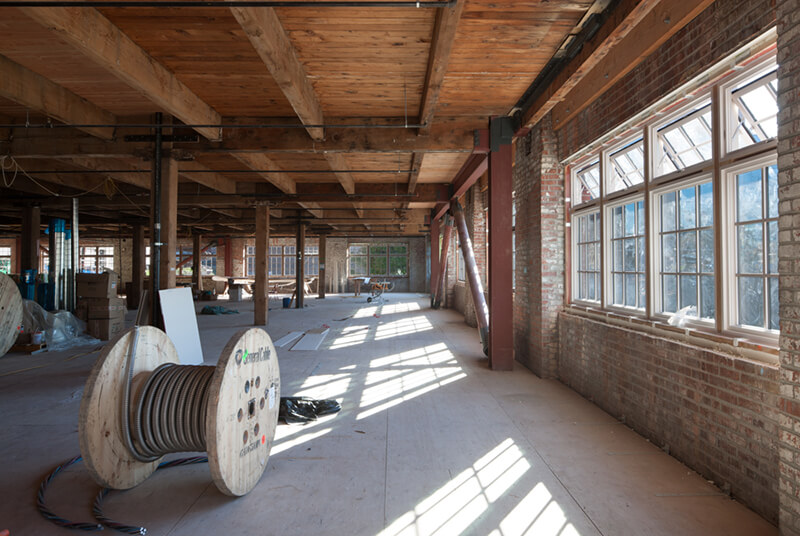 The reinvention of the stables called for a seismic retrofit, façade restoration, new HVAC and plumbing systems, and the addition of a fifth-floor penthouse. Every effort was made to maintain the building’s character, such as preserving the heavy timber columns—right down to the gnaw marks left by restless horses.

As for the windows, that renovation decision to restore, replace or replicate was easy—they didn’t exist. The windows had been removed about 25 years earlier and replaced with plywood painted to resemble a window, Weinstein reports.

To balance the demands of the local landmark preservation board and the U.S. Department of Interior with the project’s budget and aesthetic, Weinstein turned to Marvin. “We replaced them with Marvin windows that were close in pattern and profile to what we could determine from old photographs,” he says. With Marvin, Weinstein was able to specify standard size windows while satisfying the need for accurate historic detail, without having to build fully custom.

“The sash and profiles were absolutely perfect,” he says, praising the new windows.

Marvin was ideal, Weinstein says. “They were simple and direct,” he observes. “We wanted to abstract the divided lite windows that were here before. The new windows are a single large panel of glass with a spacer bar in the cavity and muntin bars affixed on the inside and outside to match the original pattern. We achieve economy with aesthetic accuracy.” 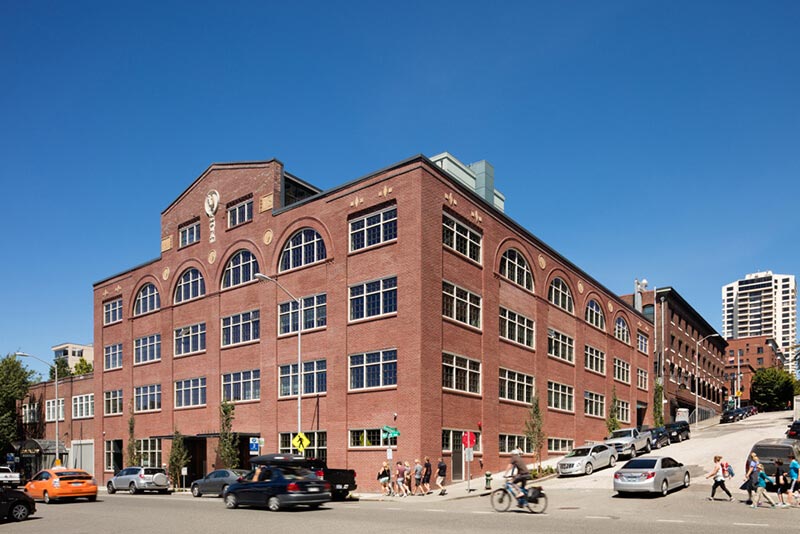 What’s more, he says, “their energy performance met our criteria very well”—so much so, that they helped Union Stables earn LEED Gold certification from the USGBC. The reborn Union Stables delivered in early 2015 was greeted with wide acclaim. Among several distinctions, it won the 2015 Washington state NAIOP Redevelopment/Renovation of the Year Award.

Weinstein’s persistence of vision yielded an especially sweet reward. “I’m now sitting in my chair, looking out at my old office from 35 years ago. It feels just like yesterday. I’m gratified the firm has grown and stayed in the neighborhood. It’s wonderful to be in a building with a charismatic architectural character and premier office amenities.”