This Home's Unique Shape is Designed to Capture Sunlight

The structure maximizes changing daylight conditions with a window-filled, L-shaped floor plan that flows onto a lush landscape.

For homeowners Roula and Fotis, the completion of their modern residence on the North Shore of Long Island marked the end of a long journey. Although they both grew up in New York City, the couple desired more space for their two sons to freely roam and enjoy the outdoors. Yet, the couple’s plan was never to build a new structure but rather renovate a French-style one that existed on the property. That all changed when, just weeks before they were to move, a devastating fire destroyed the home, leaving them to consider a completely new plan.


That’s when THE UP STUDIO stepped in and convinced the couple to rebuild with a design that literally centers around nature. “We initially talked with Roula and Fotis about our idea to use their property, which was lush with landscaping, to engage the architecture,” says architect John Patrick Winberry. The core idea was to rotate the back of the home ninety degrees, designing the main living spaces around an L-shaped corner. “The change gave us an opportunity to follow the path of the sun, allowing it to interact with the interior,” he adds.

Architects Adam Wanaselja and John Patrick Winberry, along with their team at THE UP STUDIO, designed the rear of the home around an open corner, allowing the main interior spaces to bathe in daylight during all seasons.


Throughout the main living spaces, large windows and doors overlook a sparkling pool and picturesque greenery—enhancing the views from every room and creating a stronger connection with the outdoors. “We selected Marvin for the windows and doors because they gave us the most flexibility,” comments Winberry. “The front of the house makes historical references, while the back makes more modern gestures. To be able to use one manufacturer and one line to address the duality of our design was a great benefit.” 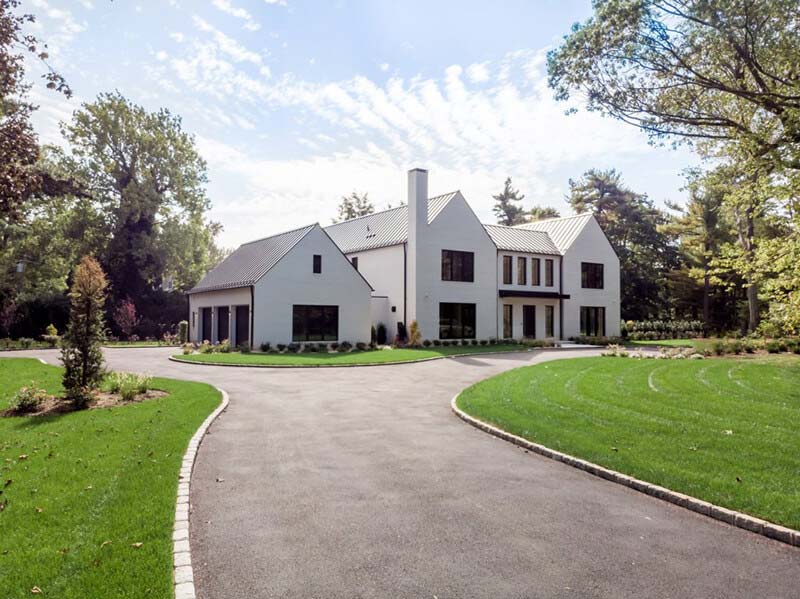 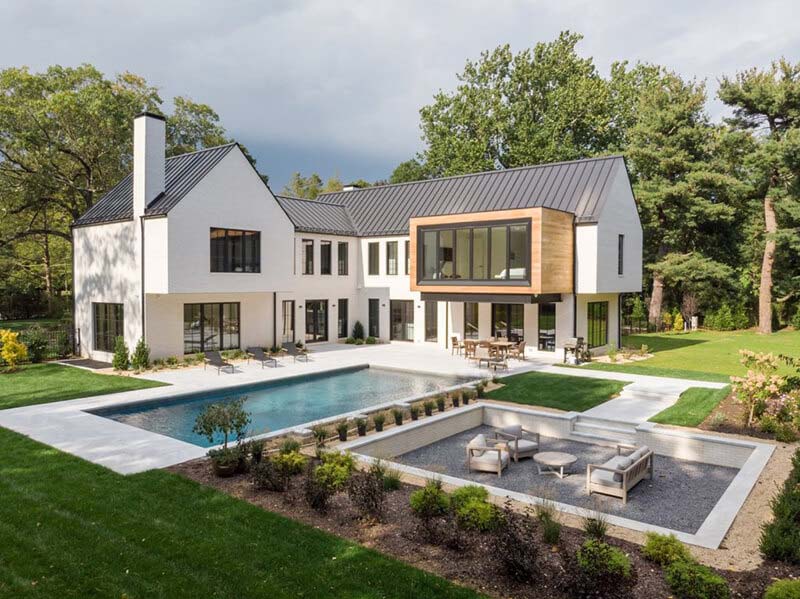 The home’s design relies on a mix of historical and modern references. For instance, the front facade reads as more traditional, while the back takes on more modern forms. 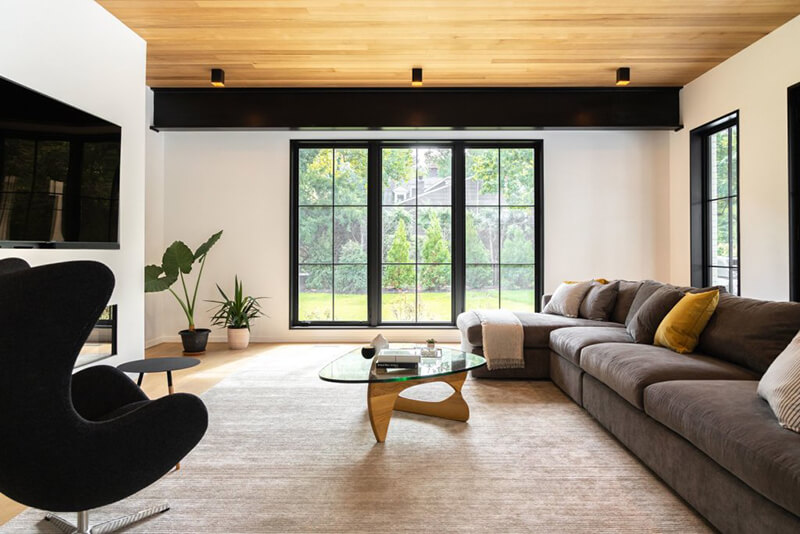 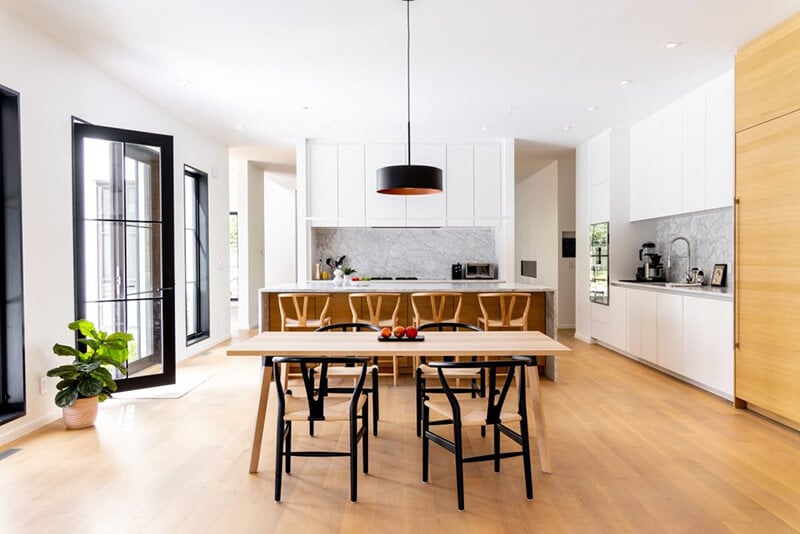 
“Our vision for the house was more of a feeling,” explains Roula. “We wanted an indoor-outdoor feel, with lots of light coming through.” The final design relies on expansive fenestration to create the atmosphere Roula imagined. For instance, the bright and airy master bedroom features a wall of windows overlooking the backyard. “The windows are an ever-changing piece of art,” she says. “At first I wanted shades, but then I realized how beautiful it was to wake up with the sun and look outside every morning.” 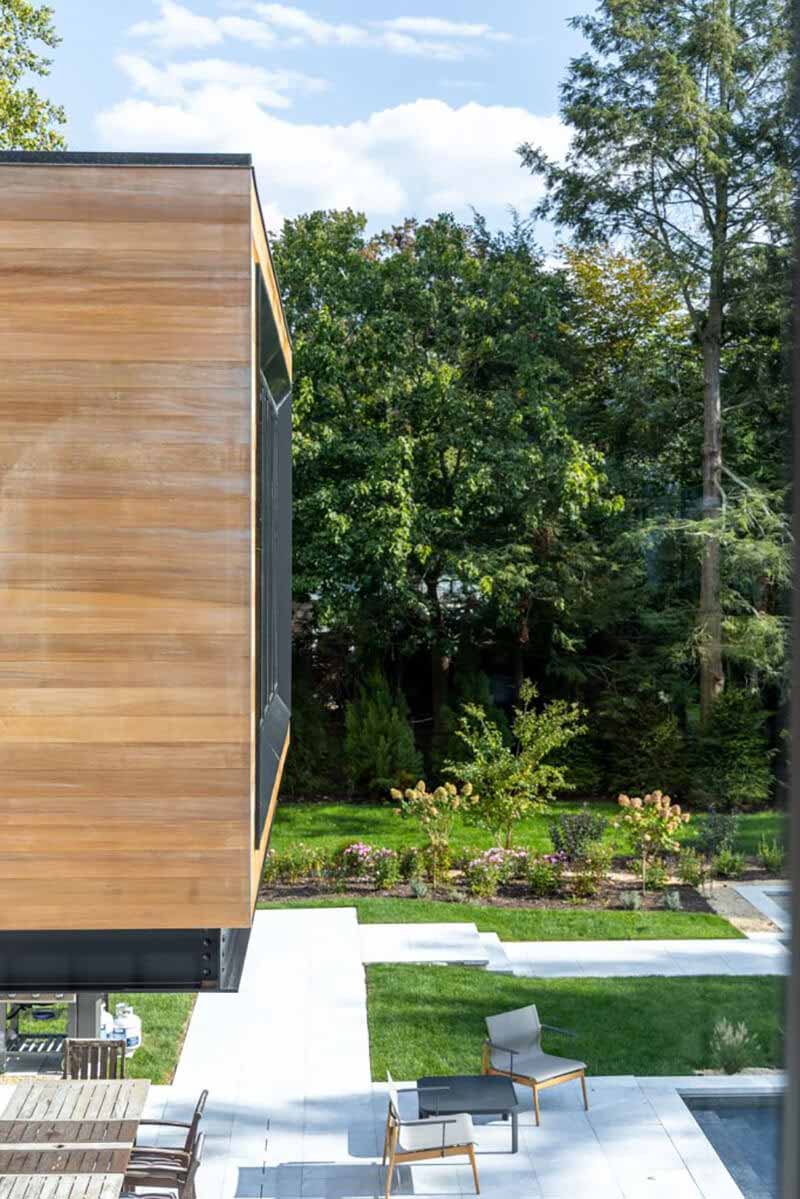 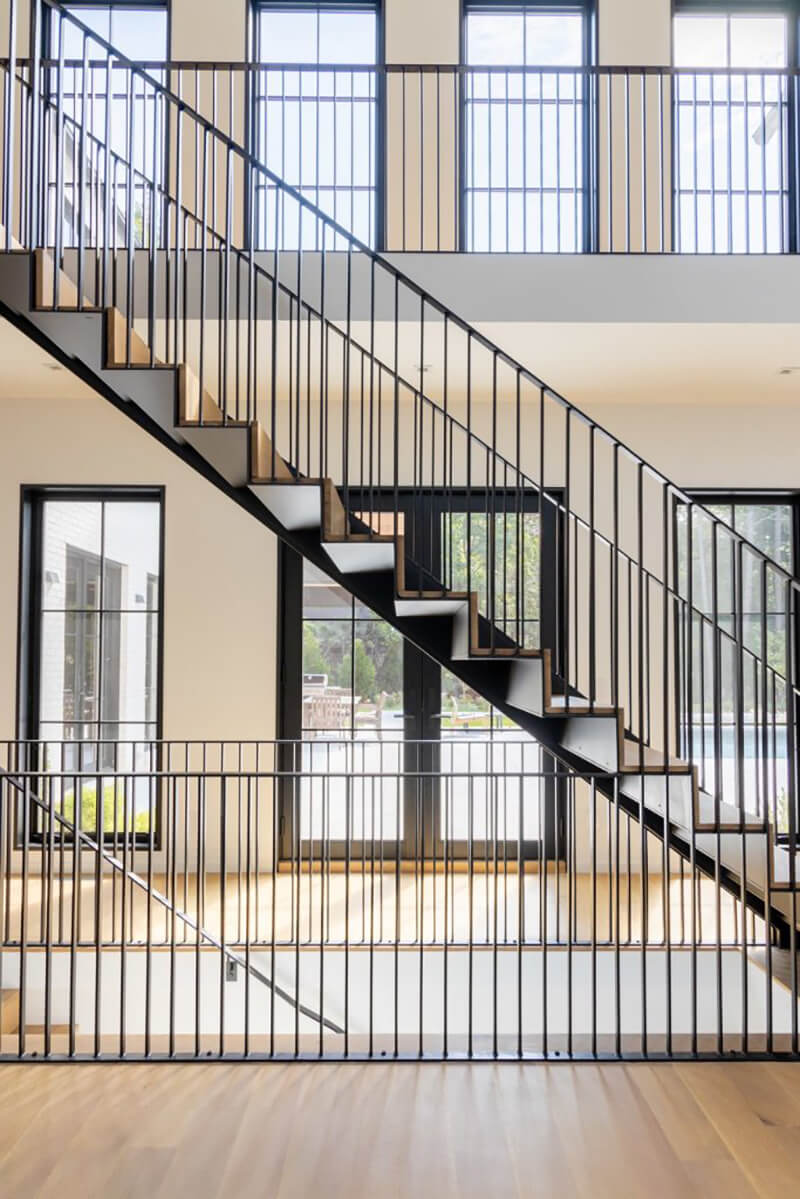 
Marvin windows provide a flush exterior and narrow jamb, allowing for slim lines and maximum views in the master bedroom. “I set up my pilates mat and workout there. Even when it’s raining, it’s amazing,” says Roula.


“We have two active boys who love to run around, and the way THE UP STUDIO designed this home allows us to be who we are without even thinking about it,” says Fotis. “The windows as part of the design were helpful in letting us achieve that continuous flow.”


The central staircase and landing is a dramatic focal point, enhanced by the home’s minimal aesthetic and a two-story backdrop of windows. “Having the double-height volume allowed us to focus everyone to the outdoors,” comments Winberry. 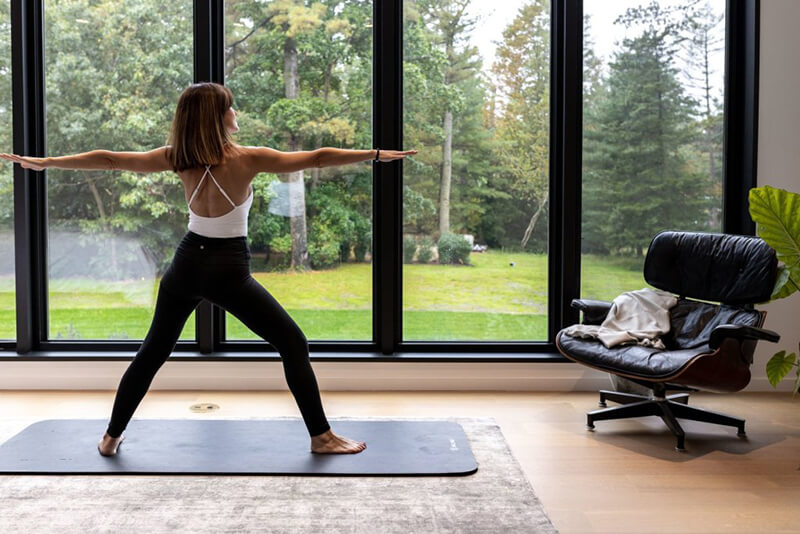 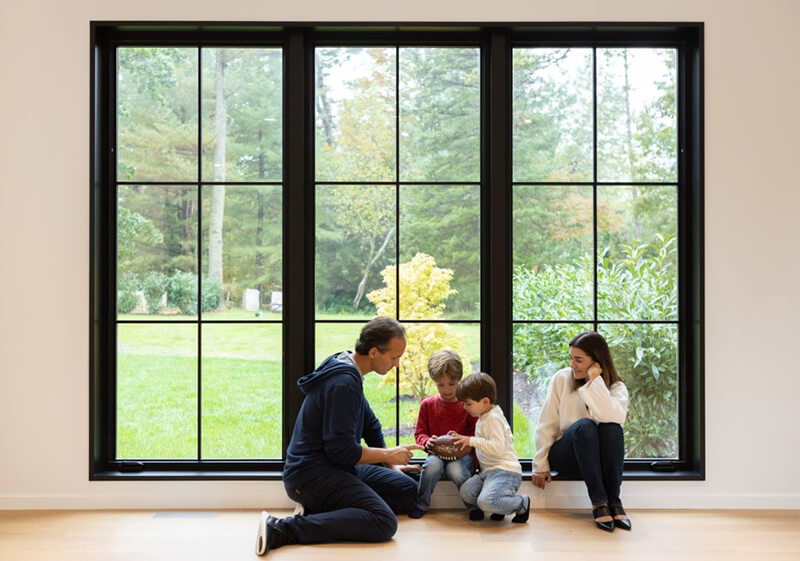 
For all that they love about the design of their new home, the surrounding nature is what made the couple want to rebuild. “After the fire happened, we went there to assess the situation, but everyone told us they could not salvage anything,” says Roula. “We asked ourselves if we should just pick up, leave, and buy another house, but we really did love it here,” adds Fotis.


Expansive casement and picture windows throughout the home allow the family to play without losing sight of the outdoors.


Winberry recalls a similar sentiment at the beginning of the project: “We came at a time when they did not want to be starting from scratch,” he says. “Yet, we felt there was a beautiful opportunity to do something new and fresh; to build them something from the ground up that would address their growing family.”


A look at the rear of the home, which connects several geometric forms around the open corner concept. The interior seamlessly flows outward to meet a large patio, pool, and sunken entertainment area.


In the end, the long process seems worth it. “When we lived in Manhattan, [our lives] were about doing everything together or nothing at all,” recalls Roula. “Here, we all have a lot more freedom.” Fotis agrees and adds: “It’s like a big game every day. We get to run around, jump around, and I hear my kids laughing all day. That’s really the best reward.”


This article originally appeared in Dwell.


Architect: THE UP STUDIO / @theupstudio 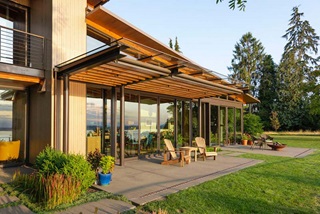 Learn the basics of assembling many windows to establish one commanding view with a showstopping window wall. 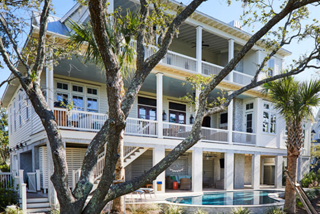 Let the Light In

Natural light has long been one of the most desirable aspects of a home. It turns out, there are scientific reasons behind the urge to live in a sunshine-filled space. 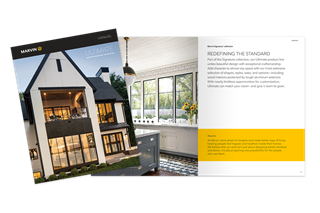 Get the Ultimate Catalog

Get detailed information on the Ultimate product line including types of windows and doors, color and finish options, sizing, hardware, and other key details.