What You Need to Know About Air Infiltration

In climates where temperatures dip in the winter, air infiltration can be a major cause of heat loss and a contributor to high energy bills. Complaints of drafty windows can diminish your customer’s overall satisfaction with their new home or remodel project. As a professional, you may be familiar with glass options to increase energy efficiency, but do you know that the type of window and the way it’s made might be an even bigger contributor? Different types of windows, even windows made by the same manufacturer, offer differing results when it comes to preventing air infiltration.

It’s not just about the glass

Glass coatings on modern windows do a tremendous job at managing heat loss and heat gain. Jeff Siverhus, Product Manager at Marvin, states, “Depending on the type of window, the center of the pane of glass can be the most energy efficient area on the entire window assembly.” While U-Factor and Solar Heat Gain Coefficient ratings are important, neither have any impact on how well a window will prevent air movement. When it comes to air infiltration, the real difference between one window and another isn’t the glass, but rather the window components and how well the window is assembled.

Which types of windows perform best? 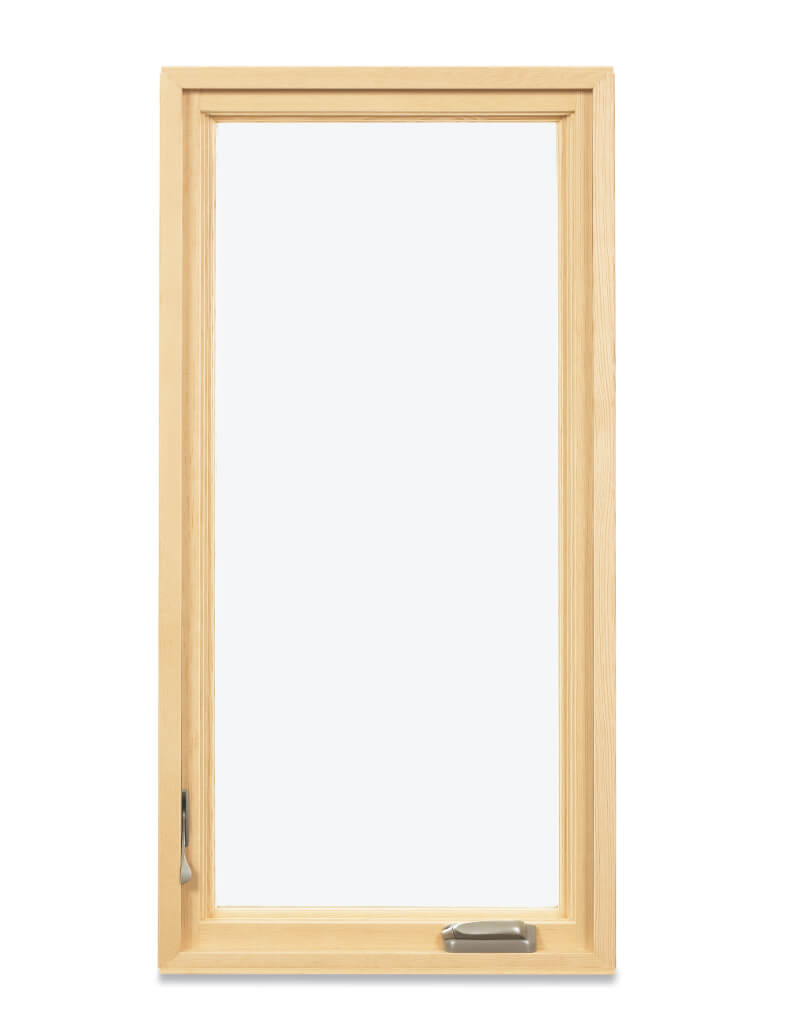 Casement windows are better at stopping air infiltration than any other type of operating window because of the tight seal that can be achieved around the entire sash. Jeff Siverhus, Product Manager at Marvin, explains, “The locking mechanism on Marvin casement windows are designed to pull the sash in tight, which creates a consistent compression of the weather stripping around the entire perimeter of the sash.” 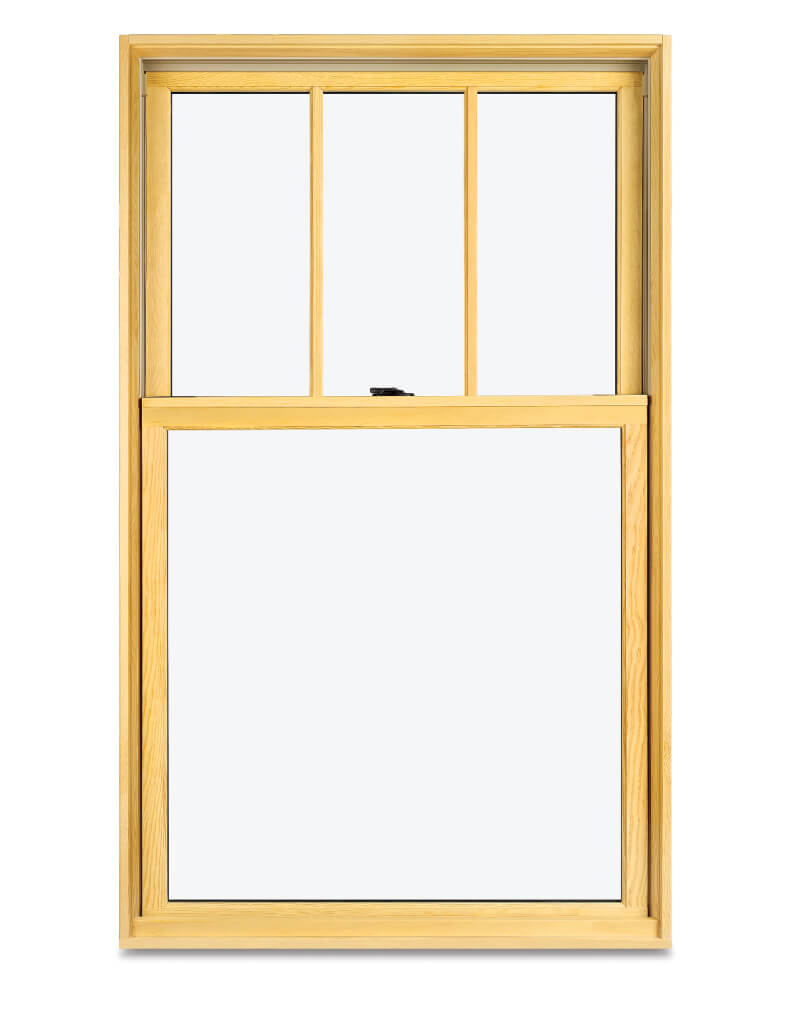 A popular choice for traditional or modern farmhouse-style homes, the double hung is a close second in term of air infiltration. “Though they can still be very energy efficient, double hung windows are less airtight because they do not have the same locking mechanism that sucks the entire sash in tight like a casement window does.” says Siverhus. “Also, compared to casements, there are simply more seams and linear feet of weather-stripping that are susceptible to air infiltration.”

If ventilation from the top sash isn’t needed, consider a single hung window to reduce the opportunity for air to infiltrate the perimeter. 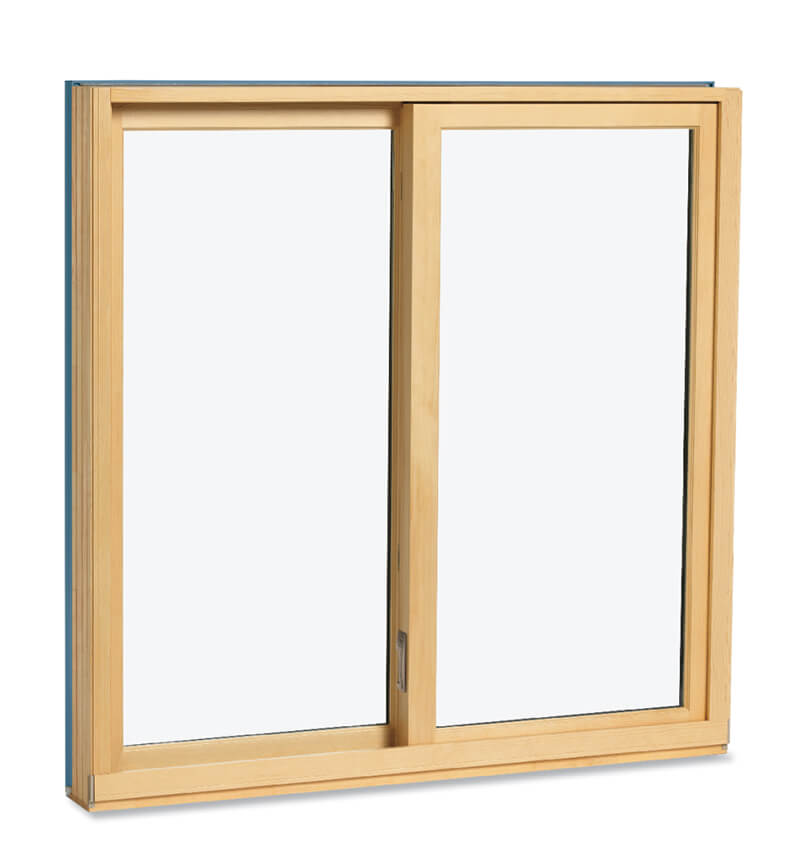 It’s important to note, however, that because they aren’t equipped with a check rail engagement or sill interlock, they can be more susceptible to air infiltration. Since gliders can be among the least expensive type of window, they will continue to be a popular choice for projects on a tight budget.

According to Siverhus, one way to improve the air infiltration performance of a slider or glider window is to choose a configuration with one fixed sash.

What to Know About Air Infiltration Ratings

Air infiltration is rated by the industry standard ASTM E283 air infiltration test, which measures how many cubic feet of air passes through the window per minute in relation to the size of the window. Looking to meet ENERGY STAR minimum requirements? Look for numbers lower than .30 cfm/ft2. The difference in ratings between various operable windows will vary by manufacturer, but to add context, Siverhus notes that for Marvin, all three of the window styles mentioned above are well below minimum requirements for air infiltration, with the Ultimate Casement Window coming in at less than 0.01 cfm/ft2.

If you want to make an apples-to-apples comparison, ask your window dealer for the air infiltration ratings on the windows you’re considering buying for your next project.

Windows are tested using the exact manufacturer’s installation guidelines. If installed incorrectly, even the highest performing window can be doomed to underperform. Follow installation instructions to the letter, and be aware of other factors that could affect the performance of the windows you’ve so carefully installed. Have a conversation with your painting contractor. Let them know that oil-based stains and finishes will cause weather stripping to harden prematurely, which will reduce their capacity to prevent air infiltration.

Keep in Mind – Windows are only part of the solution

Managing customer expectations is key to every successful project. Well-built windows can reduce a home’s energy bills and increase comfort levels, but energy efficient windows are only one component in creating a tight and energy efficient building envelope. A homeowner is bound to be disappointed if they pay for the highest quality windows that end up having very little positive impact on comfort levels because the house has no water resistant barrier, poorly insulated walls, and is riddled with attic air bypasses.

Take what you know about the energy-saving qualities of various windows and glass packages, and ensure they are one component of a host of efforts and improvements to the overall energy efficiency of a home.