What is a Prairie-style House?

A Prairie-style home blends with the landscape on the outside, with a focus on flowing functionality on the inside.

If the term “Prairie-style home” or “Prairie home” conjures up images of Laura Ingalls Wilder, you’re not alone. It’s a style of architecture with a short lifespan, but was not without influence on homes of today. Prairie-style emerged from the work of a group of young architects, including Frank Lloyd Wright. Its design was preceded by the Craftsman-style home, which materialized during the Arts and Crafts Movement. And, although the prairie-style home was short-lived, fading from popularity in 1915, its influence on modern architecture remains paramount. Many key elements are still seen today.


History of the Prairie-Style Home

Prairie-style got its official start in the early 1900s, but its origins began with some key events some 30 years prior. The first was The Great Chicago Fire of 1871. This fire devastated the Chicago area allowing new opportunities for up-and-coming architects. This was followed by The World’s Fair in Chicago in 1893. The majority of the designs presented during the expo were Classical Revival. The young architects found the designs gaudy and outdated, as they favored simplicity and natural beauty over the lavish, archaic European styles.

Cue Frank Lloyd Wright and a group of up-and-coming architects, later called The New School of the Middle West. They set out to “marry the building and ground” to produce a style of housing more suited to American life in the Midwest compared to the stuffy, mass-produced styles that were still common at the time.

In Oak Park, a quiet village on the Western edges of Chicago, The New School of the Midwest pioneered the first uniquely American architectural movement: Prairie-style. Inspired by the flat lines of the Midwest landscape, this new design sought to modernize and simplify buildings, making them more suited and appropriate for modern American living. The focus was on functional, open layouts and craftsmanship over the lavish adornments of the European era.

It should come as no surprise that some of the best examples of this style can still be found in high concentrations in the Chicago area. Wright’s Robie House is an iconic example of this style of architecture. 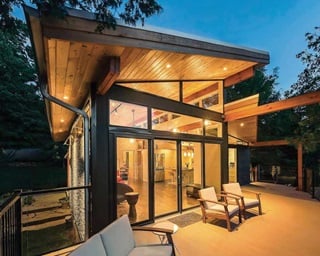 The goal of a Prairie-style home was to mimic the lines of the Midwest landscape. Hence, the most defining characteristic of this type of architecture was an emphasis on horizontal lines. To mimic the flat landscape, roof lines were often flat or shallow with dramatic, overhanging eaves and the exteriors were made of stucco or brick.

To accentuate the horizontal lines, broad centralized chimneys were prominent along with massive, rectangular porch posts. Very distinct windows were often a dead giveaway to the style. They tended to be tall and thin and placed in a row to create whole walls of windows. Windows were seen as an integral part of the “organic design” and served as pieces of art. Lastly, to marry the building to the outdoors, seamless transitions were made between the outdoor and indoor living environments.

Inside a Prairie-style Home

To align with the need for more functional and flowing spaces, one of the most defining characteristics inside a Prairie-style home was an open concept first floor that combined the living and dining room spaces. Natural, simple woodwork allowed the materials to stand out in their purest form. Themes were inspired by nature and materials were as natural and raw as could be. Large central fireplaces were common and furniture was often built in place. Entire walls of windows were common, allowing in huge amounts of natural light. 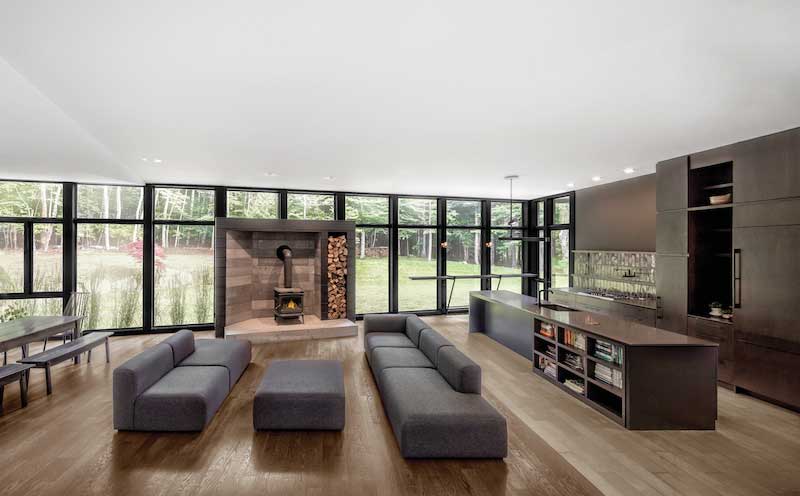 Even though true Prairie-style was only alive for a short time, it left an undeniable impact on American architecture. Today remnants of Prairie-style architecture can be found in many popular design elements: low-profile rooflines, open floor plans, natural materials mixed with a healthy dose of minimalism, walls of windows allowing in natural light, and seamless indoor/outdoor living.

Outside of Modern Prairie-style architecture, many of the core ideals that were introduced so many years ago are still found in the majority of American homes today. The need for a cohesive existence between inside and out, open floor plans with communal living space, and large amounts of natural light are just a few.

Marvin prides itself on historic design capabilities and values the same principles that led architects to create the Prairie-style design. These include the need for a natural connection to the outdoors, craftsmanship that allows glass to serve as a piece of art rather than simply a barrier to the exterior, and seamlessly combining indoor and outdoor spaces.

What is a Craftsman-style House?

The Craftsman-style home celebrates history with emphasis placed on the nuance and quality of time-tested craft and design. 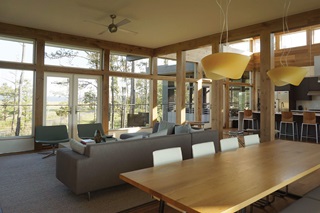 This striking beach house, on an island in federally protected tidal marshlands by Delaware’s Rehoboth Bay, is lined with windows that welcome sunlight and spectacular views from all directions. 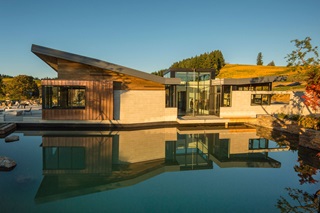