What is a Craftsman-style House?

The Craftsman-style home celebrates history with emphasis placed on the nuance and quality of time-tested craft and design.

You probably know something about Craftsman-style architecture. And it’s likely that you knew it was somehow related to Mission-style, Prairie-style, bungalows, furniture, and the Arts and Crafts movement. Don’t worry, you’re not the only one who can’t keep it all straight. This helpful article will sort out the distinctions and clear up the confusion associated with all things Craftsman-style. 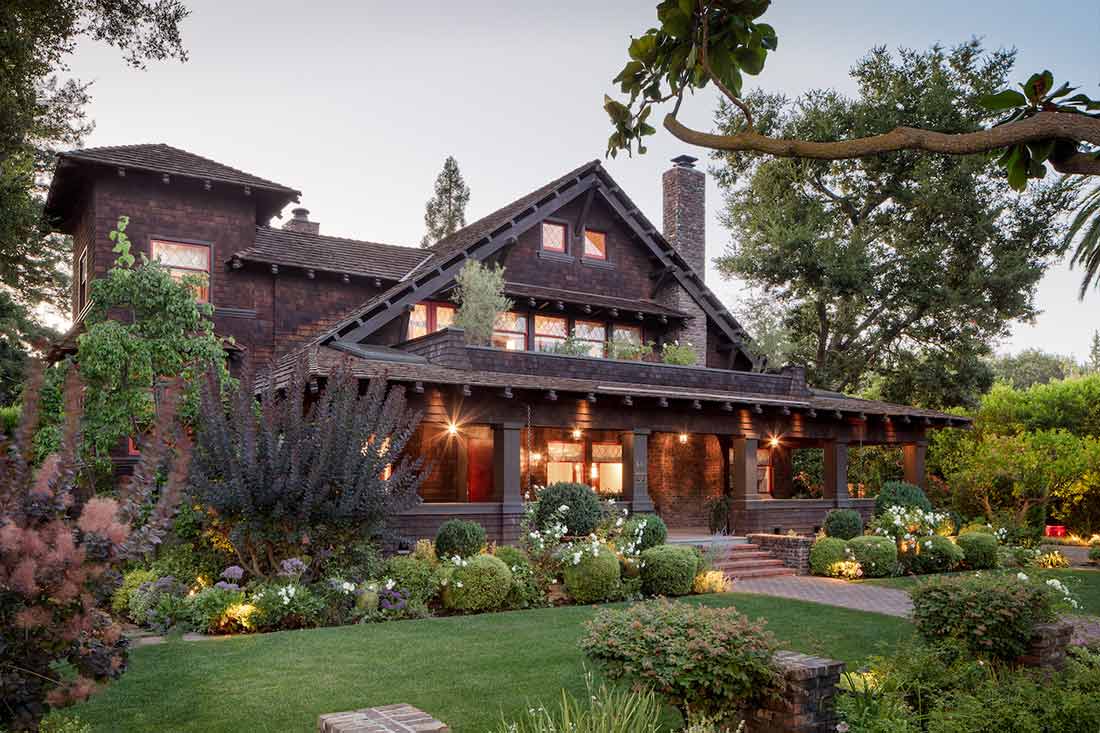 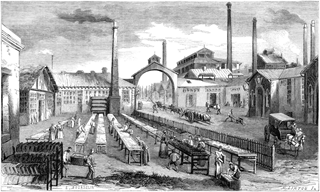 It All Starts with the Arts and Crafts Movement

Arts and Crafts was a British movement that began in the second half of the 1800s. Two of the primary founders of the Arts and Crafts movement were writer, art critic, and philosopher John Ruskin, and artist, poet, and textile designer, William Morris. Ruskin and Morris were critical of elaborate Victorian ornamental design and rejected the flawless, shiny surfaces and artificial character of the products mass-produced in factories. Arts and Crafts was also a social movement that opposed the long hours, mindless tasks, and often dangerous conditions that characterized factory work at the time.

Proponents of the British Arts and Crafts movement wanted the culture to move away from factory manufacturing and return to a time when most products were conceived, designed, and created by the same craftsman, someone who was an expert in their trade. They felt mass-produced products did not deliver the same unique qualities, satisfaction, and inherent meaning as hand-crafted products could. 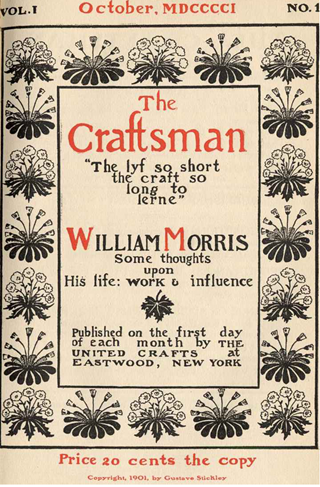 Stickley’s Craftsman-style furniture shared many of the same characteristics as Mission-style furniture that had gained popularity in California. It featured simple, solid, and unadorned design. With an emphasis on hand craftsmanship, Stickley furniture highlighted the natural grains of the wood, did not try to hide the mortise and tenon joinery, and showcased sturdy, hammered metal hardware.

Gustav Stickley continued to expand his operation and eventually built a 12-story department store in Manhattan where different floors were dedicated to a separate segment of the home buying process. A potential homebuyer could visit an architect on one floor to choose house plans, pick out plumbing fixtures on another floor, building materials on another, and of course, there was a floor where one could select and purchase furniture for the entire house. 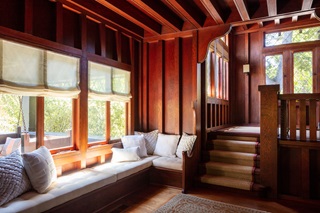 Inside a Craftsman Home

An abundance of wood with deep, rich tones is one of the main characteristics of a Craftsman-style home’s interior. Large trim profiles merged with wainscoting and near floor-to-ceiling paneling, often cover a good portion of the walls. Matching wood floors are either left bare or adorned with throw rugs with understated, natural motifs. Substantial staircases frequently feature wide planked balusters, sturdy handrails, and subtle inlays. 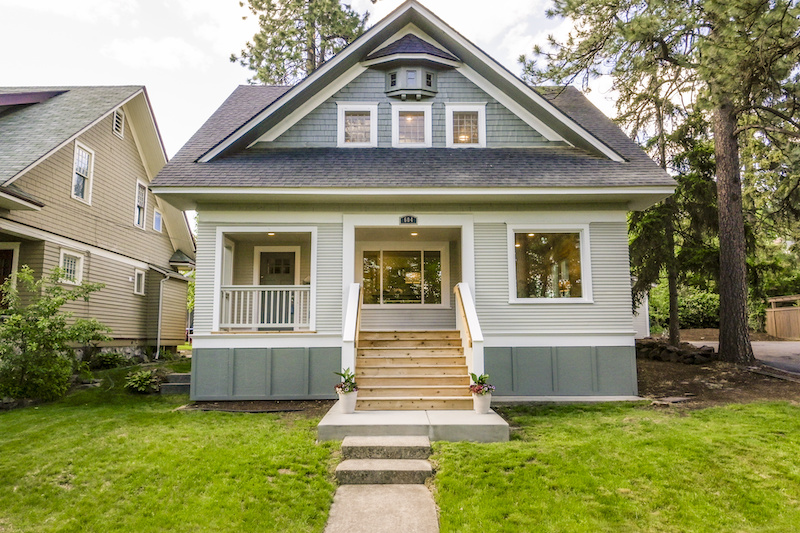 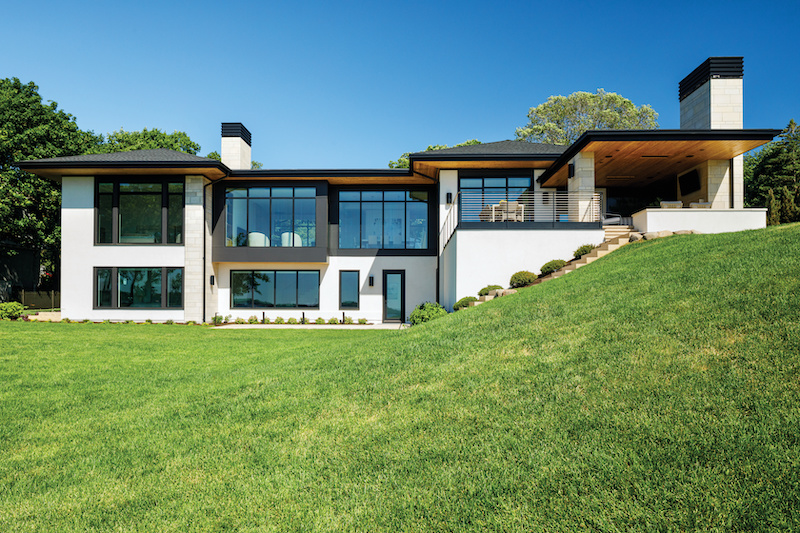 The Difference Between Prairie-style and Craftsman-style

Prairie-style is probably the most closely related architecture to Craftsman-style. Predominantly found in the Midwest, Prairie-style is closely associated with famous architect Frank Lloyd Wright, who was also influenced by the Arts and Crafts movement. Prairie-style developed alongside the Craftsman-style in the early 1900s and shares many of the characteristics like the lack of Victorian-style ornamentation, sturdy craftsmanship, the use of stone and earth tones, and the use of unique but simple divided light patterns confined to the upper half of the windows. 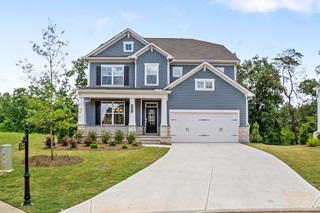 Bungalows Can Be, But Don’t Have to Be, Craftsman-style

You will often hear the term bungalow associated with Craftsman-style architecture. However, the term bungalow describes the overall structure of a house rather than characteristics of the materials and design elements employed.

Bungalows are typically smaller, lower homes comprised of one, or one-and-a-half, stories. While Bungalows do share many characteristics with Craftsman-style homes, like dormer windows and large front porches, bungalows can be built in many different styles like Mission, Prairie, and Tudor.

Gustav Stickley filed bankruptcy in 1915 due to a national recession and changing tastes in furniture. However, the popularity of Craftsman-style architecture lived on for another decade or more. The latter half of the 1970s experienced a resurgence in the interest in the Craftsman-style aesthetic, and by the 1990s, individual pieces of Stickley furniture were selling for hundreds of thousands of dollars. The Craftsman-style legacy lives on. If you were to drive around a newer suburban neighborhood today, it’s likely that you will see examples of Craftsman-style elements like stone accents, gable brackets, large front porches, and tapered columns. 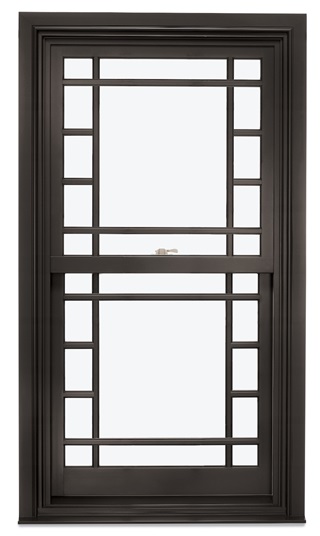 Marvin has earned a reputation as an industry leader in custom historic window replication and replacement. Whether you’re restoring a 115-year-old Craftsman-style bungalow or building a new Craftsman-style home with a modern twist, Marvin has your window solution. Marvin can create custom windows to match your home’s original windows. Marvin can also create custom windows to match your unique design vision, regardless of how ambitious. And if your home is located in a protected historic district, Marvin has decades of experience working with local historic commissions and the National Parks Service to provide the solutions that will deliver excellent performance along with the historical accuracy required. 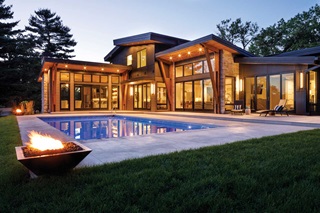 What is a Prairie-style House?

A Prairie-style home blends with the landscape on the outside, with a focus on flowing functionality on the inside. 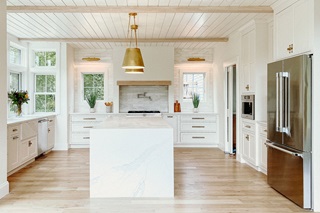 Can a Southern California-style bungalow feel at home in New England? Find out how the team at Oak Development and Design made it happen.