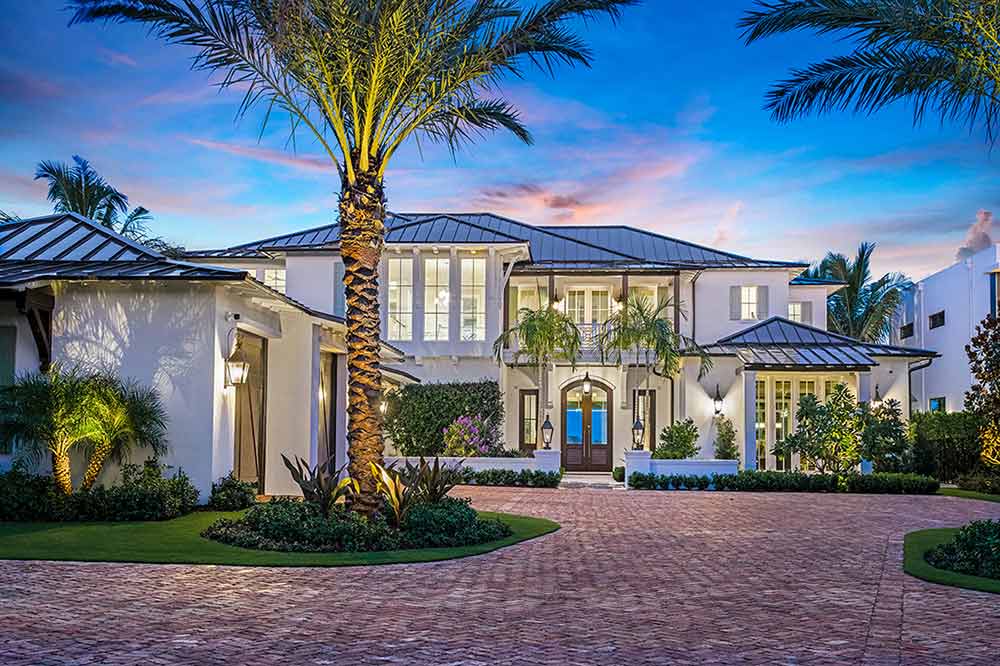 What are the Features of Coastal Colonial Architecture?

A grand presence, outdoor living, lots of views, and impact glass that will stop a flying 2x4.

This gorgeous home is located in Jupiter, Florida and is situated on the scenic Loxahatchee River, which flows into the nearby Atlantic Ocean. It was built by Onshore Construction & Development and designed by Affiniti Architects. 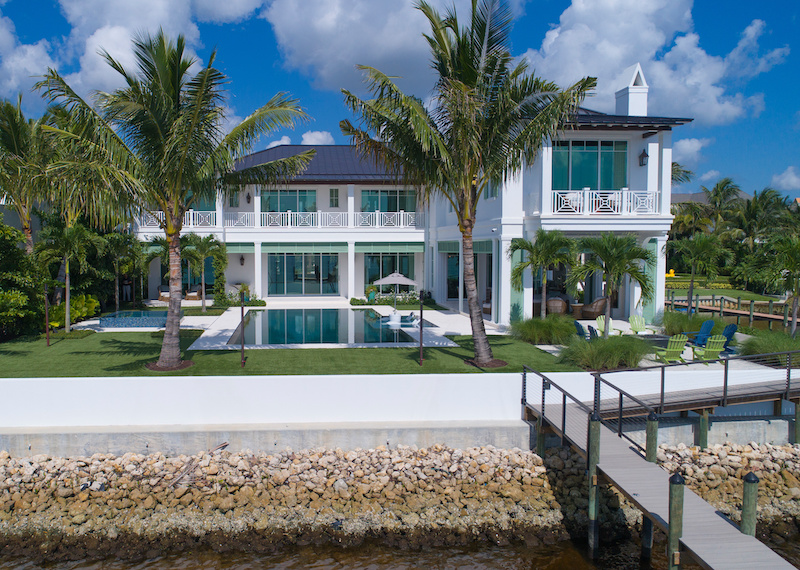 What is Coastal Colonial?

This home represents a style of architecture popular in southeastern coastal regions in the United States, a transitional design with a West Indies flavor that Matt Wheeler, designer at Affiniti Architects, refers to as Coastal Colonial. Matt explains their approach, “A lot of people are looking for this idea of timeless architecture, so we try not to steer into any kind of fad. We strive to overlay this idea of timelessness and generational architecture that you can live in for multi-generations. Coastal Colonial is really just an adaptation of the very formal Colonial, but it has more freedom and doesn’t conform to rigid rules the way true Colonial architecture does. It adapts to its environment, as good architecture does, yet it still has this stature and grandness about it.” 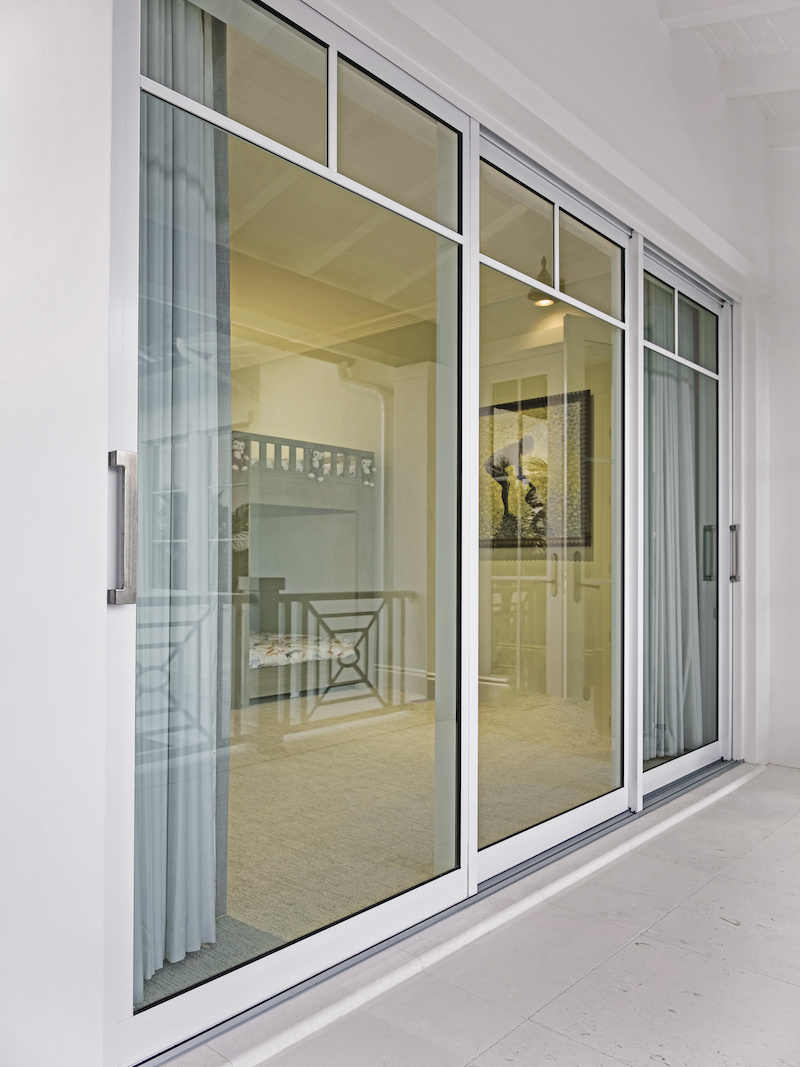 Even though the house has a traditional aesthetic, it features large expanses of glass. “We try to marry these ideas of clean modern concepts with traditional style architecture,” Matt said. “We don’t try to create a new language but look at the language in a different way. To that point, the glazing across the rear elevation becomes such a focal point and an integral part to this house. The house sings due to the fenestration that's there, and the Marvin Coastline windows and doors look fantastic.”

One of the obvious advantages of incorporating large and numerous windows and doors is the amount of light that floods indoor spaces. “This idea of natural light is really such an integral part to feeling the warmth in your house and to feeling at home. Unlike northern states, where heat retention is more of a worry, in a region like South Florida, we have the opportunity to really explore what we can do with light in a home. Again, it's taking this very traditional style and overlaying concepts of modern architecture like clean lines, simplicity, and a lot of light.” 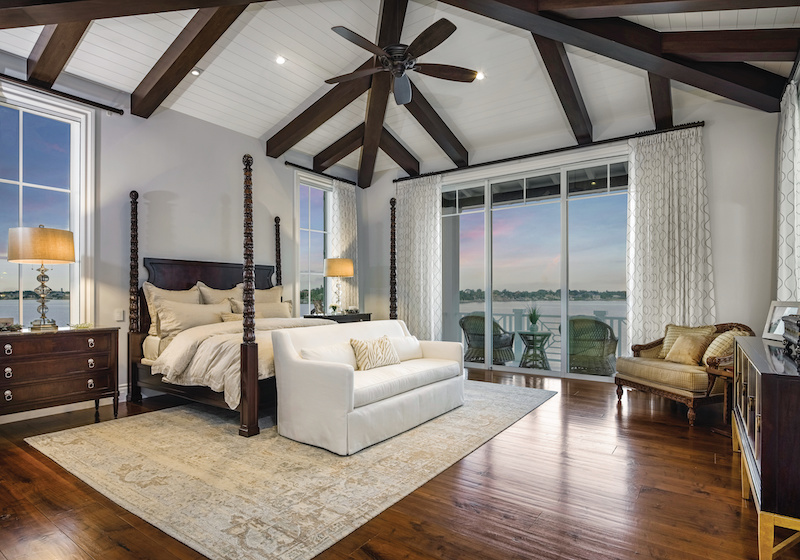 Views of the Water

One of the primary objectives when designing this house was to take advantage of the views of the river. “This house is on the Loxahatchee river in Jupiter which is a fantastic river, and the particular lot it's on has these incredible views. By incorporating this massive amount of glazing, we’re bringing that river into the house as much as possible. In addition to extensive views in many of the shared spaces, the homeowners and guests can relax in their beds and look out their floor to ceiling windows and doors and see miles down the river.” 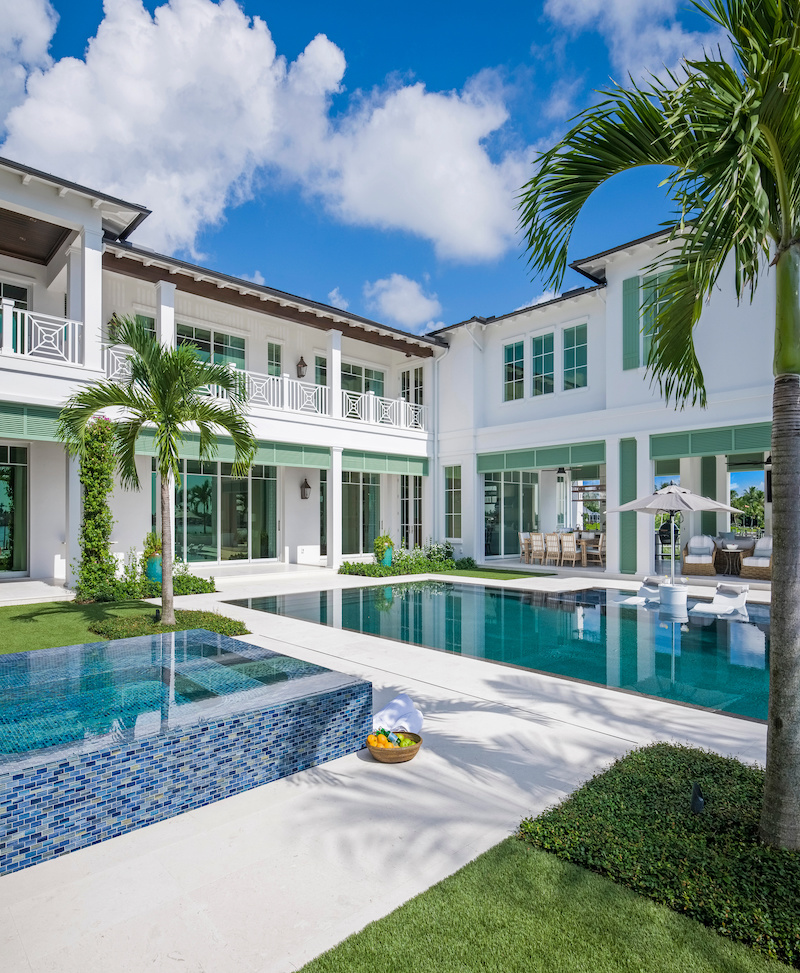 Outdoor living is such a huge part of the lifestyle in South Florida, and Matt understands how important it is that the form of a building itself naturally creates seamless transitions from interior to exterior spaces. “We designed this home so all the bedrooms across the top rear have their own balconies with huge French doors. And there’s a beautiful sliding glass door that opens so that the kitchen breakfast and the outdoor space all flow continuously.


“We wanted to make it so the homeowners can wake up, make breakfast, and go outside and sit without any additional effort than sitting in the interior space. When you get a good builder that can actually cut and perfectly place the materials in and around a huge sliding door where it doesn't interrupt the flow, it just becomes this homogeneous space. Especially on the more modern style homes where we'll design the ceiling to hit right at the top of the window or door.” 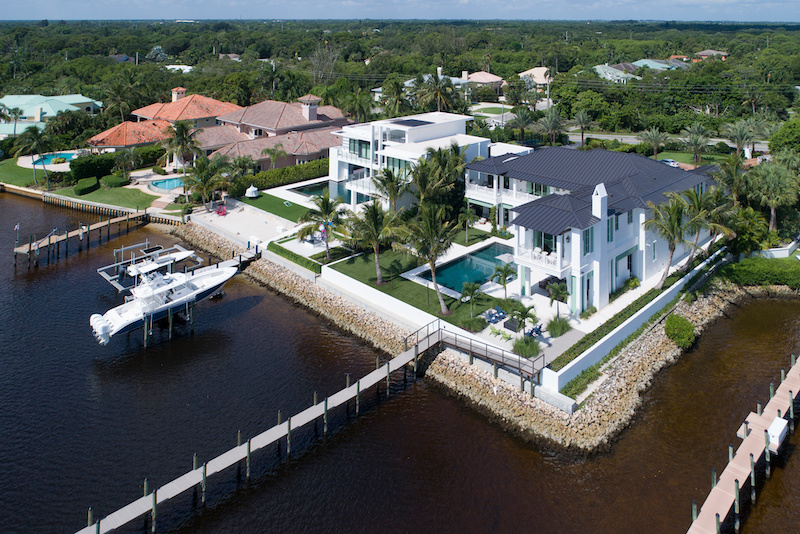 Homes in coastal regions that are threatened by tropical storms and hurricanes need windows and doors that can withstand high winds and windborne wreckage. Impact resistant windows and doors are tested by bombarding them with 2x4s flying at speeds near 35 mph and small steel balls at near 90 mph. “It's one of my favorite videos to show friends, where they literally fire a 2x4 at a window, and the glass shatters but doesn't allow the board to pass through it. It's just such an impressive thing.”


Miami-Dade has the most stringent building code requirements in North America, and impact rated windows and doors that can be counted on are crucial components in hurricane-prone regions. “We often have to address wind loads in excess of 180 miles per hour. These aren't insignificant design parameters. When I visit big builder shows throughout the year, I see some really cool products. The first thing I ask is: ‘Are you approved for use in Miami-Dade?’ And honestly, at least 80% of them aren't.”


Marvin Coastline windows and doors were chosen for this project because of their beautiful aesthetic, narrow sightlines, and because they’re made with thick extruded aluminum frames that will not distort in high heat or become brittle when exposed to the destructive UV rays of the sun like vinyl and some composites. And even the largest Coastline windows and doors are approved for use in all areas of Florida. “When I first started, eight-foot sliders were pretty typical, 10-foot sliders were really pushing it. Where now, we regularly call for impact rated, 12-foot sliders.”