When a young couple purchased this 1910s-era colonial revival in the Queen Anne neighborhood of Seattle, they loved the home’s classic, quintessential American architecture but wanted to update and modernize it without compromising its original character, charm, and period detail.

The extensive renovation was led by Anne Adams, principal of Adams Architecture in Seattle. Her plans called for the expansion and remodel of the kitchen, a new main bedroom with ensuite and, most strikingly, the addition of a sunroom on the West side of the home — a glass-encased sanctuary in which to enjoy unobstructed views of Puget Sound and the Olympic Mountains.

From a glazing perspective, the renovation consisted of replacing all the original double hung windows in the main house and installing new windows in the sunroom addition that would offer modern performance yet blend seamlessly with the traditional architecture throughout the home.

“[My clients] liked the vintage look of the old, original windows, especially the wavy glass, but they had concerns about security and energy efficiency,” said Adams. “Our goal was to do the total window replacement in a way that looked like the windows had always been a part of the house.”

The homeowners opted for Ultimate Double Hung G2 windows from the Marvin Signature Collection. The multitude of traditional sticking options and profiles offered by Marvin allowed Adams and the homeowners to meet their design goals and performance expectations.

The renovation was not without a few surprises. When the old windows were removed, they discovered that the home had been built with interlocking, structural clay tile that was covered in stucco. Before being replaced by concrete masonry units, structural clay tile was commonly used throughout North America in the late 19th and early 20th centuries, although it’s uncommon to find Seattle-area homes built in this way.

The unique building material did, however, provide an unexpected benefit; the extra thickness of the masonry wall allowed for greater setback with the new windows, which provided more coverage and protection from Seattle’s challenging temperate marine climate. Because the windows are not flush with the exterior wall, the masonry acts as an umbrella, shielding the windows from precipitation. To account for the recess, Adams worked with finishing carpenters to trim out the windows to give them a seamless appearance with the exterior wall.

The second part of the renovation involved the sunroom. “We wanted to use the same traditional profiles, but without the traditional grid to allow for unobstructed views of the harbor,” Adams explained.

To optimize views and comfort, Adams used a mix of large direct glaze and operable casement windows for cross- ventilation. Despite their lack of traditional embellishments, the windows in the sunroom work beautifully within the context of the rest of the home, while at the same time giving the space its own unique identity within it.

Any time so much glass is used energy efficiency is going to be a factor, especially in an energy-conscious state like Washington. “Washington state energy code is pretty strict,” Adams said. “We had to meet a prescriptive .30 U Value, which was not at all a problem with Marvin.”

Working back and forth with Marvin through shop drawings, Adams was able to make the small, yet hugely significant, changes necessary to create the precise look she had envisioned for the home. And because this was a very schedule-driven project, being able to make on-the-fly changes and still get the windows on time was crucial to keeping the build-out on schedule.

“Marvin’s lead times are outstanding. The turnaround [between feedback and delivery] was incredible.” 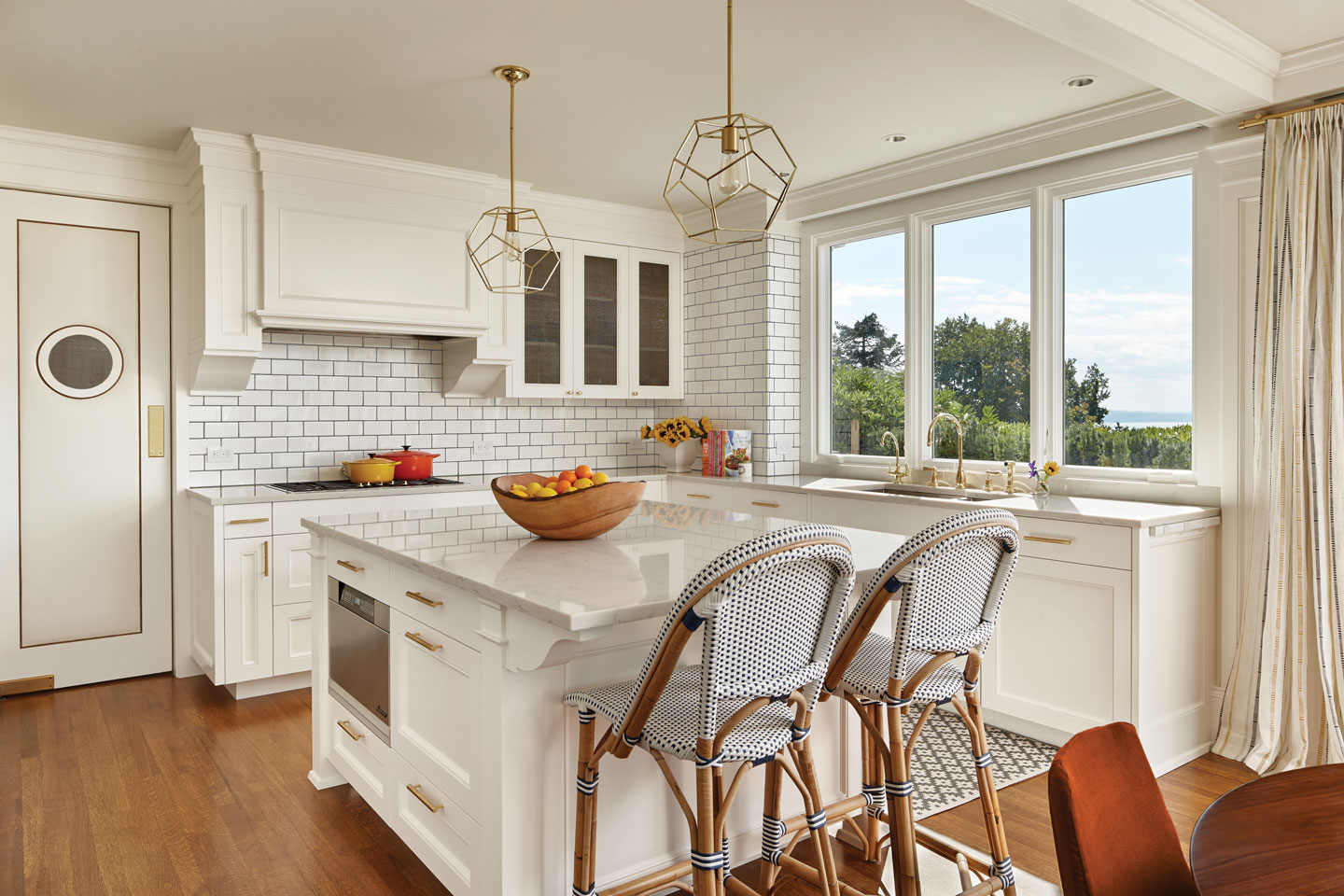