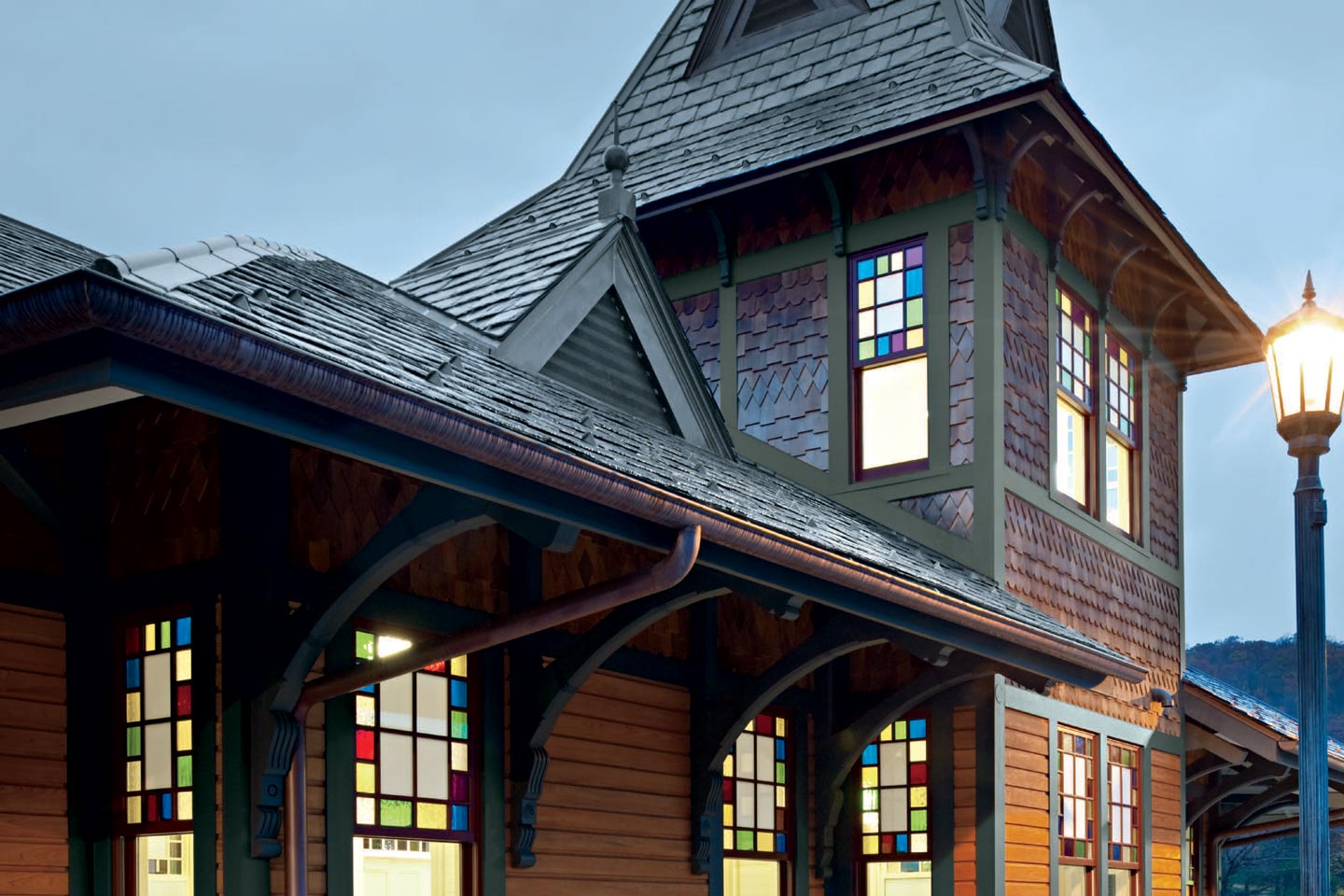 In Orange County, New York, the 1885 Tuxedo Station serves as a beautiful tribute to the Late Victorian architecture of the region. In 2000, the station was added to the National Register of Historic Places, and it still functions as a commuter rail stop. Sadly, a renovation in the 1980s removed many of the original architectural features except for some of the ornamental wood trim, one exterior transom window, and one interior door with a transom window.

In 2009, the town collaborated with historians to restore the station to its original appearance, starting with stylistic clues offered by the original elements. “By utilizing the original plans and old pictures, we were able to recreate the 1885 look of the building,” commented Tom Salierno, project contractor. Signature Ultimate Wood Double Hung windows with triple pane glazing and insulating glass were used to meet commercial codes as well as to satisfy the aesthetic objectives. No top casings were made, as historic photos showed an 8-inch band encircling the entire building above the windows. In the interior, Ultimate Wood Double Hung windows were also used with opaque glass to serve as ticket booth counters.

• Photos from the late 19th century were not in color, so the stained-glass window colors were an educated guess made by a local architect who donated his time.

• The original ticket booths were fitted with Marvin windows.

• The building now serves as both a train station and community center. 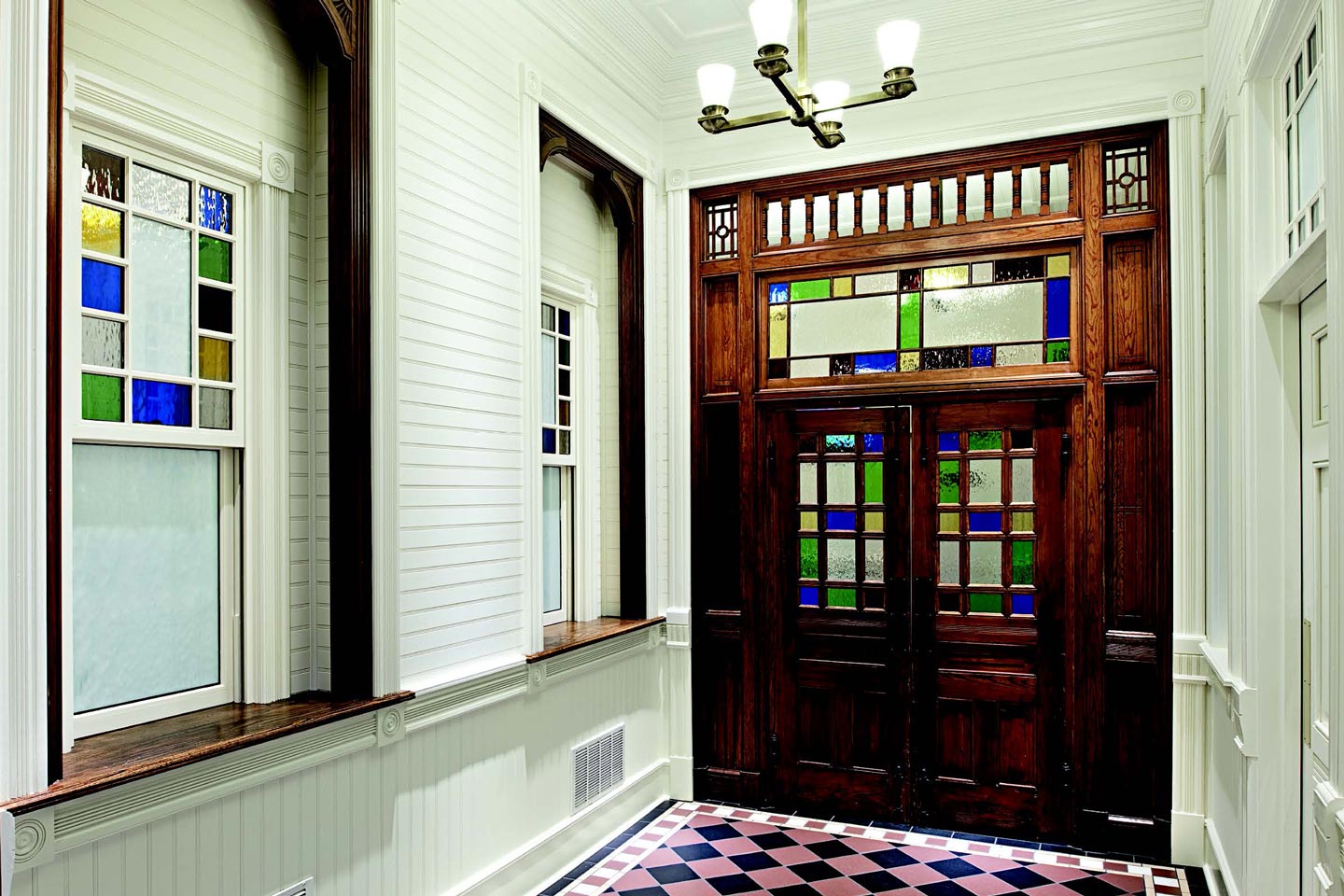