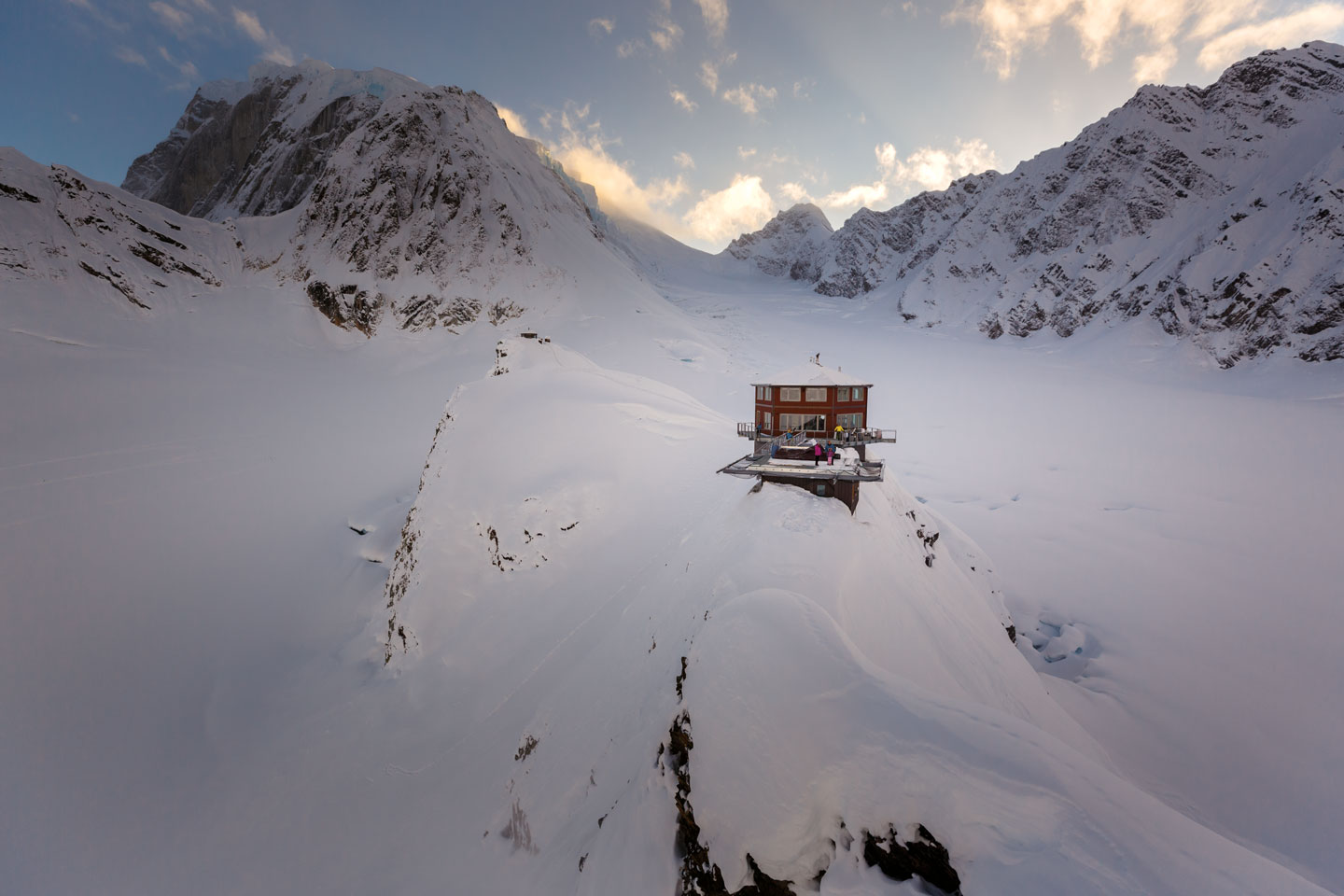 The Sheldon Chalet is a way-way-off-the-beaten-path luxury resort in Denali National Park, Alaska. It’s perched on a five-acre outcropping within the Don Sheldon amphitheater, a wide open 35-square-mile glacial plain. Grand in every way, the chalet is wrapped in enormous Marvin windows, which generously frame the snowcapped peaks that appear close enough to touch. With the aurora lighting up the night sky in incomprehensible shades of emerald, blue, and pink, and a galaxy of bright stars twinkling beyond, there may not be a more suitable place in the world.

Completed in late 2017, this luxury resort was built to connect people to the Alaskan wilderness and, in part, to honor the legacy of its namesake, Don Sheldon, a celebrated pilot and explorer who claimed the property through the Homestead Act in the 1960s. In 1966, he built a small, rustic cabin on the site, which was rented by mountaineers and adventurers. But Don had always harbored bigger ambitions for the site, and unbeknownst to the rest of his family, had committed his vision to paper. Years after his death in 1975, Don’s son Robert Sheldon, and Robert’s wife Marne, uncovered Don’s original architectural plans for the chalet, dated 1968.

“The new plans were designed similar to Don’s, how it’s anchored, the same six-sided structure, the windows,” Marne said. “The general contractor, Gene Desjarlais, of BEK of Alaska, Inc., had the knowledge and expertise that we didn’t. He understood and loved the vision and did a phenomenal job.”

The Marvin casement windows and outswing doors allow people to engage with the environment from the peace and comfort of the inside. At an elevation of 6,000 feet, the exposed site is subjected to 200 mph winds, heavy snowfall, temperatures as low as -100 degrees Fahrenheit, and the occasional earthquake. The windows impart a sense of luxurious serenity inside, while outside Mother Nature lashes the Low E2 IG glass with high winds and snow. “It’s just wild to be sitting comfortably, with a glass of wine, watching the elements wreak havoc around you,” Marne said.

The road to completion was long and drawn out due to the absence of actual roads. The windows were loaded into helicopters north of Talkeetna. From there, they were flown in and staged on the glacier hundreds of feet below the chalet and then hoisted up one by one, again by helicopter. “Not one window was broken,” Marne said with relief. “It was amazing.” The Denali Sheldon Chalet is many things: part living memorial to its namesake, part tribute to a place, all brought to life by the Sheldon’s wish to share it with the world.

• Marvin windows and doors designed to withstand winds of up to 200 mph.

• The weather was a huge challenge during the entire build– one day the crew had to shovel almost 15 feet of snow before they could start up again.

• To prevent swelling and breaking, Marvin used capillary tubes to maintain pressure within the sealed glass. 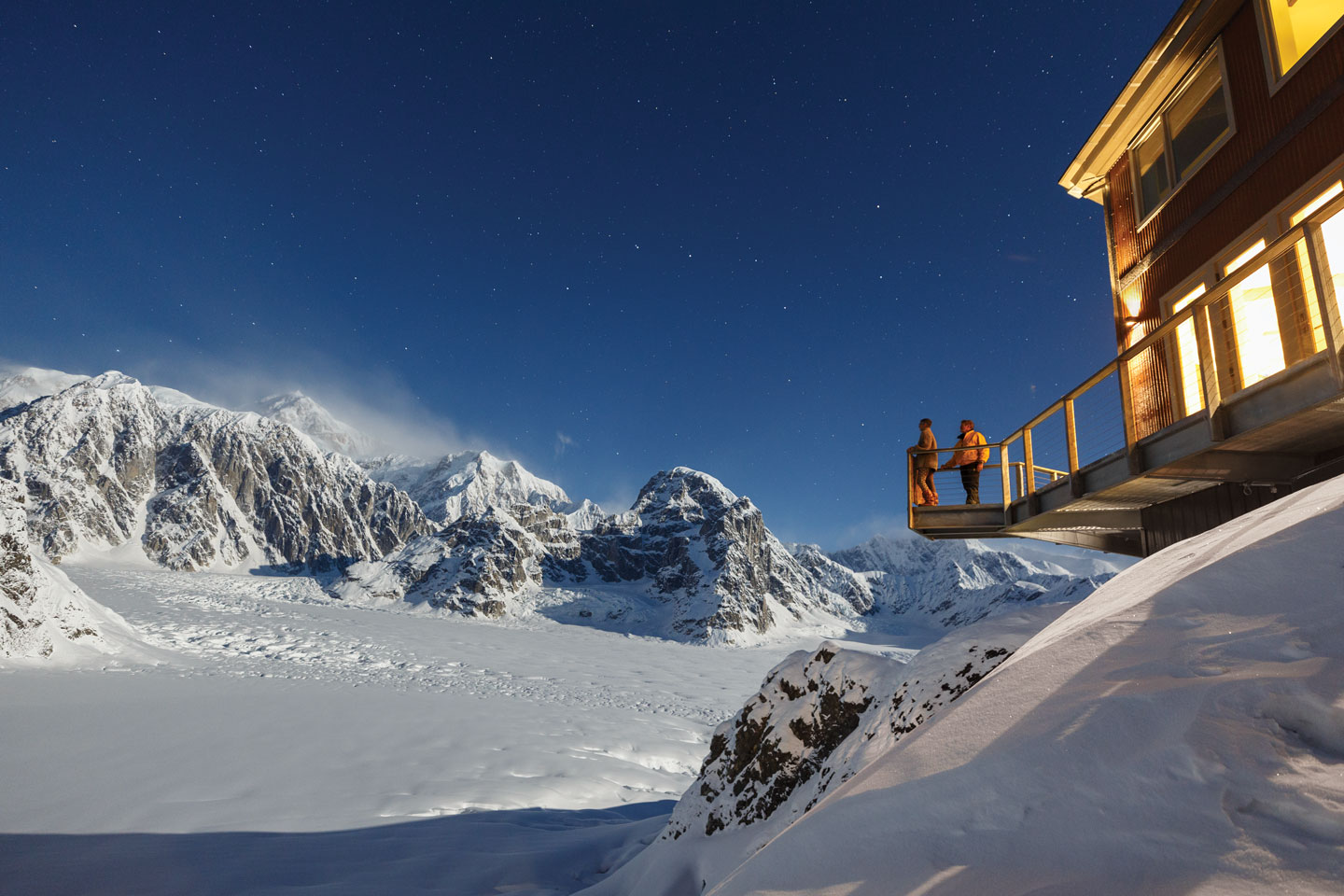 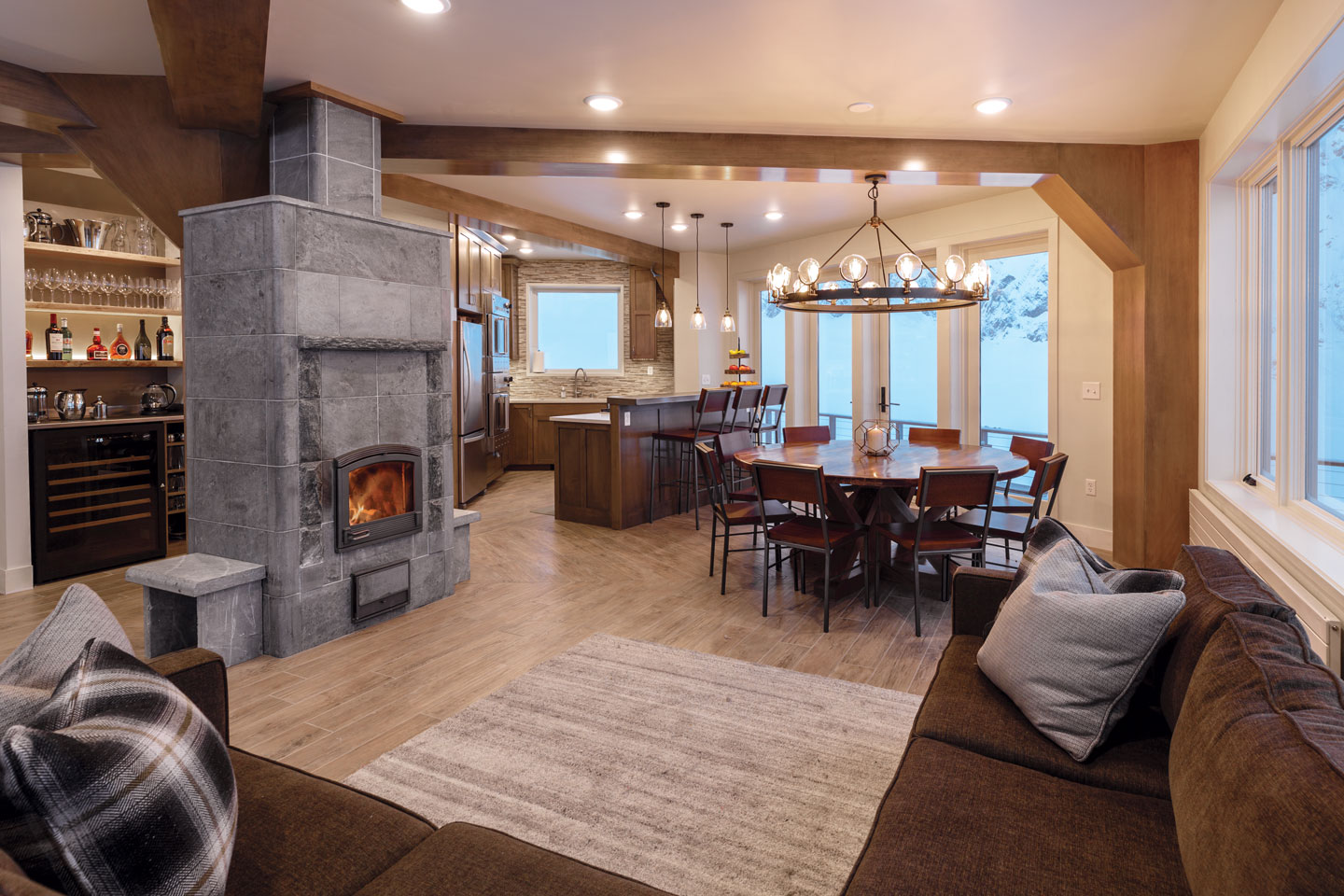