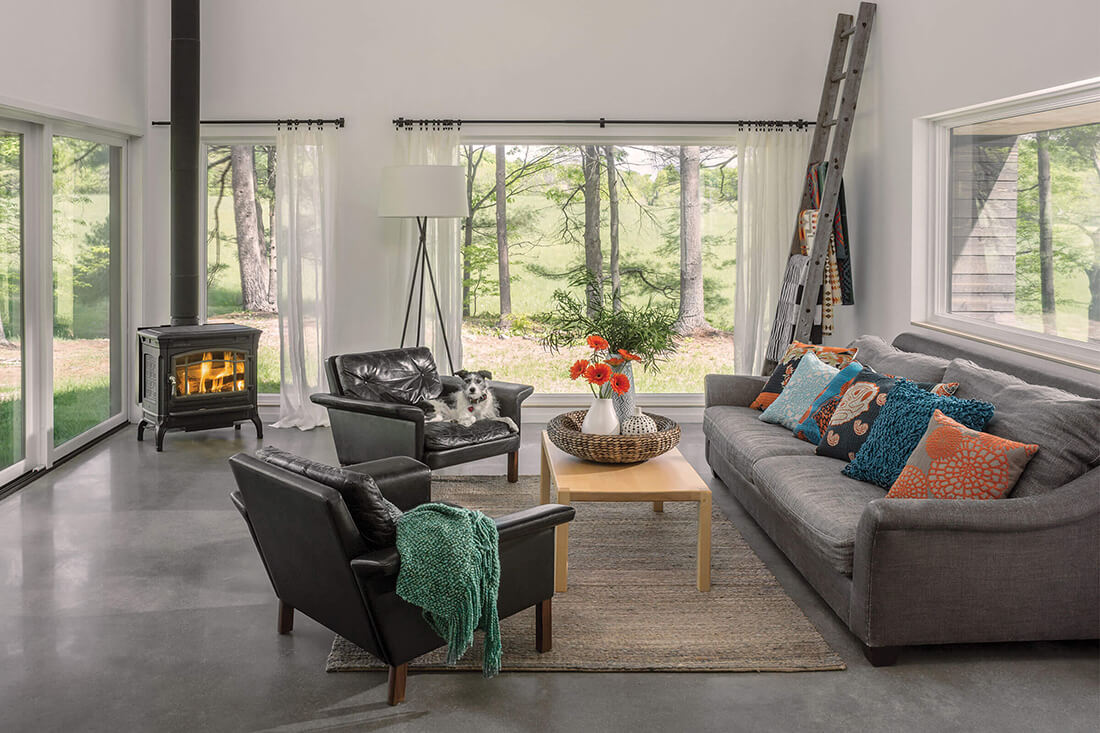 When architect Elizabeth Herrmann first arrived at the site of what would become the Knoll House, much of the land’s beauty had already been uncovered. “It was almost like the site was composed and I just had to bring in the house,” Herrmann says.


The stretch of land, located in the town of Ferrisburgh, Vermont, is an enchanting 10 acres of open meadow and forest. Throughout the years, it has served as a central part of the owners’ lives. It is here where the couple first got engaged, where they married surrounded by 130 family members and friends, and where they spent weekends camping outdoors, captivated by how the late afternoon light raked through the trees. Naturally, this is where they wanted to build a home—but they needed some help.


“They knew there was something there; they just weren’t quite sure what,” says Herrmann. The couple worked with a landscape artist to selectively edit and reveal the natural features of their property. “When I arrived, everything was looking beautiful already, and it gave us so much clarity as to how to respond to the site,” she adds.


The house is set atop a knoll, a wooded outcropping of rock ledge that overlooks the meadow. Herrmann designed the 2,300-square-foot home to feel like an outgrowth of the knoll—a space that moved with the land rather than interrupted it. Each room is arranged to maximize the connection to the outdoors and is uniquely shaped to its surroundings, offering a variety of experiences and views as one moves throughout the house.


“The owners wanted to have a contemporary feel and be really simple, quiet and reserved,” says Herrmann. The result is a home that is influenced both by nature and a Scandinavian aesthetic. Its exterior is a stained cedar that matches the landscape before it, and inside, monochromatic walls unfold and slip, revealing carefully edited views and giving the illusion of much larger spaces.


To succeed in bringing the outdoors into the home, Herrmann needed windows large enough to capture the scenic views. She worked closely with her Marvin representative to customize the large-scale windows needed for the project. “Our local rep is really great about working with architects and making our often limit-challenging designs come to fruition. Their expertise is essential,” she says.


She arranged the windows like large-format paintings, framing oversized views of the landscape and animating the space interiors with ever-changing and colorful compositions. “They’re beautiful windows,” Herrmann says. “They require no maintenance because they’re aluminum clad on the exterior, so you never need to paint them. All the sizes I could customize and they’re pretty great for efficiency.”


One of the biggest windows in the space is in the living room. Measuring 52 square feet, the window, a Marvin Signature® Ultimate Casement Picture unit, is a huge feature of the house and can be seen from the kitchen and dining room as well as the living room. “It is an ever-changing view, like a constantly running nature film,” says Herrmann.


Herrmann's understanding and careful design of the Knoll House brought to fruition the long-awaited dream of its owners. “The owners had such a deep understanding of the site,” Herrmann says. “That knowledge and intimacy was invaluable to the design of the house.” 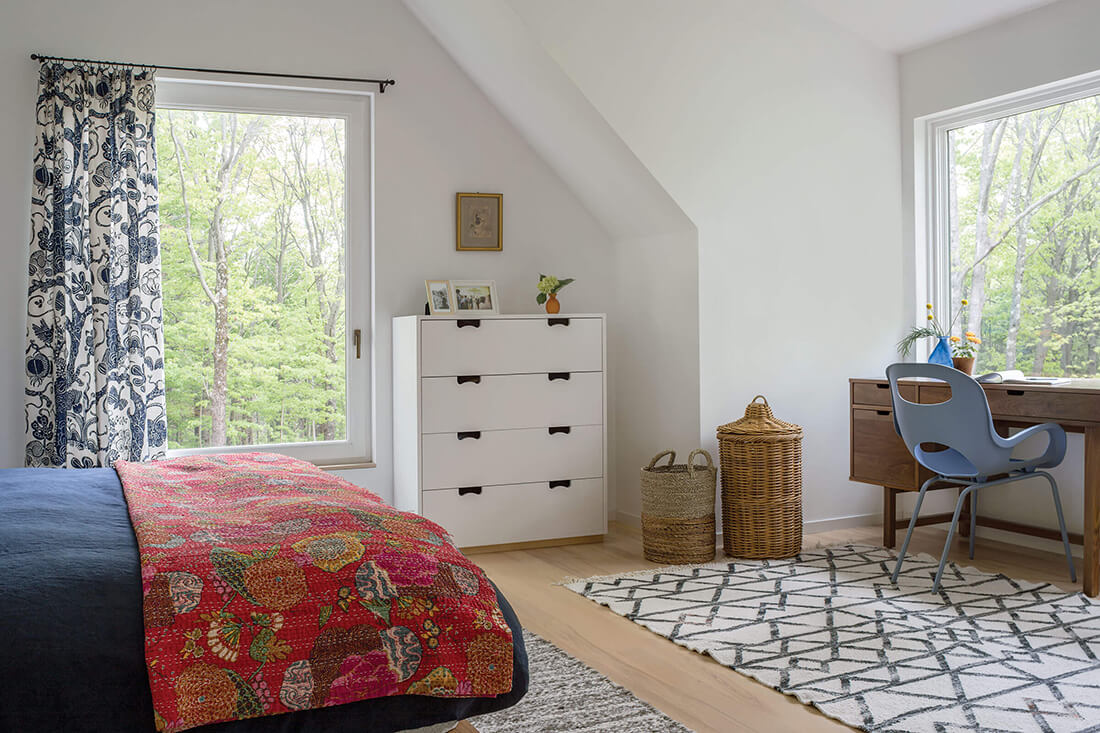 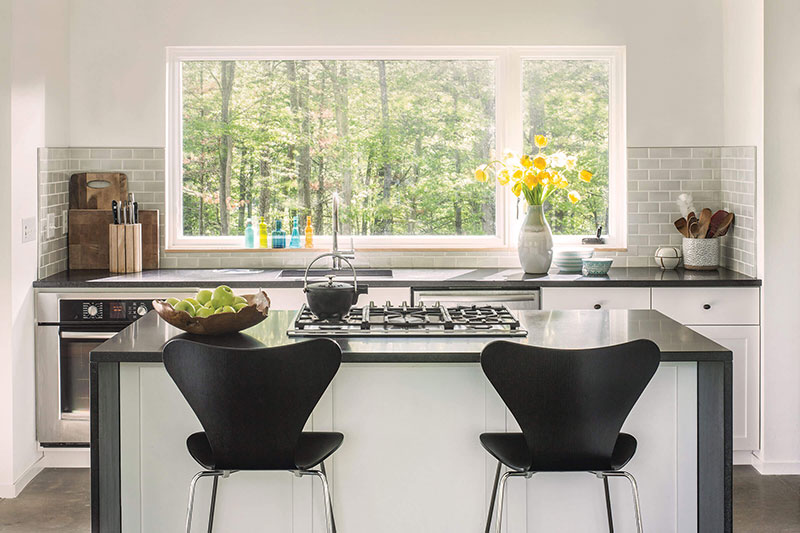 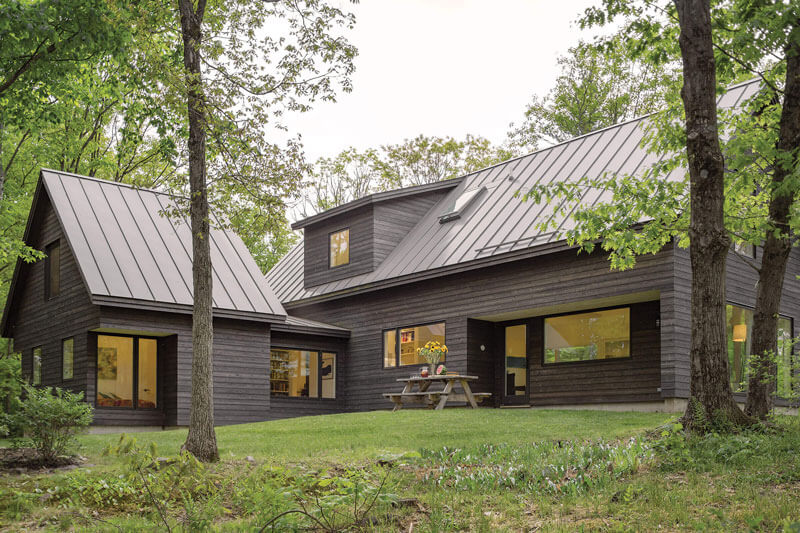