Preserving A Plywood Home 75 Feet From The Atlantic Ocean 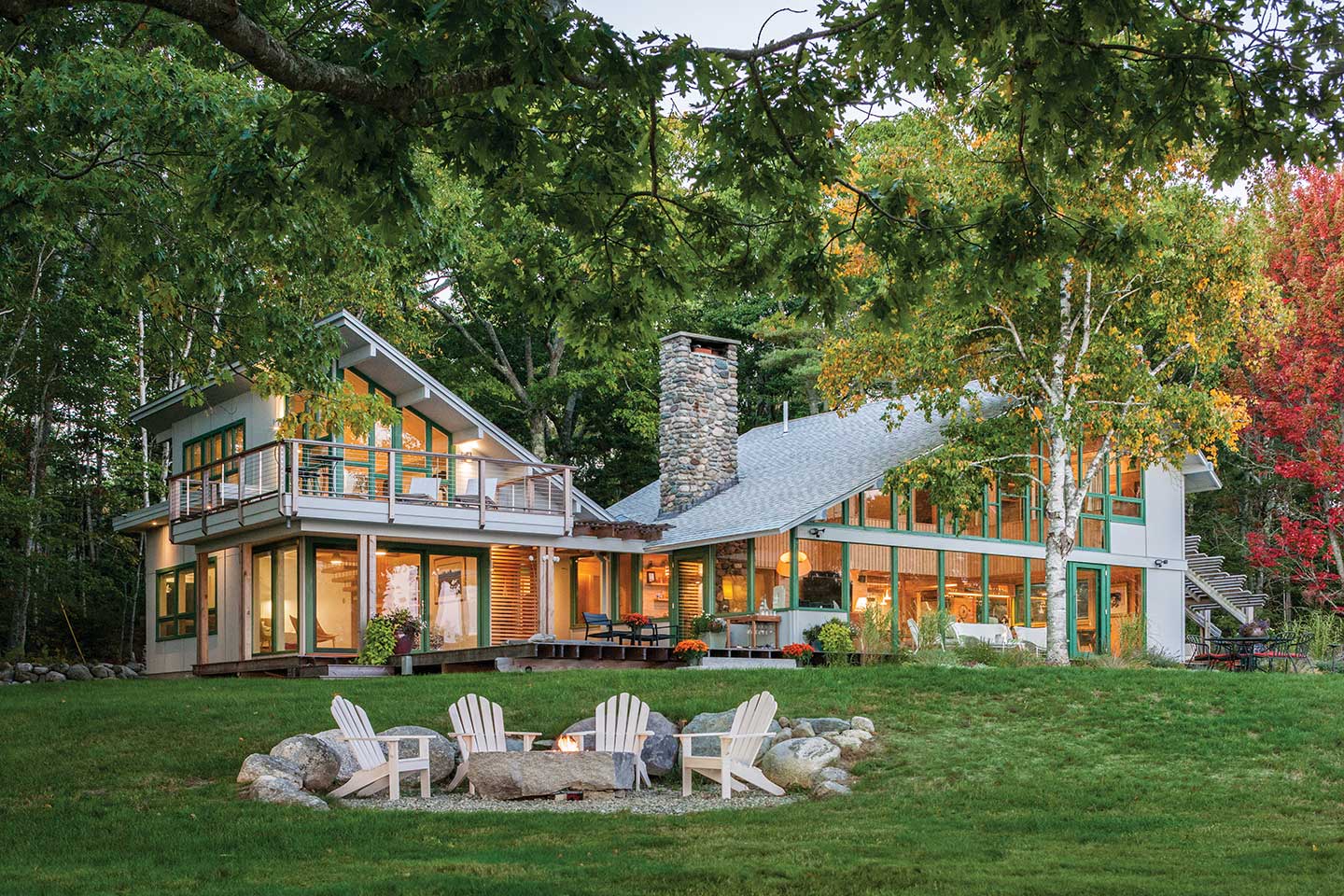 Architect Cooper Milliken was an M.I.T.-trained architect who learned precision and order working in the aircraft industry during WWII. Rigid organization, detailed glazing, and structure throughout every inch of a house were his calling cards—and he was responsible for the innovative design of several shorefront lots in Maine in the mid-60s.

One of these homes sits just 75 feet from the Atlantic Ocean, with a diminutive original floor plan of 1,800 square feet. A lack of insulation coupled with single-paned glazing and no interior heat source meant the owners had to vacate the property each fall.

The layout of the structure was organized on a four-foot grid system with 48-inch centers, meaning that regulating lines carried through the entire structure and established strict parameters for organization. The entire dwelling is clad in fir plywood, falling perfectly into a grid with little remnant pieces. This precision was not an accident, and the home’s exacting construction offered both challenges and opportunities when it came time to bring the design into the 21st century.

The son of the original owner approached the architects with a tall order. With generations of memories and dozens of summers spent in this home, he wanted to expand and reimagine the minimalist dwelling into an all-season coastal getaway that still honored the character and originality of the home.

“The owner conveyed to us he didn’t want anything between him and the view. You can stand in the kitchen and see uninterrupted out to the west,” said William Hanley, principal at WMH Architects, the firm tasked with reimagining the home for a new generation. “You walk up the stairs—you see through the stairs to the view. The house has this wonderful transparency to it.”

To make it a seasonal home, the exterior shell needed reinforcement that wouldn’t interfere aesthetically. Rain screens were installed and the fiber cement was re-sheathed. The single-paned, 55-year-old glazing had to be addressed. Where possible, the glass was reglazed or resealed, new jambs were installed and custom-designed Marvin Casements were added and organized with the same proportions and considerations of the original glazed window wall.

The original structure and the subsequent updates are reminiscent of the “deck house” style—a type of mid-century modern architecture characterized by post and beam structure, cedar tongue and groove planks on the ceiling, and careful planning of long horizontal bands of windows and sliding glass doors.

Beyond restructuring in the original dwelling, the owner opted for a fully modernized addition that would leave them snug even in the depths of a Maine winter. The floor in the addition has energy efficient, hurricane-rated Marvin windows and doors. True to the spirit of the original unit, all of the wood in the addition is locally sourced with a stainless steel cable rail system to create an unimpeded view through the panoramic windows all the way to the ocean.

This home was named the “Best in Show” winner in the 2017 Marvin Architects Challenge. 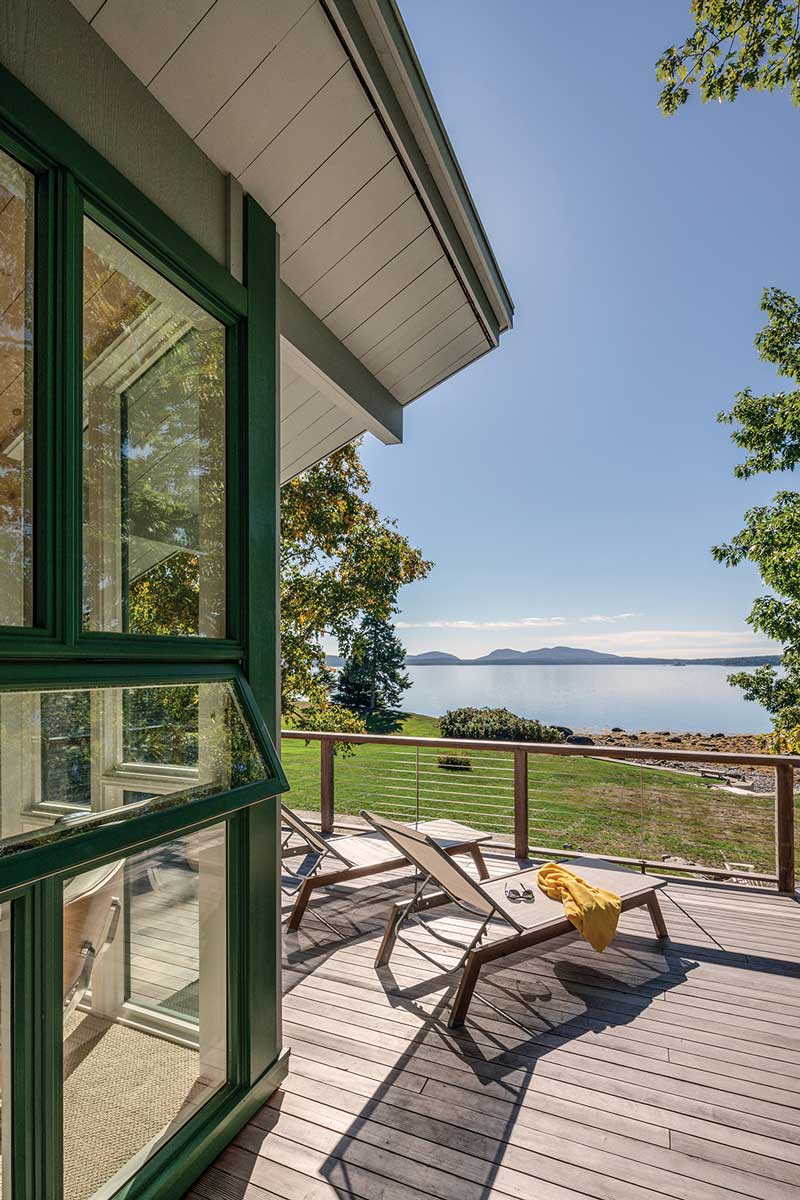 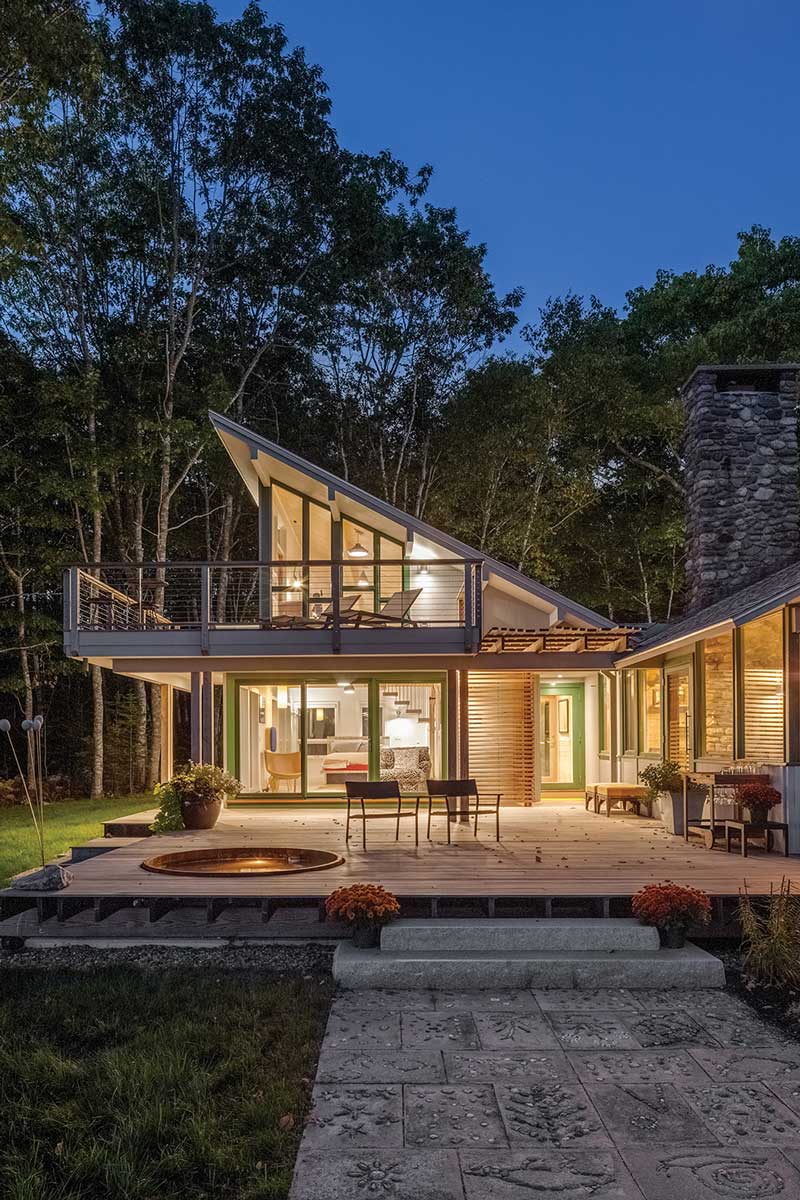