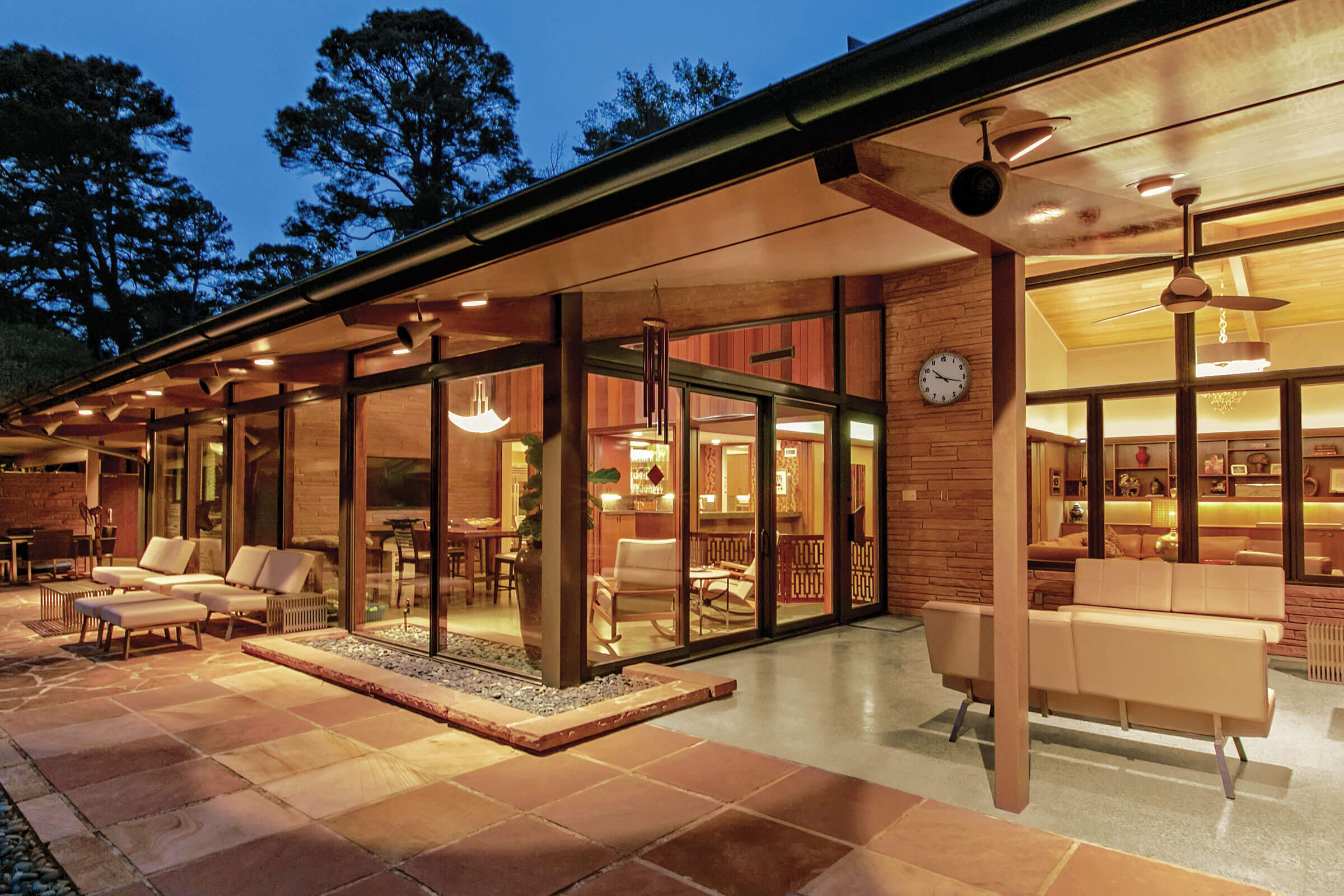 “In some ways,” said Scott Payne, principal of Farmer + Payne Architects, “this home was never meant to be remodeled.”


Payne was referring to the monolithic Kawneer commercial storefront system used to frame many of the home’s original windows. Although state-of-the- art at the time of the home’s completion in the 1960s, the heavy aluminum structure presented a huge obstacle Payne and his team were forced to reckon with at the outset of the renovation.


“Because of the complications involved with its removal, we hired skilled finish carpenters to do the demo to minimize the risk in damaging the property,” said Payne. “We delicately ripped it out.”


While the demo stage involved far more caution than freely swinging sledgehammers, it was indicative of the studied approach Payne brings to his jobsites. “It takes a village to do these projects, and you have to hire the best people in the trade to execute perfectly,” said Payne.


As difficult as the Kawneer system was to remove, Payne admired it for what it got right: clean lines, narrow frames and large expanses of glass.


While both Payne and the homeowner loved the look of steel, the material was cost prohibitive. The goal then became to find the best windows and doors to complement, and to some extent even enhance, the mid-century aesthetic of the home. The process to find exactly the right windows and doors turned out to be much more arduous than Payne had initially imagined. Indeed, neither he nor the homeowner was completely satisfied with what they were seeing until they found Marvin.


“We probably tried ten different windows before we got to Marvin,” explained Payne. “I pushed the homeowner toward Marvin Signature™ Ultimate windows because I thought it would be more aesthetically pleasing to see a wood finish on the interior. This home already has a lot of stained wood on the interior. I wanted it to read timeless. And I thought a natural material like wood would stand the test of time and also add a sense of warmth.”


Another reason Payne loved the idea of working with a wood window is that it allowed a greater degree of design flexibility. In the kitchen, for example, Payne had the windows painted white, which adds welcome contrast to the dark-stained windows, wood flooring and exposed beams throughout the rest of the home.


On the exterior, the aluminum cladding gave the homeowner the look of steel that they desired and perfectly suited the home’s architecture. The thin profiles and clean lines of the aluminum cladding are pure mid-century modern. To bring it all together, original window and door hardware was reused throughout the home, bridging past and present.


In the sunroom, the original Kawneer windows had more divisions and less glass, compromising the view. With the new Marvin windows, Payne was able to use even larger expanses of glass to open up the space and blur the boundary between inside and outside. Matching rock gardens on the interior and exterior of the sunroom accentuate the strong indoor/outdoor connection, creating an incredibly immersive experience.


While the overall design was driven primarily by the need for Payne to meet the homeowners’ mid-century aesthetic expectations, energy efficiency and sound mitigation played a critical role in their decision to choose Marvin.


“The original single-pane windows were littered with holes, cracks, and needed to be reglazed,” said Payne. “The energy efficiency and sound control of the new Marvin windows is night and day from where we started.”


Perhaps the biggest impact the new windows have had is in the reduction of noise. Because the home sits on a busy street, the homeowners could hear cars driving by at all hours of the day, a constant, inescapable hum. With their new Marvin windows, they’re no longer subjected to the noise pollution of constant traffic, which has dramatically improved their overall quality of life. For once in their lives, they can hear themselves think in their own home.


Despite the challenging demo, the renovation was a complete success. Not only do the new Marvin windows remain faithful to the original design and style of the home, they enhance its aesthetics, function and performance. Where once there were large, view-obstructing aluminum mullions, now there is nothing but huge expanses of glass. The Marvin windows make this open concept home feel even more open, and more deeply connected to its surrounding environment. 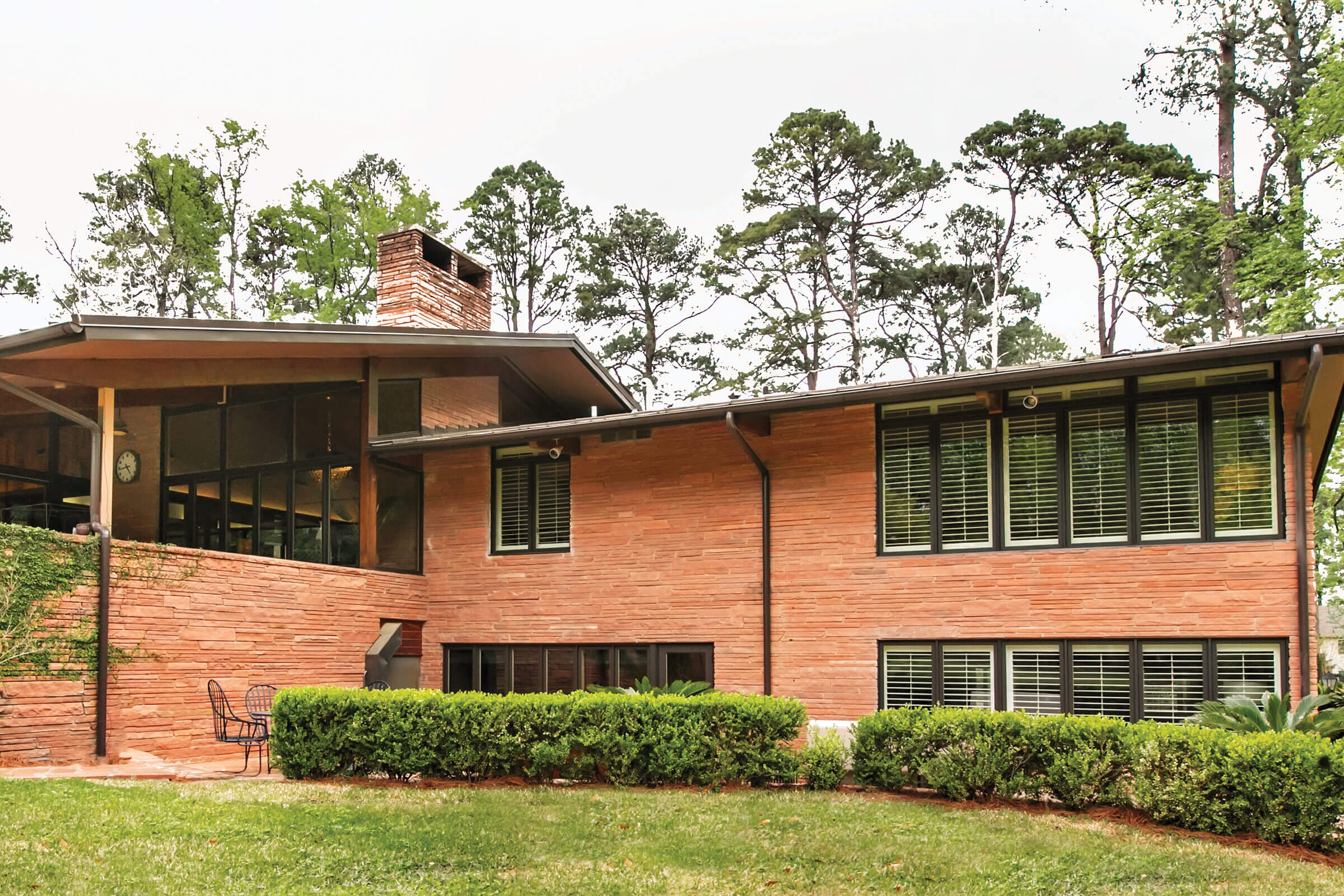 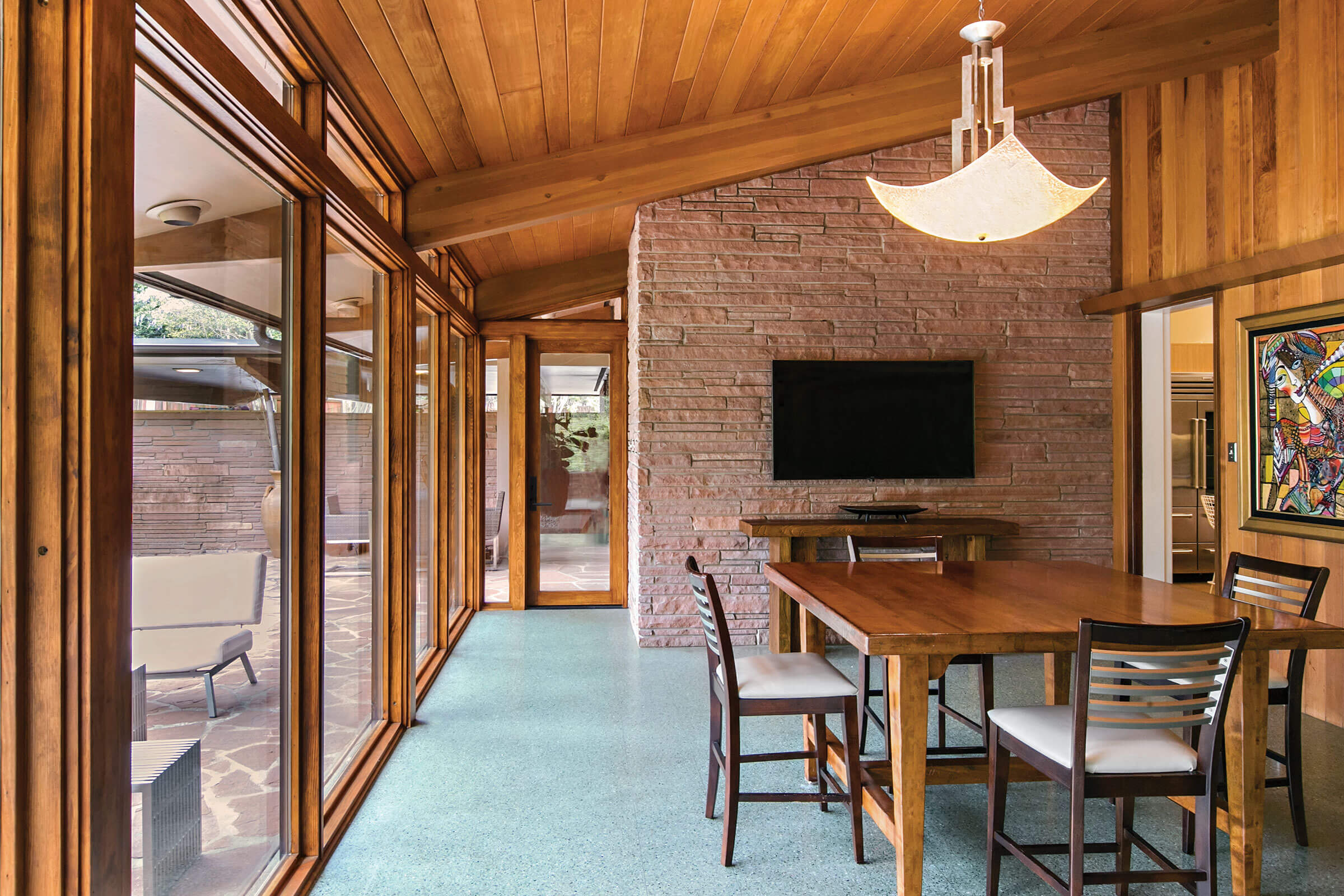 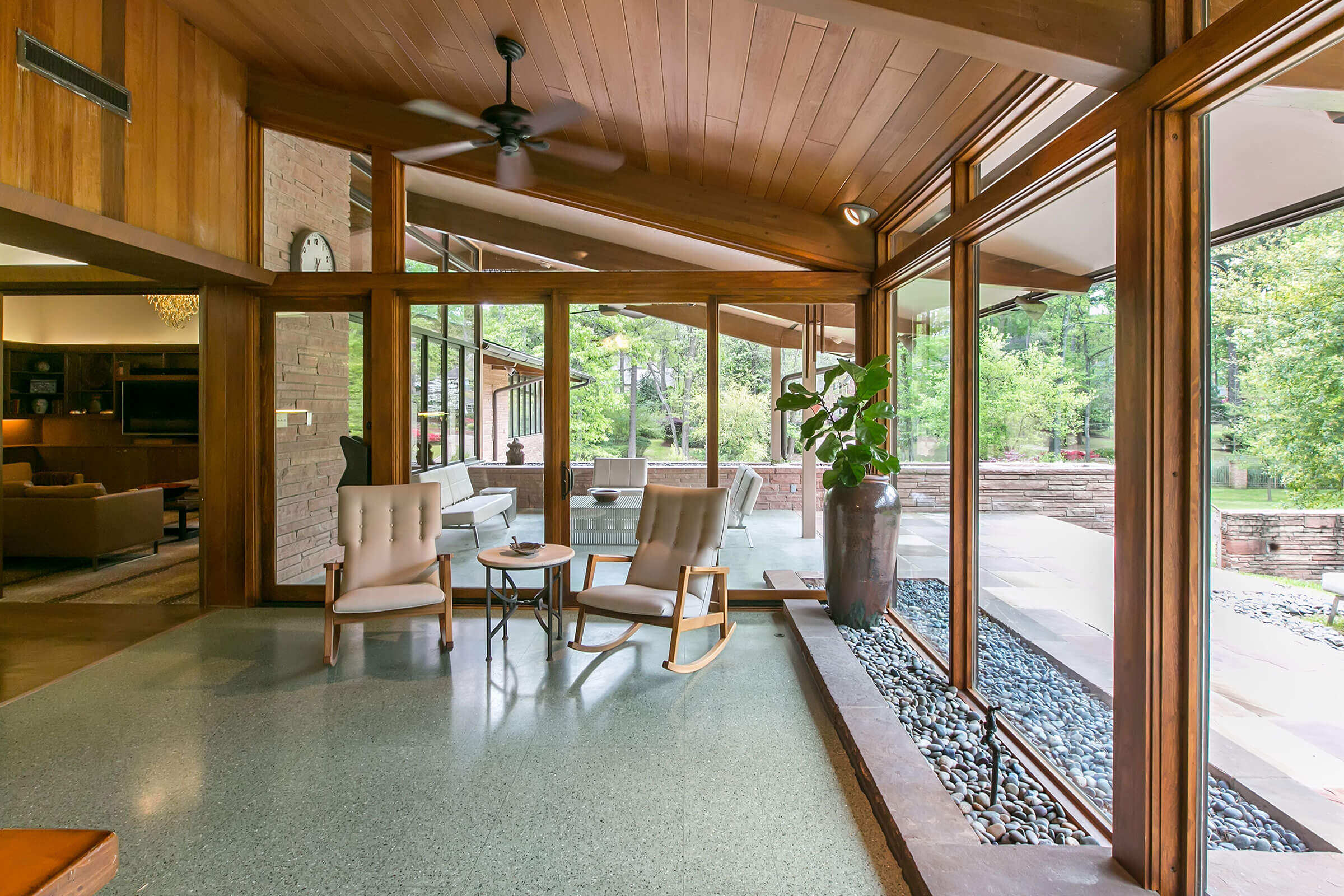 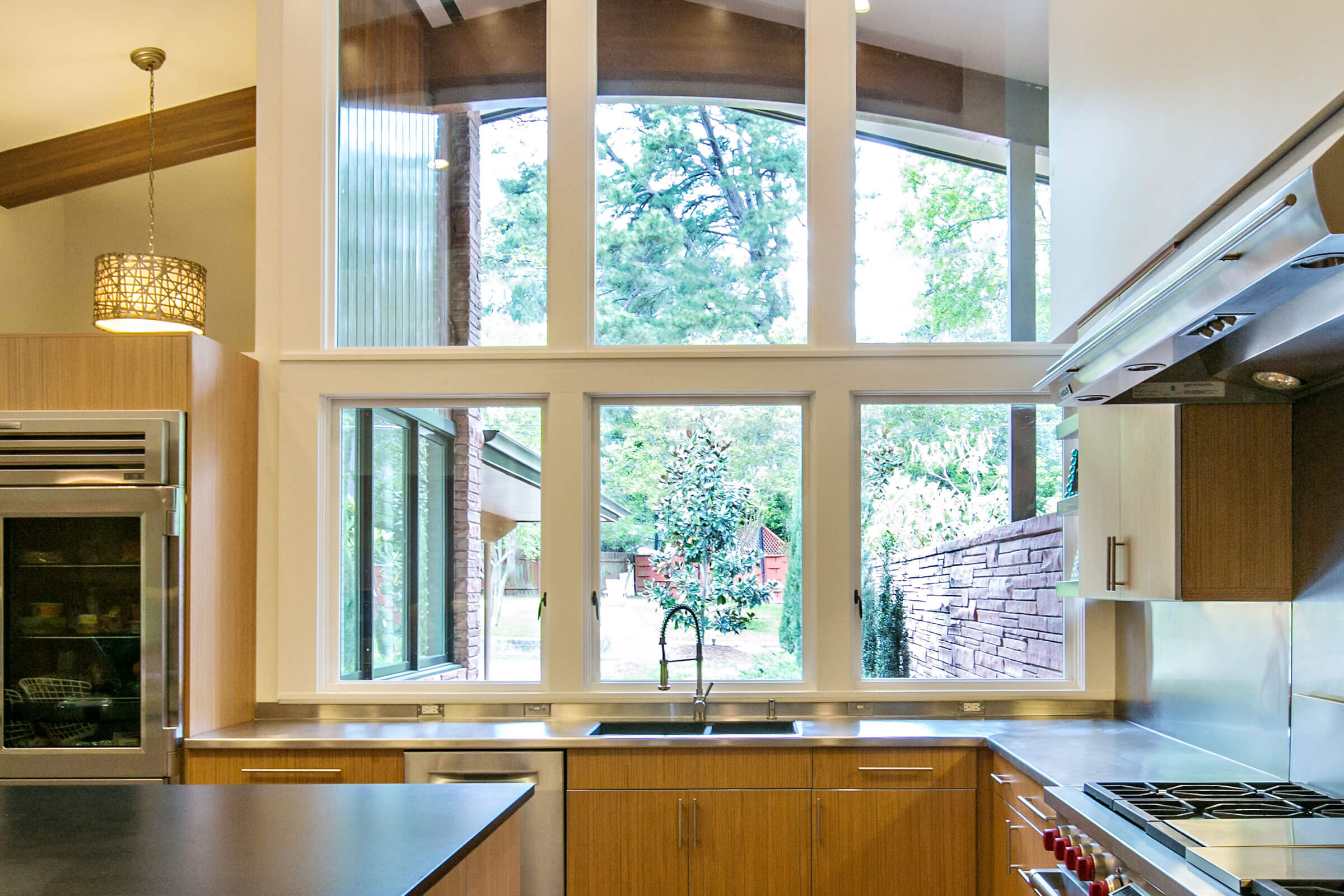