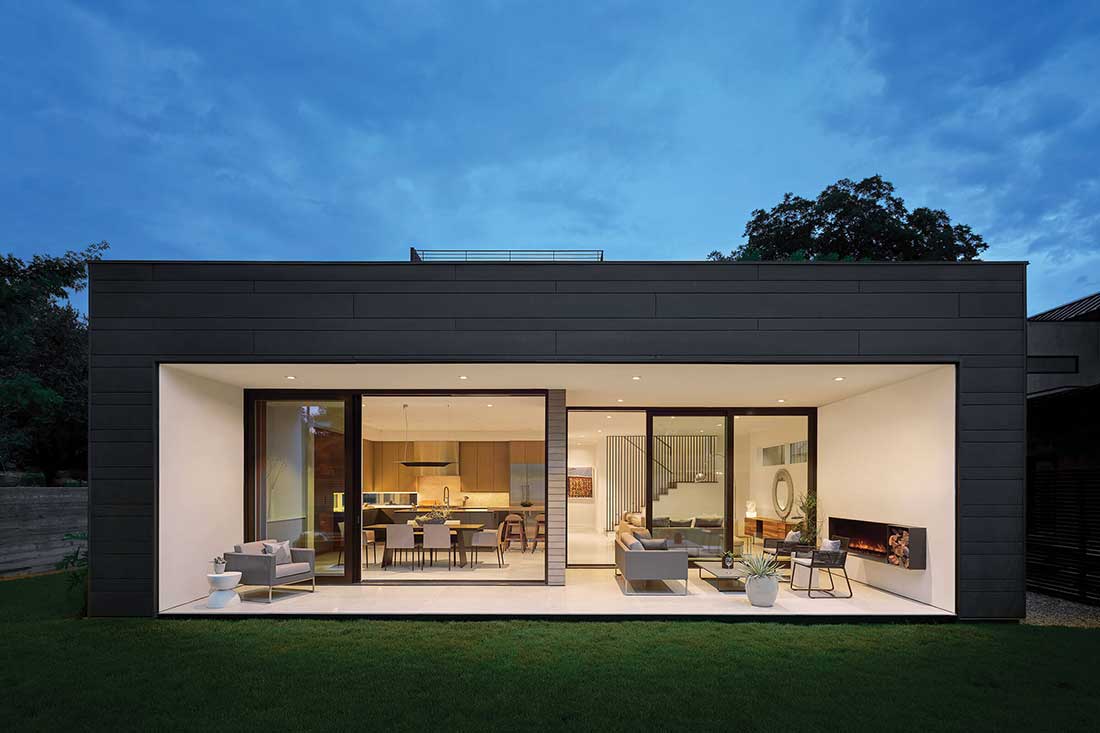 “We use light and glass almost like its own material,“ architect Kris White says before launching into a detailed description of the project, a light-filled modern home in the heart of Austin, Texas.


Located in the vibrant Zilker neighborhood, this home was built in partnership between White, of DCA, and boutique developer, Vinson & Radke. The home combines unmistakable mid-century influences with a neutral color palate and generous amounts of natural light that suffuse its living spaces with warmth. Contemporary windows and doors from Marvin create connectedness between the home and the yard, the neighborhood and the city itself, a feeling White really wanted to convey through the architecture. “This is how we start the design process: what’s the site, what’s the context, what are the views we want to capture,” White said.


The orientation of the home on the land and its layout express White’s belief in using windows strategically to bring light into the home and to frame views out of it.


“I’m a huge fan of the pattern language. My favorite one of those patterns is getting light on both sides,” White explained. “No one uses a room when there’s only one window.”


The two façades, or elevations, of the corner lot allowed White to place the pedestrian entry on the long side, in the center of the home. As you enter, private rooms are on the left and public spaces are to the right. This moves the communal spaces away from the busy street corner, and toward the back of the house, enhancing the feeling of privacy.


“You get that real indoor/outdoor connection by putting the public spaces to the corner,” White explained.


To further enhance the feeling of connectedness to the property and neighborhood, White blew out the entire façade on the right side of the home beyond the living and dining rooms with nothing but glass to frame the yard. He used two Marvin Signature™ Ultimate Multi-Slide doors spanning a total of thirty-two feet to physically connect the living and dining rooms to the sleek, white seamless patio, and visually to the outdoors and yard beyond.


“People don’t enjoy a space because it’s rectangular, “ White said. “They enjoy it because 1) they get light from two sides and 2) what they’re looking at is intriguing and has a connection to either the landscape or strategic view to something they want to see all the time and want in their lives.”


This belief is put into practice throughout the home as well. While some modern homes can feel cold and uninviting, thoughtfully placed Ultimate windows from Marvin’s Signature Collection bathe each room in natural light that complements the color palette and animates the living spaces. And even though the interior wood clad on all the windows and doors was painted white, the subtle yet visible natural wood texture still imparts a feeling of warmth that other contemporary windows sometimes lack.


“Aluminum gets so cold, “ White said. “And it’s hard to get it to respond to an interior color palette. The beauty of using the Marvin Ultimate products is that the windows immediately bring in warmth.”


Another benefit of Marvin’s interior wood frame and sash is that it reinforces the home’s mid-century aesthetic and design philosophy, where a sense of connectedness to the environment was created by bringing natural materials like stone and wood inside


But glass isn’t the only design element that plays a complementary role. The home’s thoughtful architecture considered materials and color palette are beautifully executed in a way that perfectly complements the site, the neighborhood and the city. Connectedness doesn’t get any more complete than that. 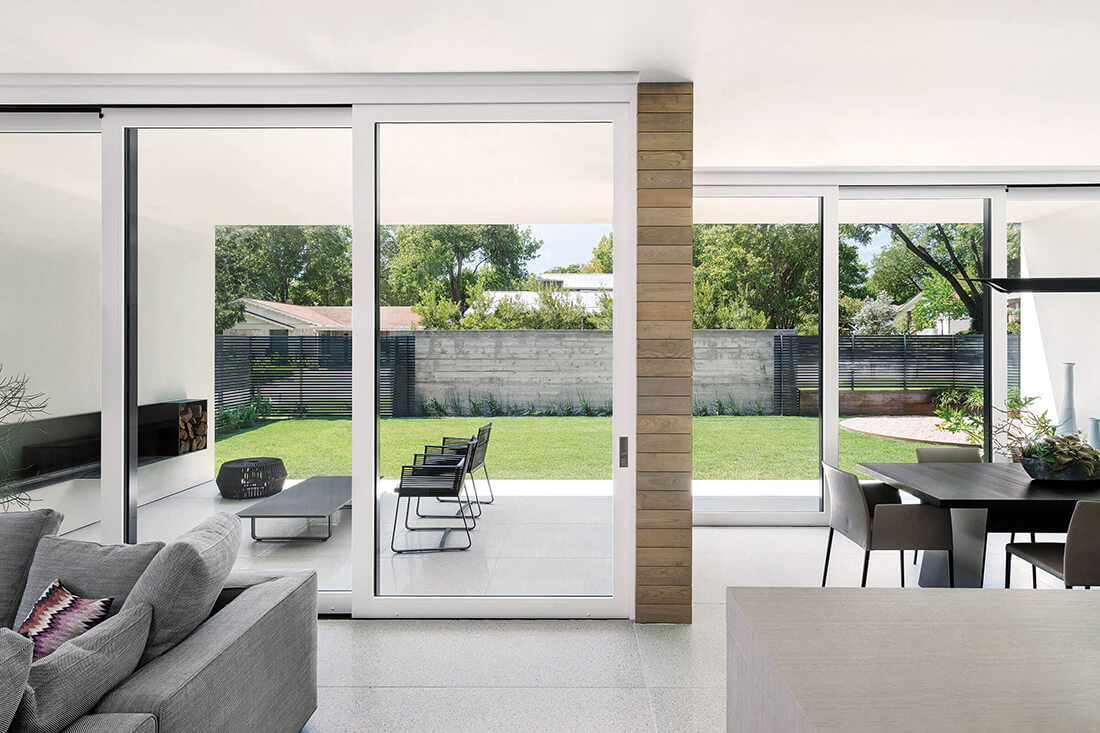