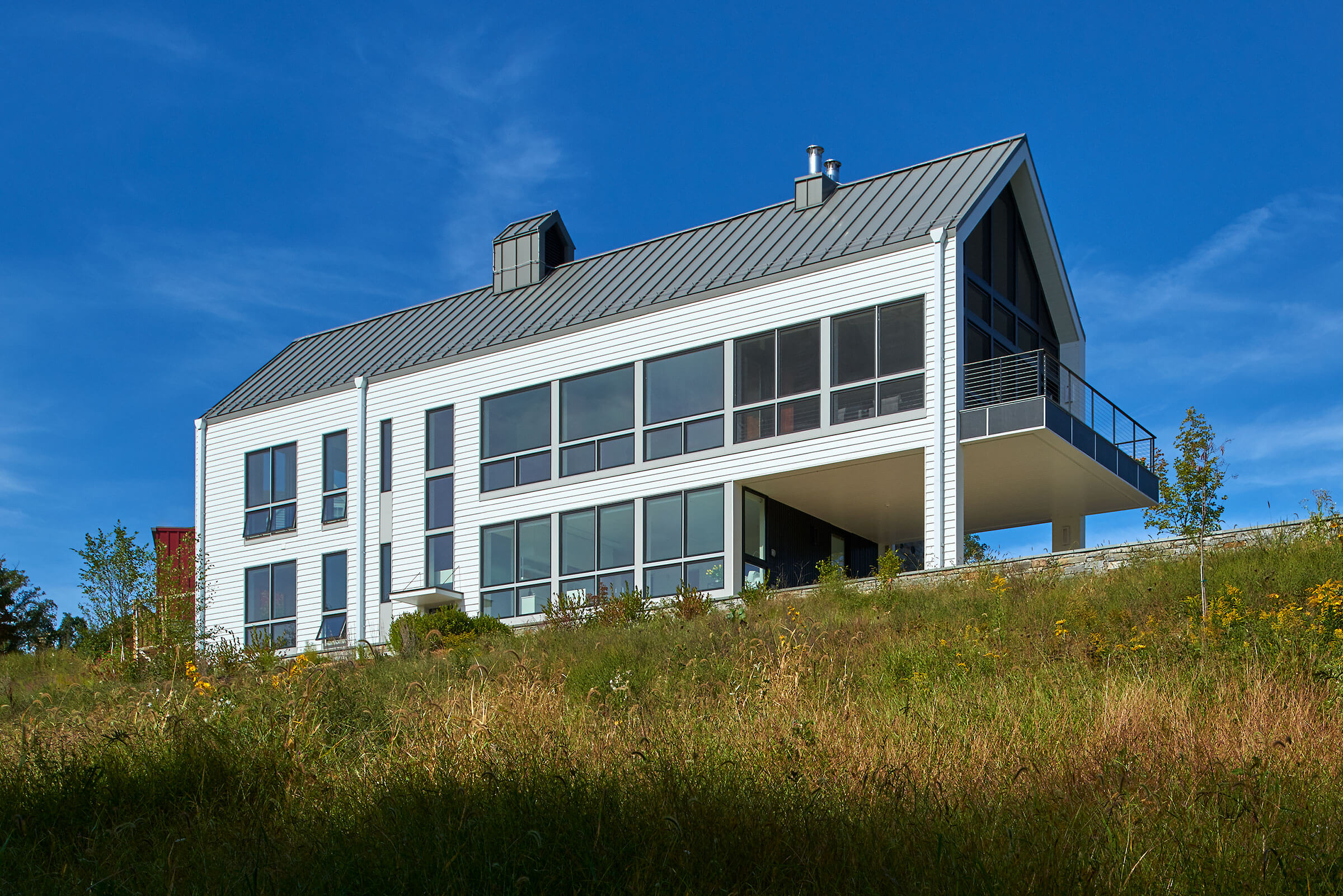 Located in a bucolic co-housing community in rural Virginia, this modern farmhouse, designed by Greg Wiedemann of Wiedemann Architects, draws on classic farmhouse vocabulary to create implicit timelessness while reimagining the form for modern living.


Wiedemann’s environmentally conscious client desired a place of serene refuge from busy city life, where she could connect to the community, to the land, and to the region’s agricultural history. She was drawn to modern architecture, and the flexibility of design allowed by the community led her to this sloping, picturesque site that presents unobstructed views of the surrounding rolling hills and verdant meadows.


The community mandates were minimal and flexible, with guidelines that encouraged the use of natural stone at the base of the home, front porches and metal roofs. These stylistic gestures nod to the rural vernacular and help to promote the idea of community and architectural cohesion within.


Wiedemann’s narrow home design smartly incorporates these traditional elements but in a manner intended to milk every last drop of connectedness from the site, with walls of glass on all four sides and near 360-degree views from virtually anywhere on the main level.


“We really wanted to maximize the views,” Wiedemann said.


The narrow width of the home assertively emphasizes its connection to the outdoors, with the walls of glass blurring the lines between inside and out. Everywhere you look there’s an idyllic pastoral view: a distant ridgeline, rolling hills, a flowering meadow, a stand of trees.


To minimize the use of air conditioning in warmer months, Wiedemann put a lot of thought into designing the home to optimize natural ventilation.


What appear to be fixed panes of glass on the front of the home actually are large Marvin Signature™ Ultimate Venting Picture windows that push out to allow for air circulation. Marvin had the capabilities to deliver a window of this size and operability, a major factor that influenced Wiedemann’s decision to use the company’s windows and doors throughout the home.


“I always think of [Marvin] when I think of quality windows,” Wiedemann said.


On the opposite, slope-facing side of the home, operable awning windows beneath huge fixed panes allow air to circulate freely. A venting cupola incorporates a fan that pulls air up and through the roof, further encouraging natural ventilation while paying homage to the existing farms that still dot the Virginian countryside.


On one gabled end, a massive Marvin mulled wall structure leaves exposed the exaggerated thickness of the wall, a bold element of design that functionally allowed for more insulation and visually separates this home from others of its kind.


“It’s a departure from the taut box of a traditional farmhouse,” Wiedemann said.


Spare but bold splashes of color and the insertion of geometric objects on the main level – like the tower of cabinets in the kitchen - add visual interest, complexity and multi-use functionality to what appears to be a simple form.


Outside, a detached garage covered in characteristic red board and batten pays respect to the rural Virginia vernacular. Its location on the perimeter of the property was very much intentional, as it obstructs the view to the neighboring property and enhances the homeowner’s sense of seclusion.


With its conspicuous vernacular influences and deep connection to the countryside, this sleek modern reinterpretation of the classic farmhouse proves that history can repeat itself without being verbatim. 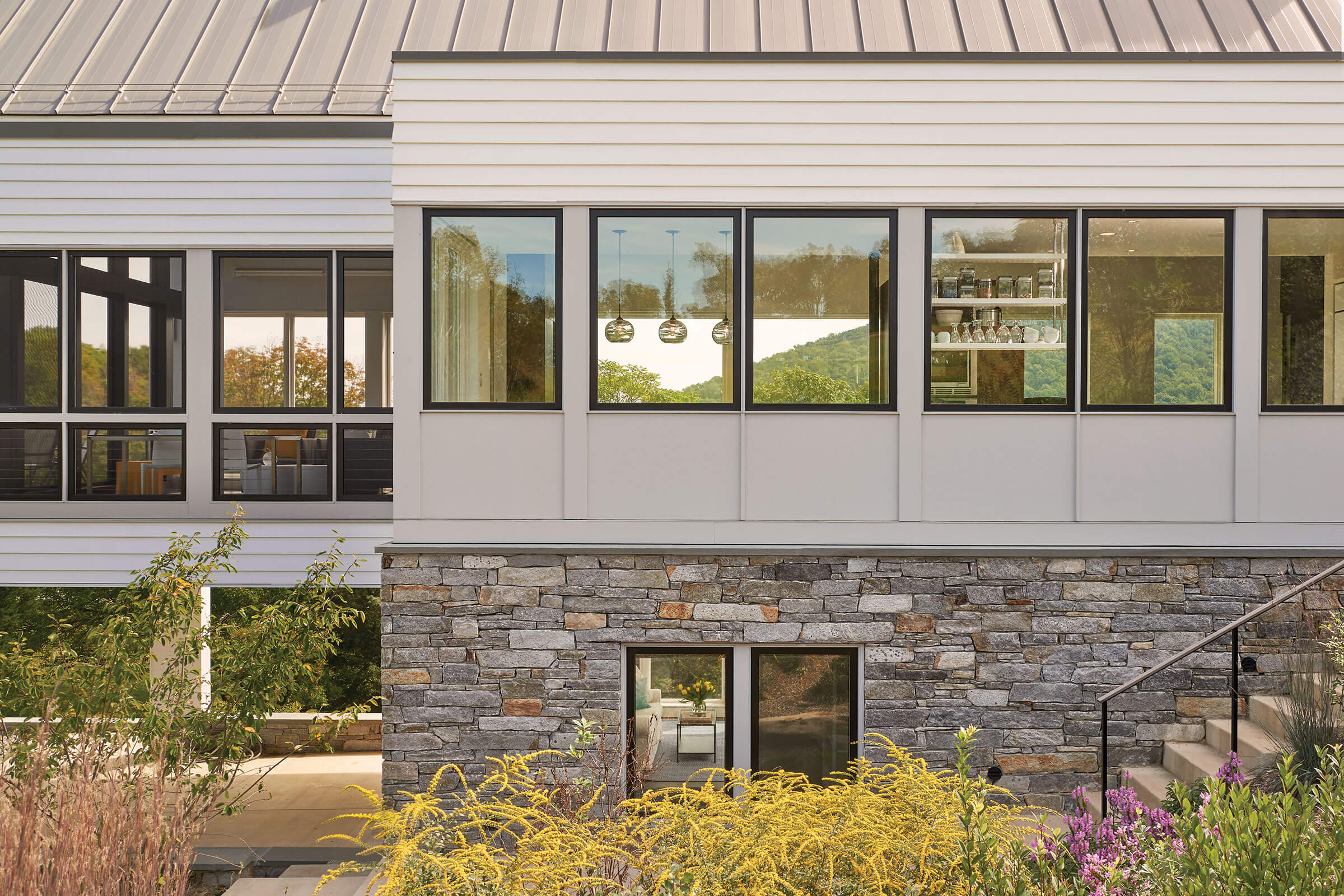 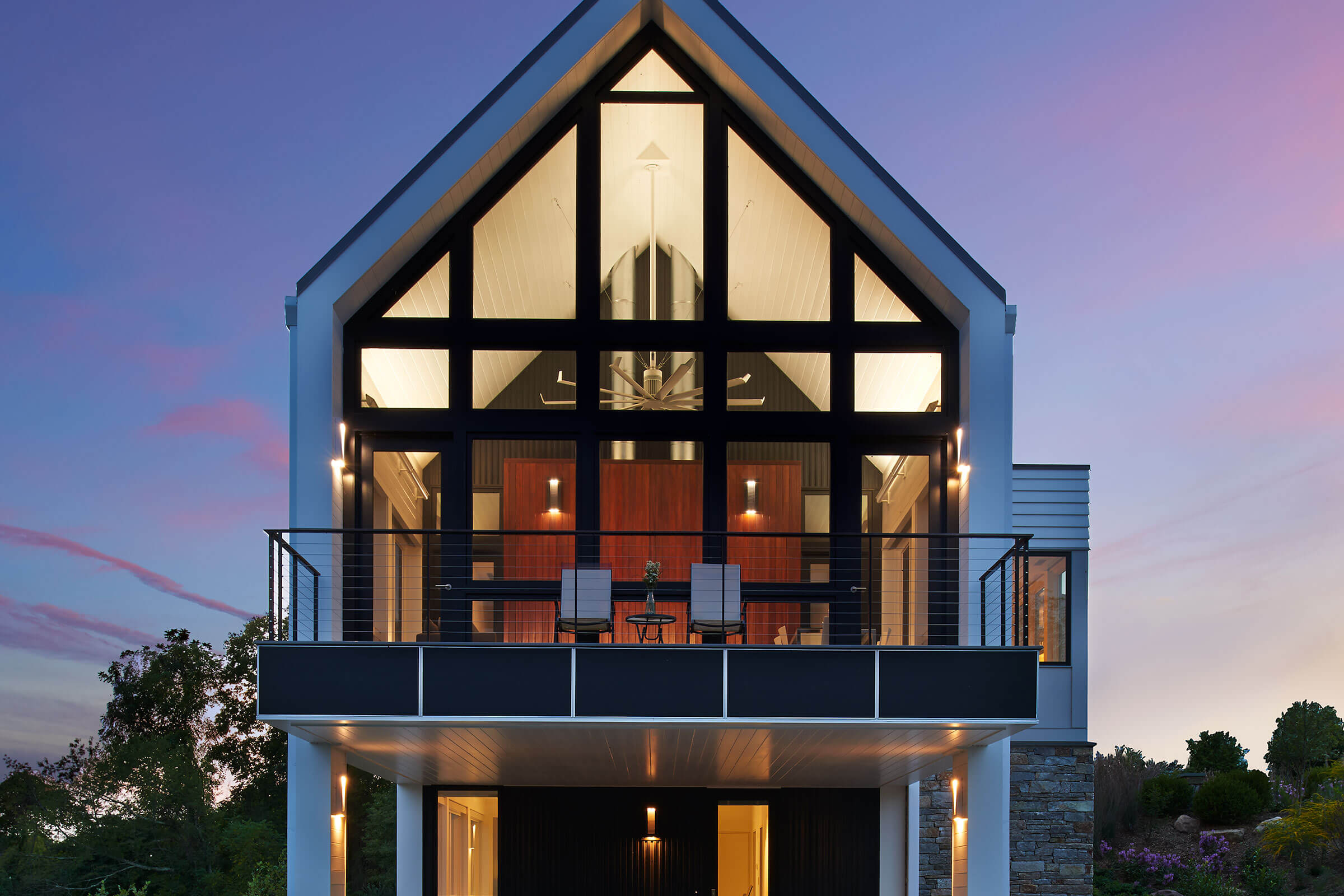 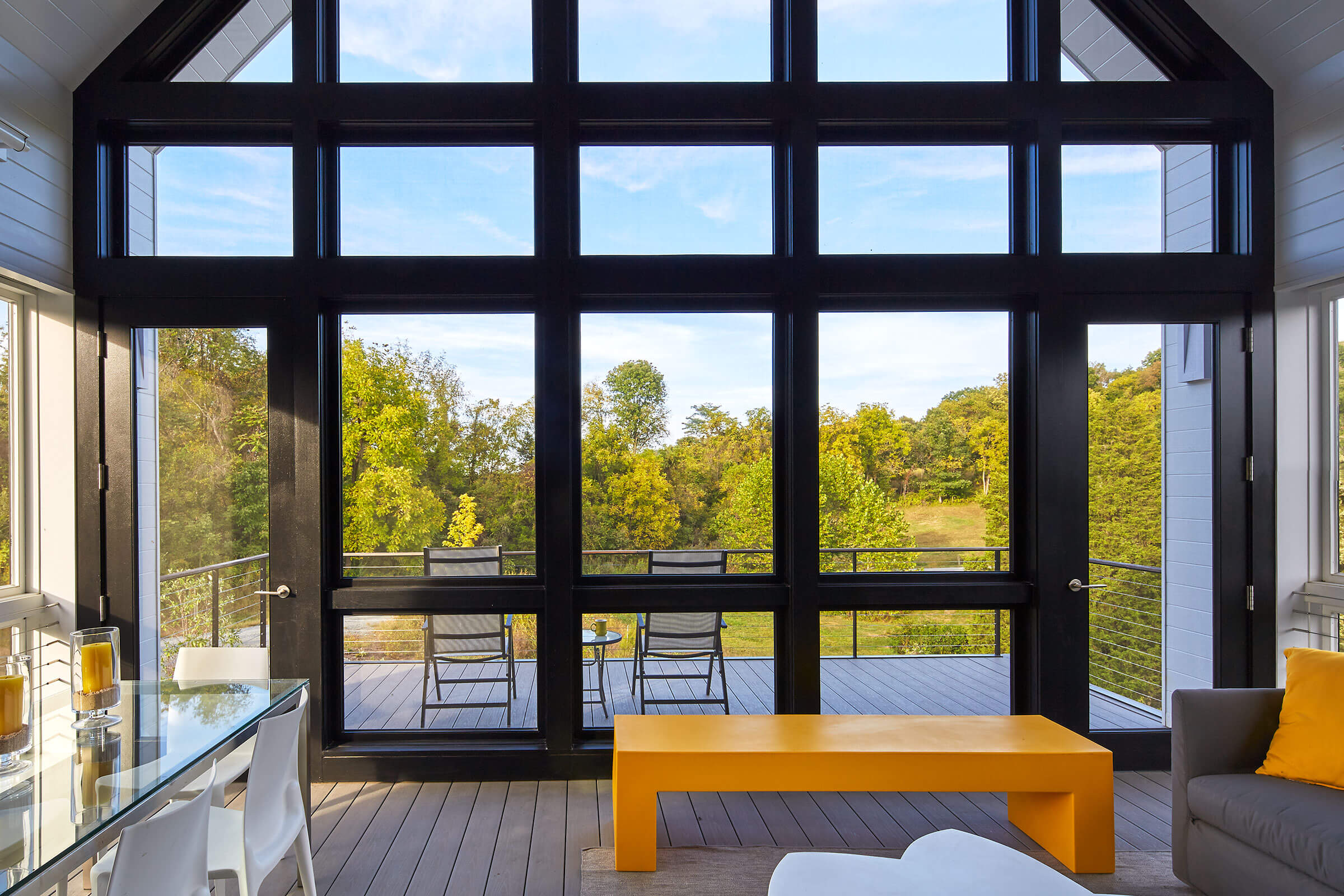