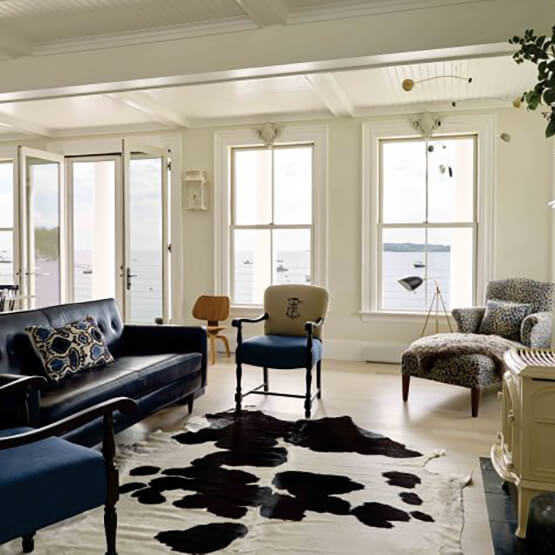 Maine Home + Design featured the Horgan family's fixer-upper in Ocean Point, ME, nicknamed Twin Coves.The home had quite the history before Bob Horgan discovered it. It had originally been built 35 miles down the river, but was relocated and needed repairing as a result. Because the Horgans wanted to use the home year-round rather than just the summer months, some serious structural updates were necessary. They worked with architects to reconfigure the interior and open up the space. Because of Twin Coves' location on the water, large windows were a must. The Horgan's chose Marvin windows and an inswing French door on the main floor for maximum views.


For the full article, visit www.mainehomedesign.com.