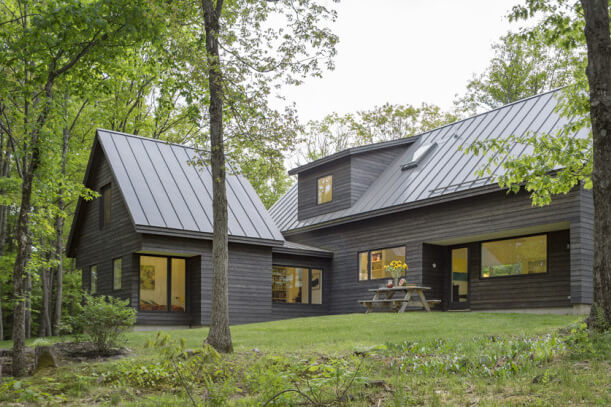 Rooms with a View 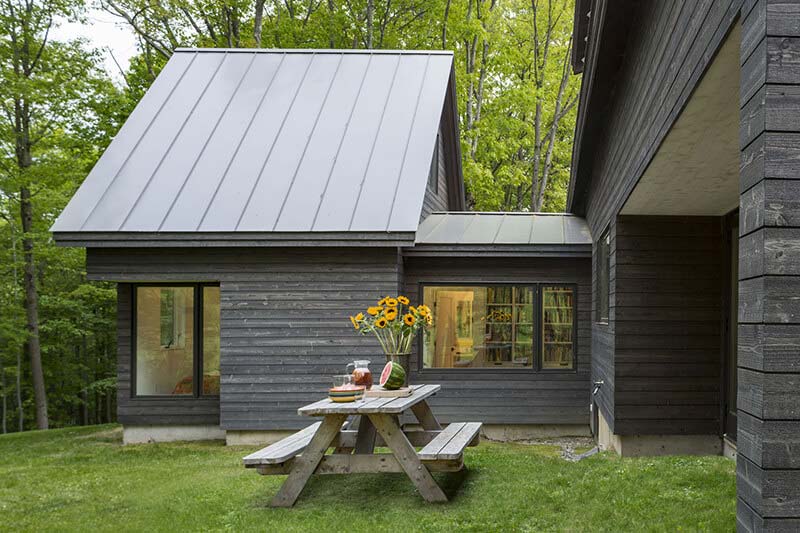 With its simple lines and monochromatic colors, Knoll House is a study in architectural understatement. That’s because every element was chosen specifically for its ability to marry the home’s sylvan surroundings with the design itself.

Even before the owners had the home built for their family of four, they spent several years camping on the land, selectively editing and revealing the natural features of their property under the guidance of Wagner Hodgson Landscape Architects.

“When we began to discuss the architecture, our clients already had a deep understanding of the site,” said architect Elizabeth Herrmann, AIA, of Elizabeth Herrmann Architecture + Design. “The knowledge and intimacy they had with the property guided much of the house design.”

As such, the 2,300-square-foot house was envisioned as an extension of the tree-ringed knoll on which it sits. A long gable perches on top of the knoll with a view that takes in the meadows to the west. The kids’ wing juts east, forming an I-shaped plan and stepping down with the ground plane, maximizing the wooded vistas in that direction. The open living space, including the adjoining kitchen and dining room, feels even more spacious thanks to soaring cathedral ceilings. A simple pop-up dormer adds a dramatic touch to the main living area. 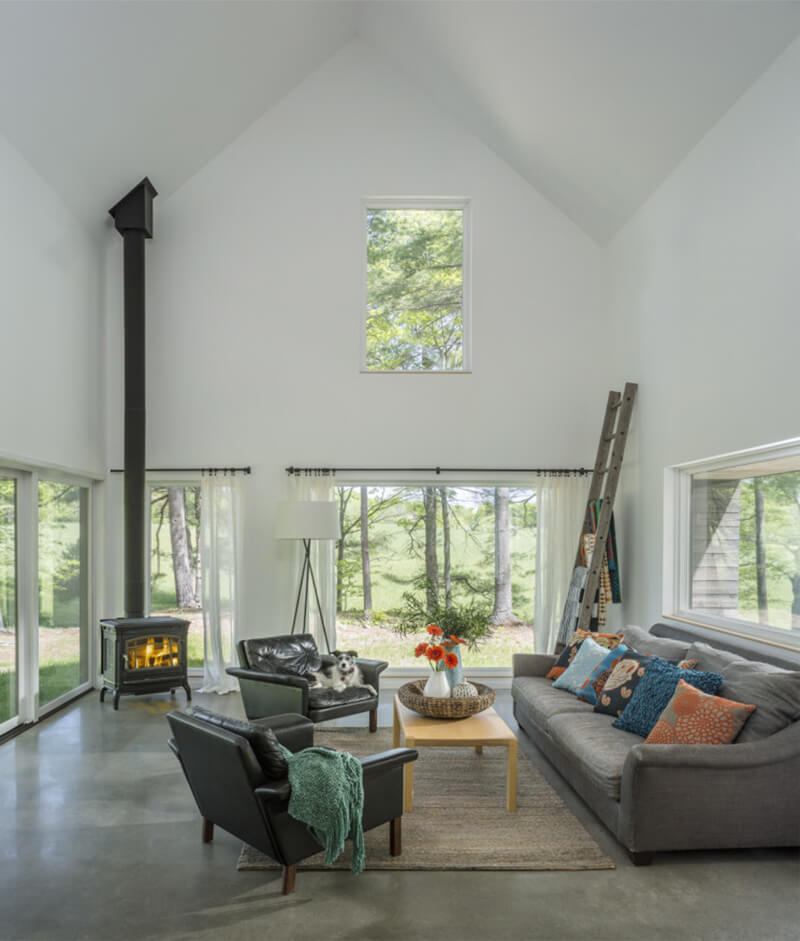 But it’s the oversized windows and doors that make this home really come alive. “Arranged to take best advantage of the topography and maximize the connection to the outdoors, each space is uniquely shaped to its surroundings and function, offering a variety of experiences and views as one moves through the house,” Herrmann says. “From the outset, we wanted the characteristics of the site—its rocky ground plane and carefully edited woods—to be an integral part of the architecture.”

And when it came time to pick the windows that would provide those vital connections with the landscape, Herrmann selected Marvin. “We knew we would not have to compromise on window sizes and could get the exact sizes we envisioned—from oversized units to small operables,” she says.

In fact, Marvin’s ability to provide exactly what Herrmann needed was paramount in creating the home’s crucial indoor/outdoor connection. For example, the kitchen uses large oversized windows rather than traditional upper cabinets to better capture panoramas and light. 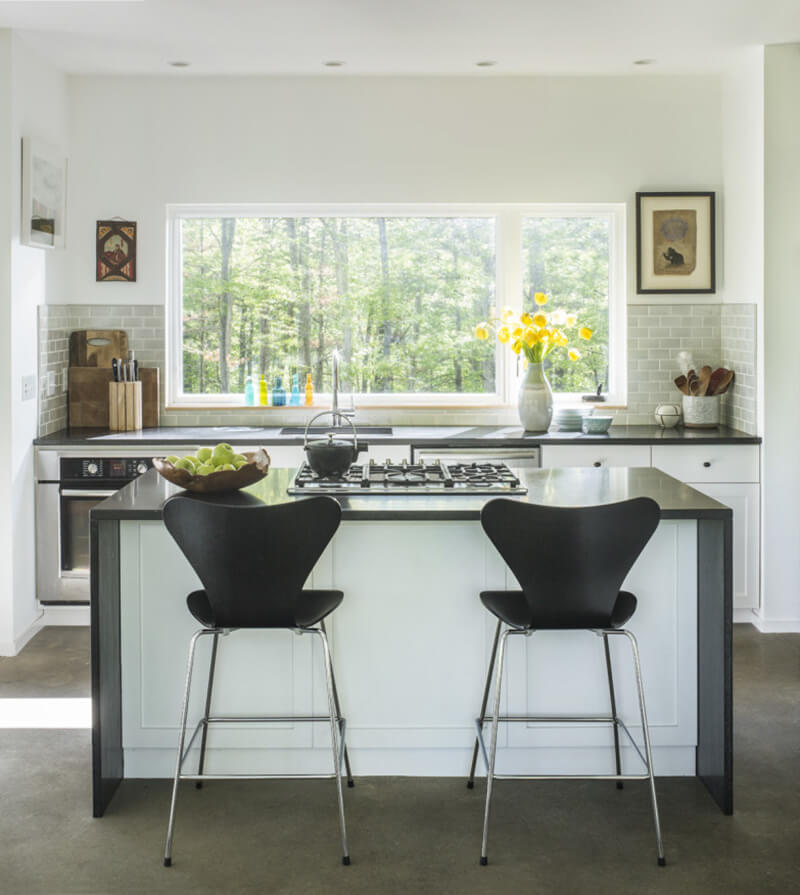 The interconnection is enhanced with monochromatic walls that unfold and move, revealing curated views and giving the illusion of more space. Combined with the oversized windows and doors that merge the house with the outdoors, the effect is one of intimacy and interest while maintaining its distinct simplicity.

“Windows are arranged like large format paintings to frame oversized views of the landscape, animating the spare interiors with ever-changing and colorful compositions,” Herrmann says. “The views and the light were paramount.”

In the end, Herrmann says Marvin’s commitment to providing solutions for every client—along with its ability to offer the industry’s most extensive selection of shapes, styles, sizes and options—were key in designing a home that truly ties the intimacy of the inside with the beauty of the outside.

Elizabeth Herrmann was named a winner in the 2017 Marvin Architects Challenge in the “Best Transitional” category.