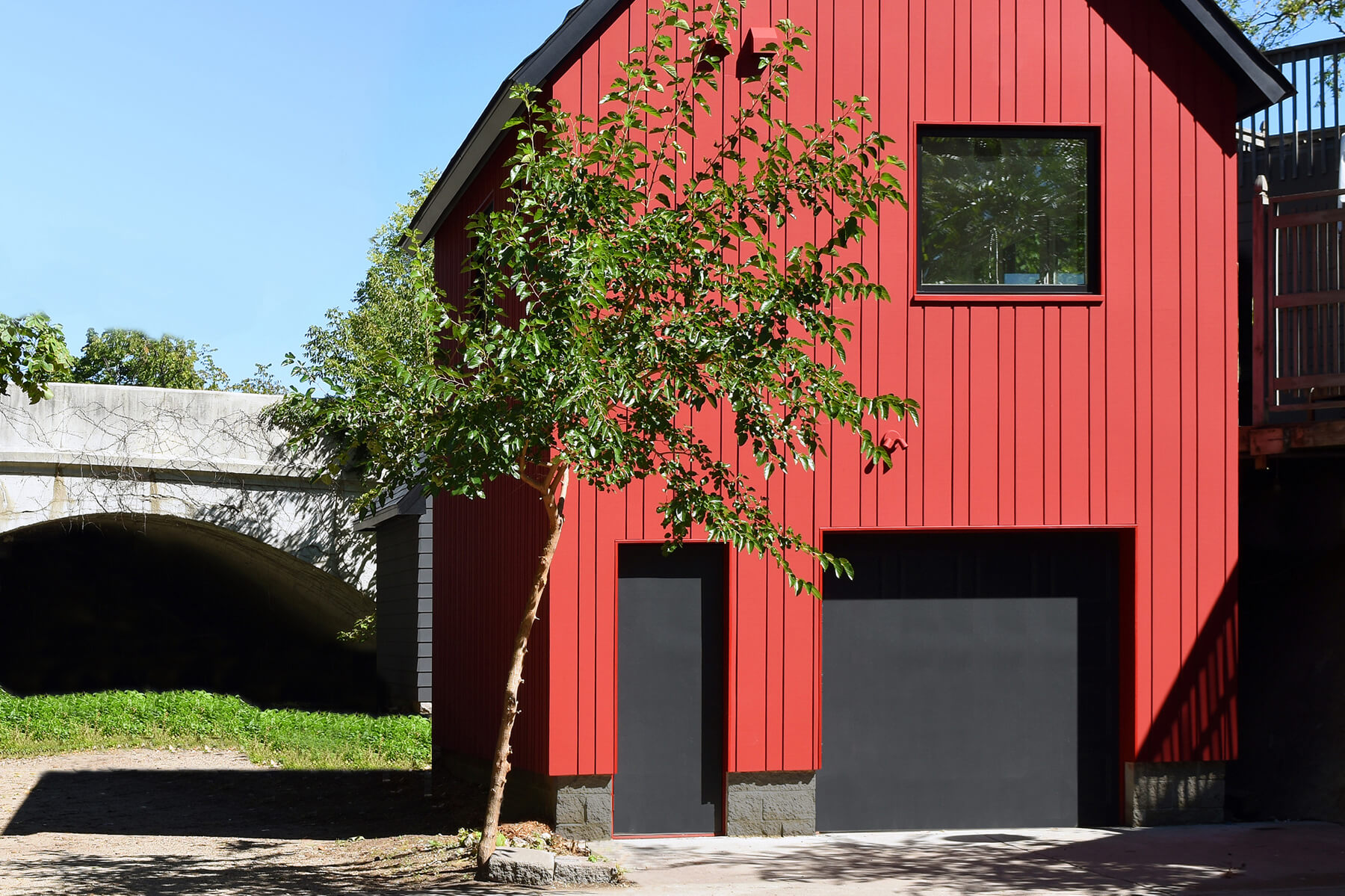 At just 380 square feet, Compact Living incorporates a lot of architectural ideas into a small space, yet somehow never manages to feel cramped or defined by its size alone.

Designed by Minneapolis architect Chris Strom, principal of Christopher Strom Architects, this diminutive guesthouse was originally conceived of as a place the client could live during a major remodel of his home. But while the major home remodel plans were taking shape, the city of Minneapolis passed the Accessory Dwelling Unit ordinance, which sparked an idea—build the guesthouse and rent it out as an Airbnb, which was just beginning to gain mainstream appeal. 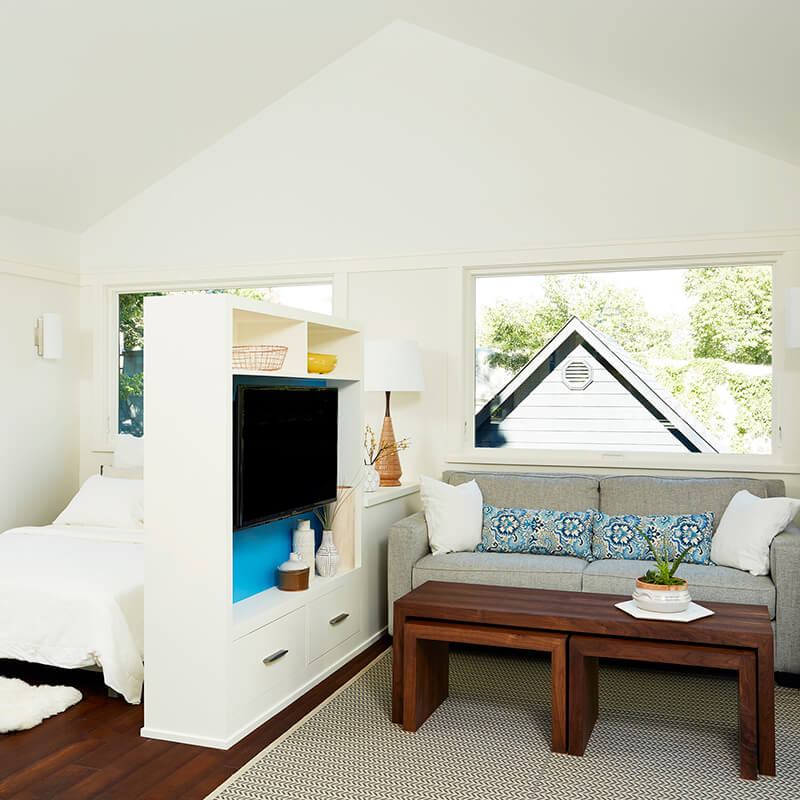 Because of its small footprint, Strom knew that windows would play an oversized role in creating an airy, comfortable space that didn’t feel claustrophobic.

“The glass on this project was more important than any other project I’ve worked on,” said Strom. “When you’re stuck with a small footprint, you don’t want to feel like you’re living in a small space. So you want to borrow the views and visual space from the outside and bring it in.” 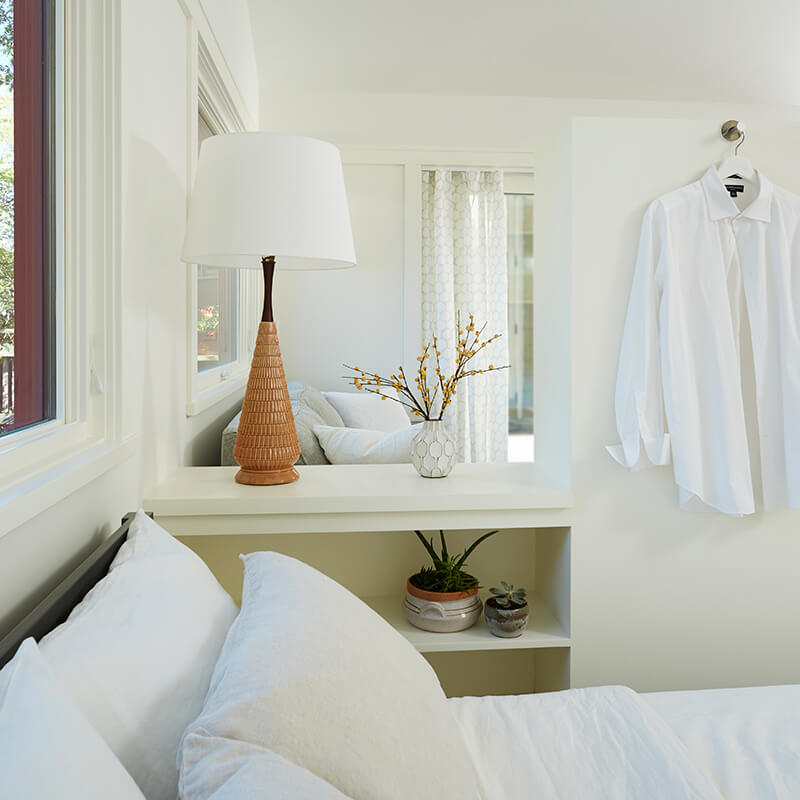 Although hardly any bigger than a standard studio apartment, which typically has only a single wall with windows, this tiny house has glass on all four sides. The abundance of natural light has an expanding effect on the single room, making it appear bigger than it actually is. The vaulted ceiling and white-painted walls are complicit in this act of size and volume deception. And views on four sides—aided by an Ultimate Sliding French Door from the Marvin Signature Collection that completely opens the home to the deck—create a strong connection to the yard and neighborhood. Playful bright blue kitchen cabinets add a welcome pop of color and personality. 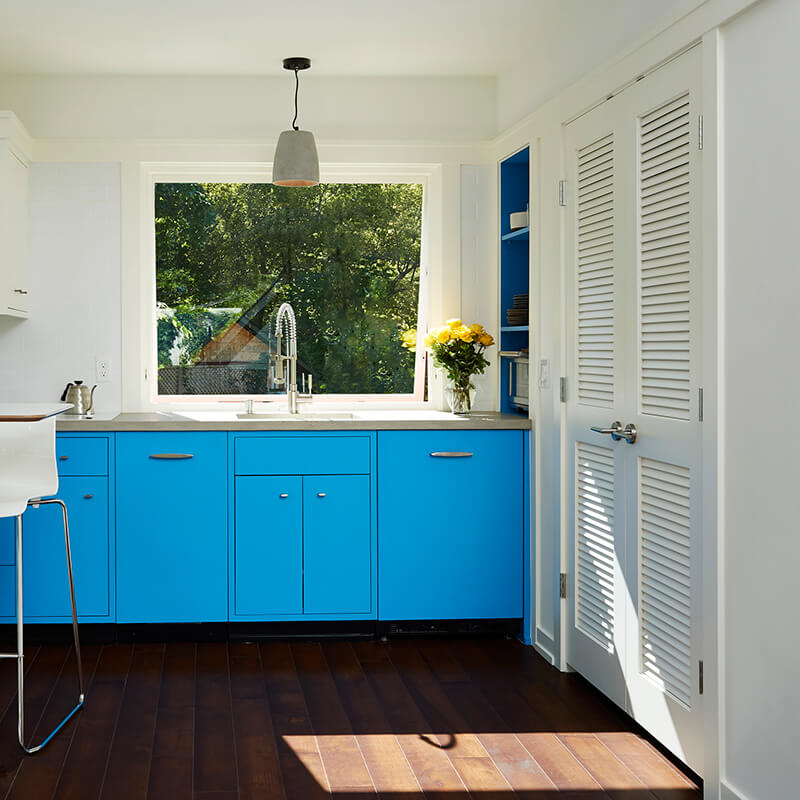 Beyond the views framed by the windows, Strom gave plenty of thought to window composition, especially with respect to how the house would look from the outside. His goal was to balance the views and light on the interior with a graphic presence on the exterior—with the windows playing the role of negative space against a backdrop of striking red vertical siding.

“It was almost like designing an object, as much as a building because it’s just this really simple form on the outside,” said Strom. “The windows create negative space on the wall, which is just as important.”

Strom used Ultimate Awning windows for their casual, informal feel, which fits with the overall character of the space. The two large awning windows on the side look like eyes, and serve the dual purpose of animating the home’s exterior aesthetics and venting the interior, allowing warm air to escape without getting trapped in the high ceiling. 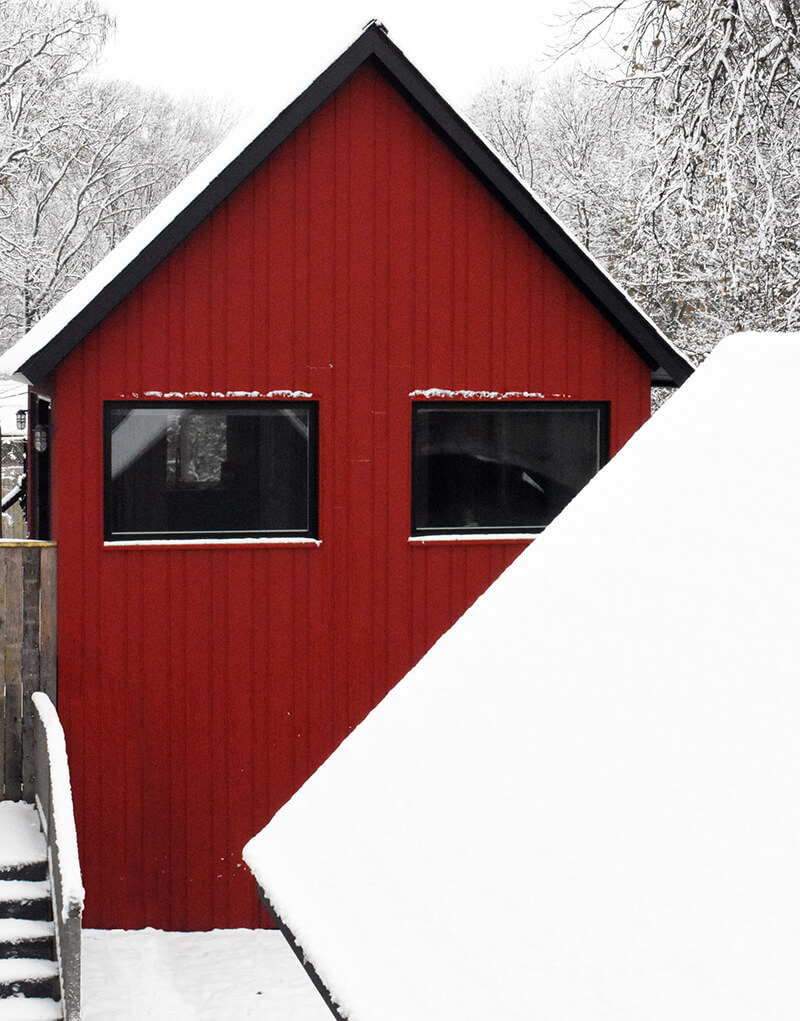 The sliding patio door that opens the home to the deck and yard is among the largest available. When open, the line between inside and outside gets blurry. In-floor radiant heat and a mini-split unit add to the comfort of the space and enable four-season functionality. 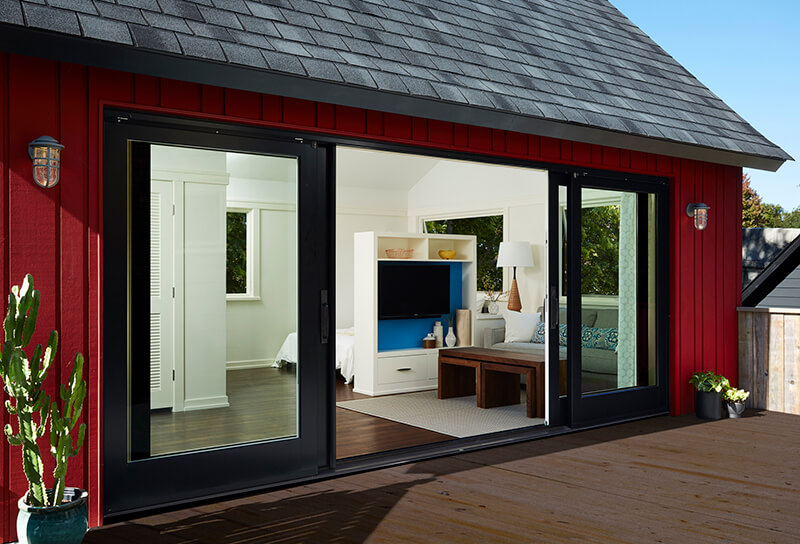 From its striking contemporary form and natural-light-filled living space to the way that Strom was able to maximize the illusion of roominess with high ceilings and an open plan, Compact Living is a tiny home that makes a big architectural statement.

Compact Living was named the “Best Contemporary” winner in the 2017 Marvin Architects Challenge.