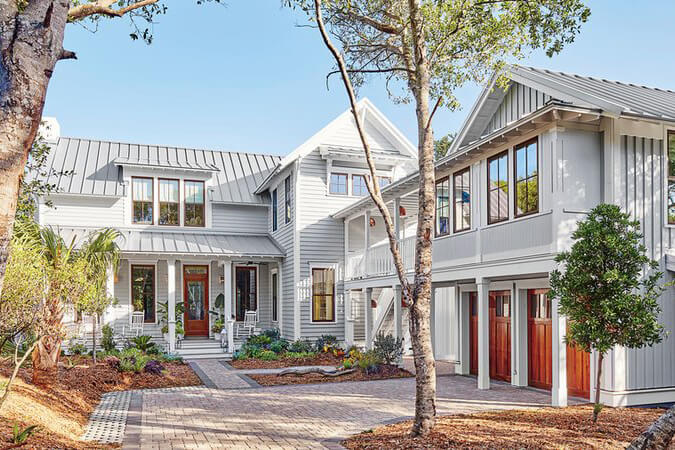 A Playful Take on Coastal Design

Set on car-free, unplugged Bald Head Island, the 2017 Southern Living Idea House is anything but a traditional coastal vacation home.


As the days get shorter and cooler for some, we’re warming up by exploring Southern Living Magazine’s 2017 Idea House—a North Carolina coastal getaway with a warm, rich palette reminiscent of Bald Head Island’s natural and preserved habitat.


Designers Eric Moser of Moser Design Group, Lindsey Coral Harper of LCH Interiors and builder Jeff Sanderson of Whitney Blair Custom Homes teamed up to infuse their personal styles and unique visions for a home that “felt like it had been there forever,” according to Moser. Deep green tones and hints of tortoiseshell set off expansive windows and unique fixtures, making this home a retreat from ordinary—a sanctuary unbridled by typical design rules. 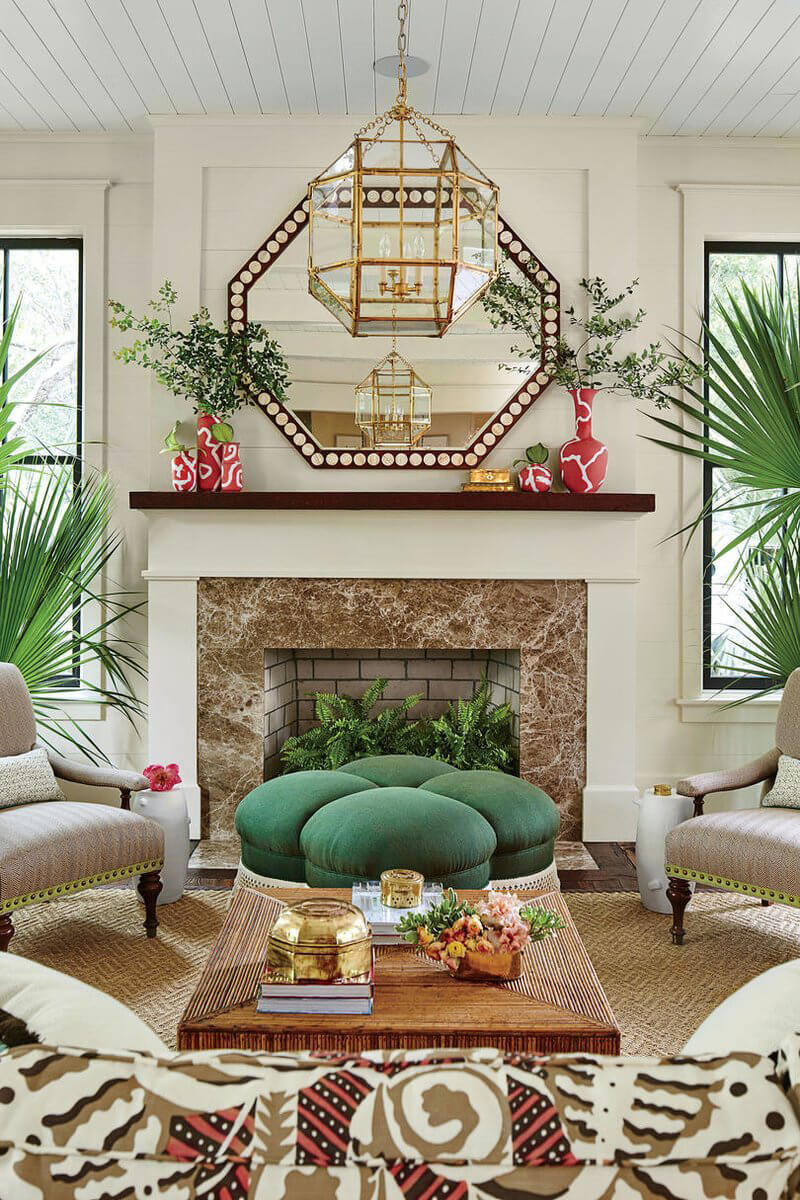 Mixed-finish Ultimate Double Hung G2 windows from the Marvin Signature Collection flank an impressive fireplace and chandelier in the home’s main living area, and bold prints create a contrast with brown accents. The window’s sashes have been painted with Urbane Bronze from Sherwin-Williams, adding a sense of bold drama and attention to the outdoors. 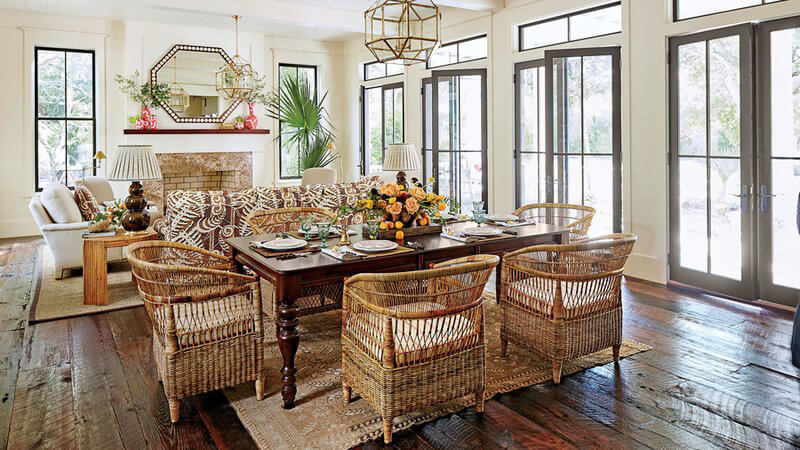 The rattan chairs in the adjacent dining area evoke a beachy feel, and the clean lines of the Marvin swinging patio doors create an architectural statement while opening the whole room to the lush Carolina setting. Floors made from 101-year-old joists salvaged from the Wilson Tobacco Company in Wilson, North Carolina, give the room a sense of storied history. 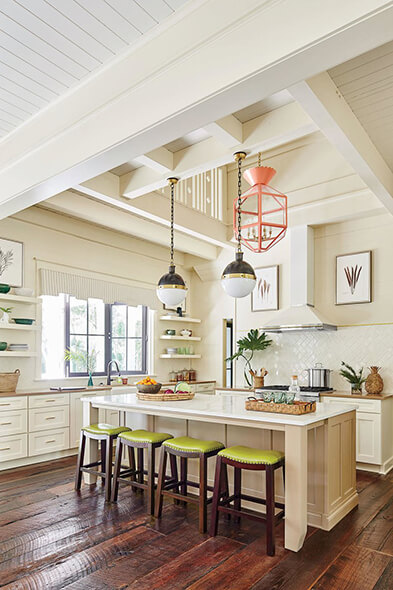 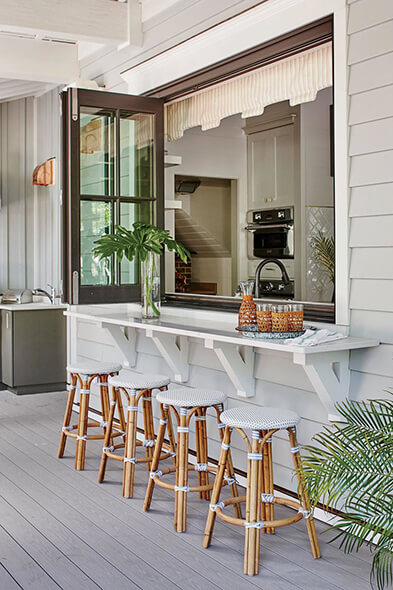 Taking a cue from scenic folding patio doors, this kitchen boasts a truly unique feature—custom bi-folding windows from Marvin. They fold open to create a pass-through for food and drinks, making entertaining as breezy as the island air. 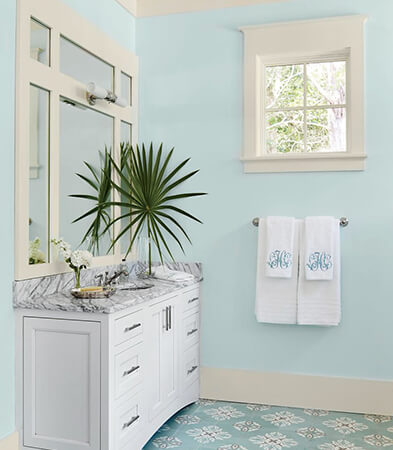 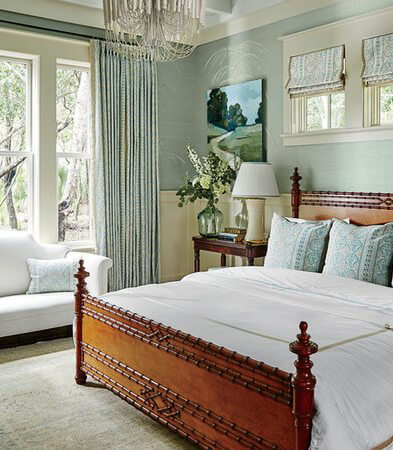 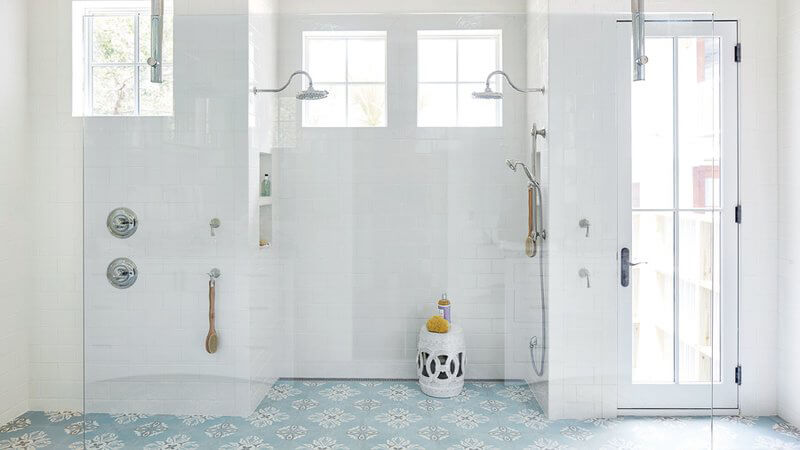 At the beginning or end of a sunny Carolina day, this master bedroom and spa-like bath retreat offers a calm zone where relaxation is required. Casement windows and an unexpected swinging patio door direct to the outside oasis bring a light and airy feel to a bright and patterned bathroom that complements the cool blue hues in the cozy bedroom. 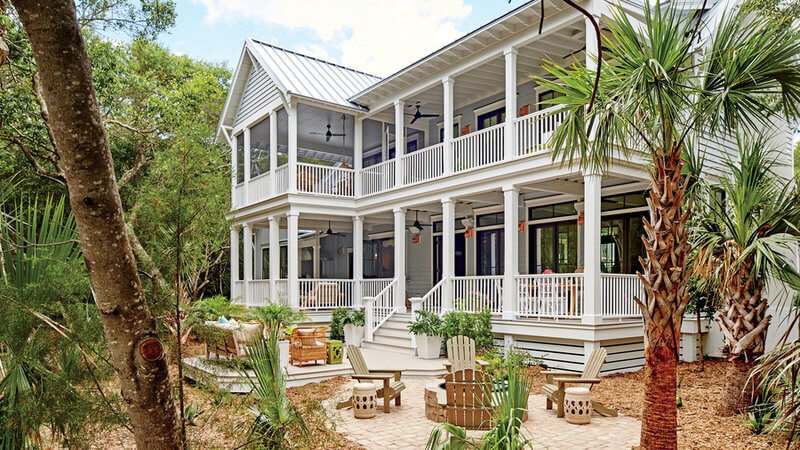 Like each unique space in this stunning getaway, pattern, texture and bold colors come together as a feast for the senses and natural extension of this tropical setting. With expansive wrap-around porches, there’s not a view you can’t love from this home.


Visit Southern Living to see more images and read about the designers’ inspiration for this dream beach house.