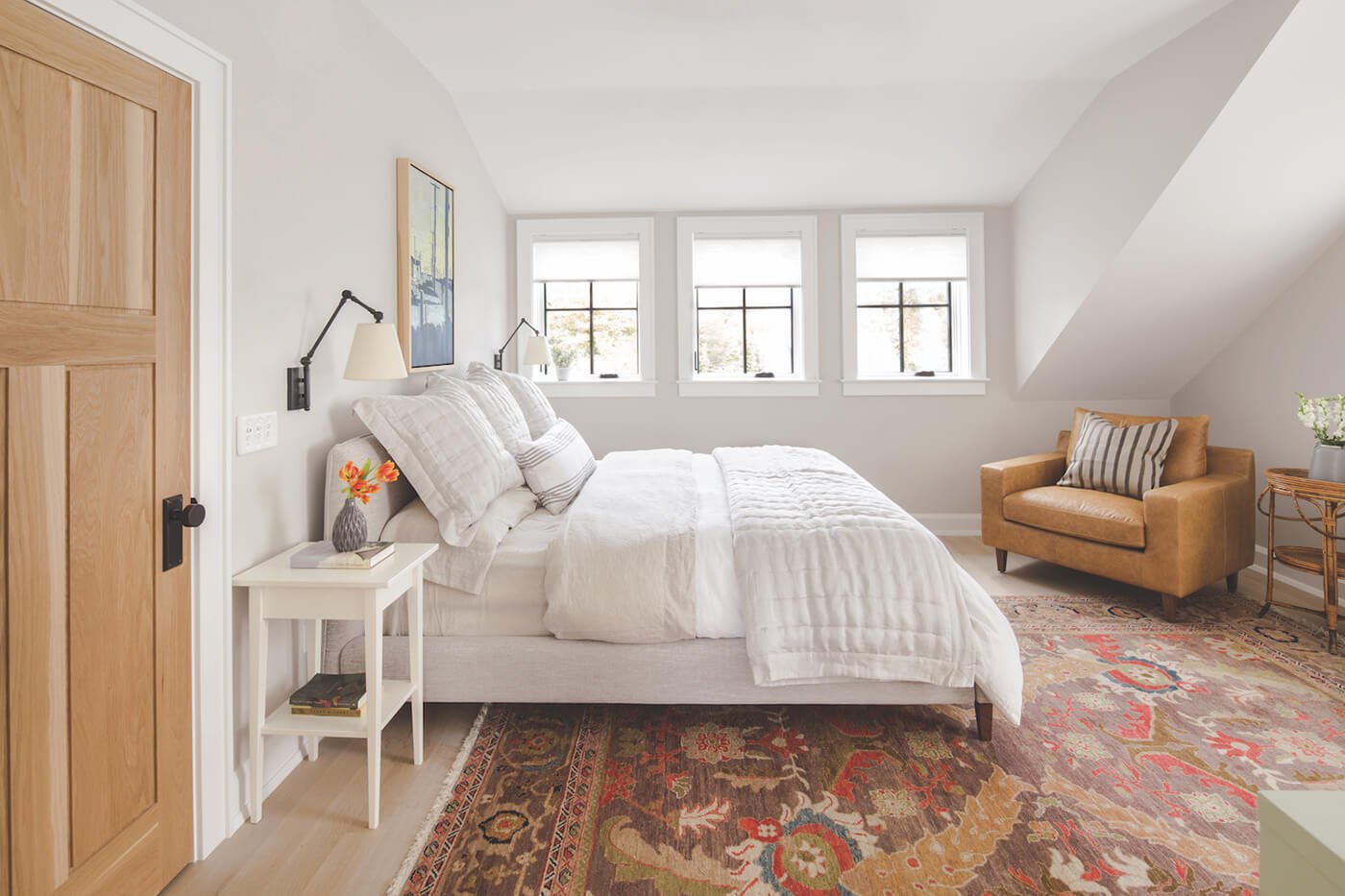 On the 40th-anniversary season of This Old House, an old cottage meets a new challenge as it gets fitted for modern energy efficiency standards.


When homeowners Dana and Don Powers decided to leave their house in Providence for a new chapter on a small island community outside of Newport, they knew that they wanted a home that would reflect the lifestyle they’d always wanted—one where they could use energy more responsibly while raising their two boys in a charming and close-knit community. After more than two years of searching, they made the unexpected purchase of a 1,000-square-foot cottage that—at nearly 100 years old—needed a lot of renovating.


Turns out this was a challenge perfectly suited for the This Old House crew on their 40th season. Tom Silva and his team of craftsmen embarked on an unexpectedly modern historic renovation to convert the aging cottage into a larger family home that achieves net-zero energy efficiency standards.


Since a net-zero home must use only as much energy as it can produce, this was no small feat for a home built in the 1920s.

An architect himself, Don knew that he wanted to achieve net-zero energy status, and rework the floor plan and make the house large enough to accommodate their family of four. There was an important stipulation, though—to keep the house recognizable as a Jamestown Shingled cottage and to maintain consistency with the character of other homes in the neighborhood. 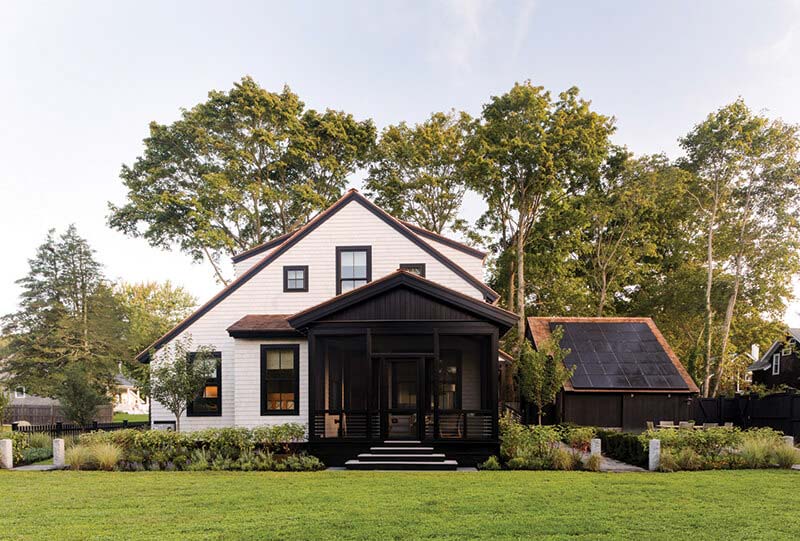 Though the two-story addition to the home had to reflect its heritage, net-zero standards required elements that are unmistakably 21st century. The home was fitted with photovoltaic solar panels and a heat-recovery HVAC system to generate energy—and layers of insulation, ENERGY STAR® appliances and Marvin triple-glazed argon-filled windows keep energy use low.


The home was designed to grow in length—but not in height or depth—with a two-story addition that followed the original lines of the low, cottage-scale home. The addition allowed the creation of open spaces, with connectivity between the kitchen and dining area and the adjacent living room. 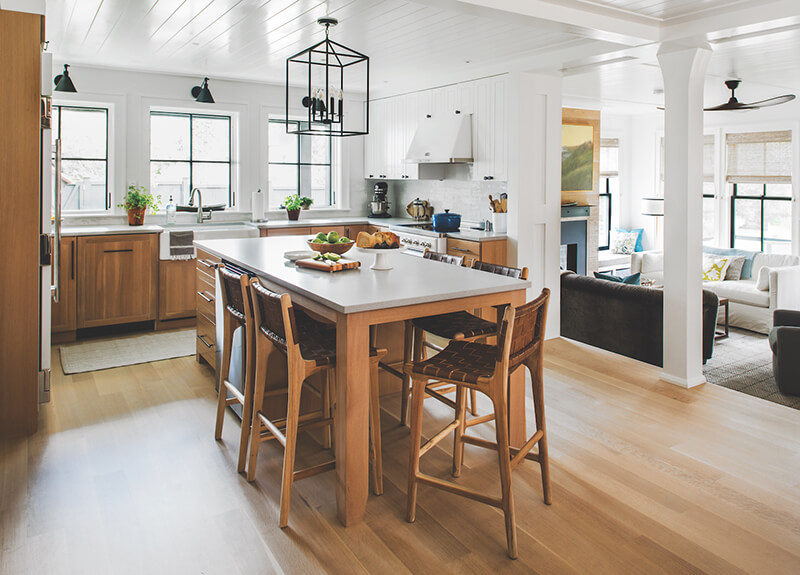 Expansive 9.5-foot ceilings and large double hung and casement windows give a sense of spaciousness to the new living room, and a French door provides direct access to a screened-in porch. Pale oak wood tones, white walls and glossy painted ceiling planks help reflect light into every corner of the space. 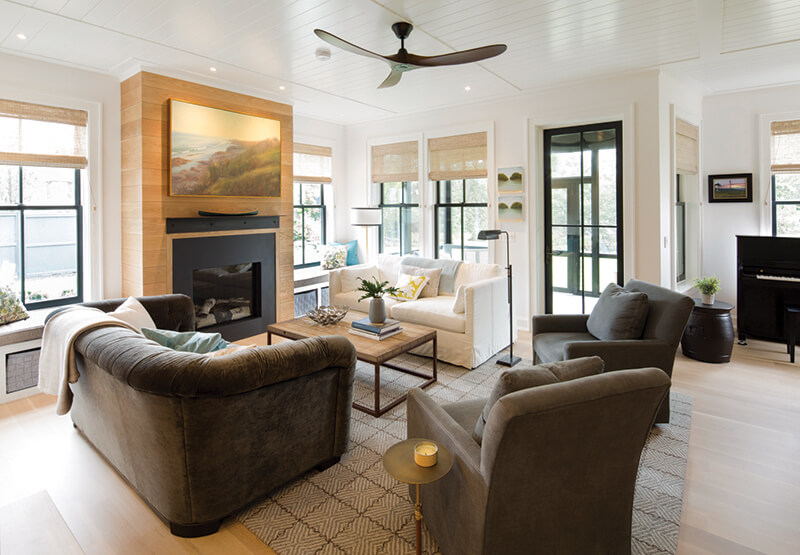 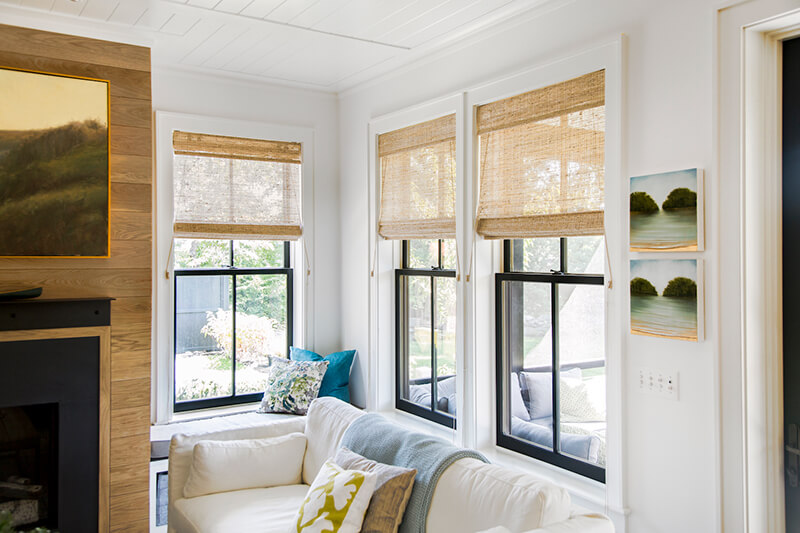 Throughout the home, the windows simultaneously stand out and fade away thanks to a mixed window finish with black painted sash and white frames.


More room upstairs meant bedrooms for each of the couple’s sons, a shared bath, and a master suite tucked into a dormer with windows facing the backyard.

Along with more responsible use of energy, one of the Powers’ priorities for their new lifestyle was space for spending time with family. A screened-in porch with views to the living room provides the perfect area for soaking in the sunset and enjoying a breeze on a warm New England day—a tradition this family will enjoy for many years to come. 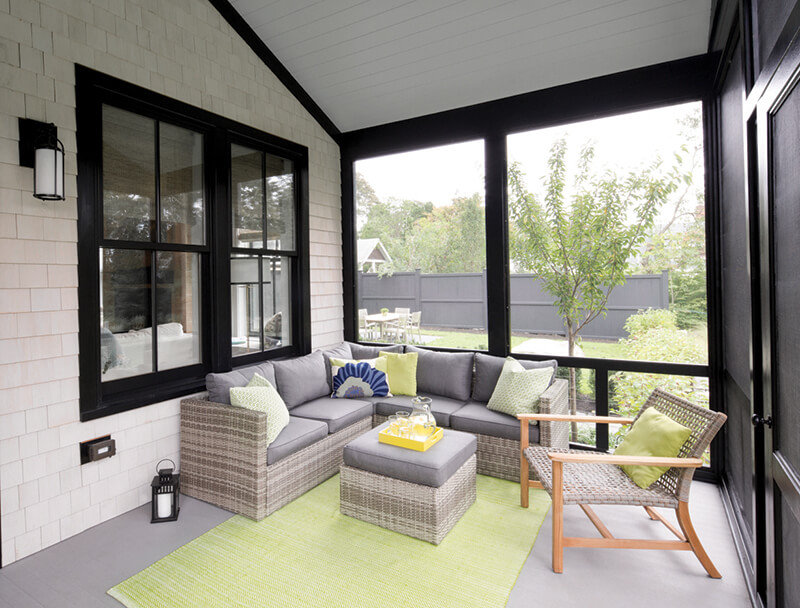 All photos by Anthony Tieuli.


Explore Our Partnership with This Old House